Architecture is for Paya a simultaneous process where several factors are involved. On the one hand those that have direct connection with the discipline architecture: such as structure, construction, materials. On the other hand those which are connected to the “experience” – images being viewed, the program, … – that can be outside the discipline. 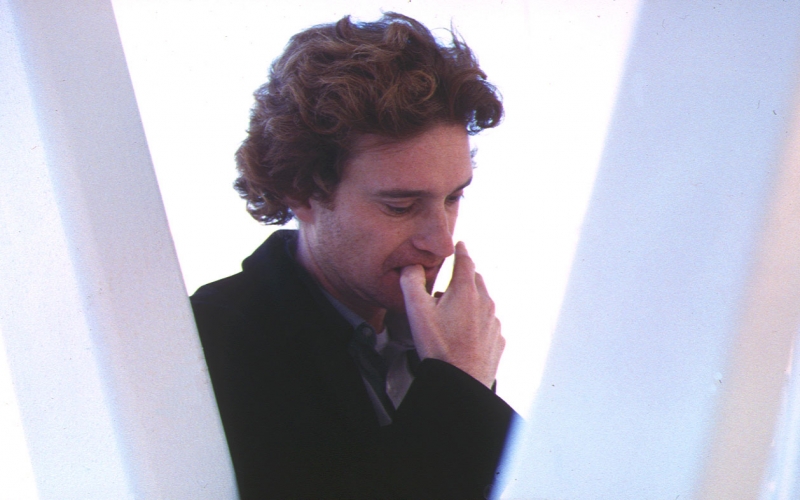 (autotranslated) Alfredo Payá living and working in Alicante. With Solera Vera, he worked among other things together at the government building the “Government Office building” in Alicante and the Chemical Technology Centre at the University of Alicante. Unlike Garcia-Solera Payá develops rather an architecture with a poetic dimension, although a lot of attention is paid to design, structure and detail. Payá’s inspirations are formed by metaphorical images from other disciplines, he brings in relation to architecture. These references the idea of ​​going and the atmosphere he imagines materialize in its architecture. They are interpretive images, which he incorporated into the initial idea of ​​its design, and ultimately building a piece will determine it.

He likens the design to solve a physics exercise. We study theories, formulas, procedures and systems to arrive at an answer. A project is a problem with a lot of unknown factors. We have the tool in order to solve the problem, and our aim is to provide a simultaneous response, both for disciplinary if the extra disciplinary questions. It is a complicated process where doubt comes up, with many ideas to be considered before the decisions are made and the final aspect of the “idea” is strengthened.

This way of thinking is close to the architectural conception of Campo Baeza, a Spanish purist who has probably influenced him greatly. According to Baeza, architecture is an idea in a constructed form. Architectural history is a history of constructed ideas. Forms are destroyed through time, ideas remain eternal. Gravitational thereto and light according to him the key concepts that translate the poetic insight into a physical reality. Gravitational constructs space and light constructs time, makes time meaningful. The main concerns for Baeza so how to control gravity and how to relate them to light.

In the ‘Museo de Alicante Alfredo Payá which I will discuss later, the similarities with Campo Baeza very clear. It relies on the same principles. The ‘Centro Balear de Innovación Tecnologica’ Campo Baeza is similar to the Museo de Alicante The image alone. It creates an almost identical outside in an enclosed travertine patio with a very strong relationship interior-exterior, both screens them off from the disturbing existing environment.

Attention to lighting control; structure, design and detail; material; context … lead him to a simple but powerful architecture which is characterized by inward-looking buildings shelter from the heat of the Mediterranean sun. Near the school Aulario three Javier Garcia Solera museum Alfredo Payá appears as a deeply colored wooden volume that seems to rise from the ground. Like an inaccessible pavilion floats it on a cloth with water.

Once closer you see the sunken patio in the middle of the water surface covered with travertine, where the museum is located. The recessed area protects you from the annoying noise from the adjacent highway and creates an atmosphere of tranquility inside.

This is the picture that was already present at the initial idea. The first sketches show us a floating element on an empty space or on the ground, floating a closed volume that simulates the effect of weightlessness. The first sketches and the final version are not so far apart, sketches, models and reality merge. His simple shapes have a special power, which is generated by pure and solid geometry.

In explaining the project he refers to paintings, sculptures and architecture that influenced him in some stages in his life and he sees recently reflected in the museum building. They are not literal transpositions, but images stored unconsciously in his memory and to appear for some reason in the museum project in Alicante.

It’s difficult to explain these influences and how they are connected with his work, but these quotes will clarify the relationship. The first reference that makes Paya is one to the work of the North American painter Rothko. His work suggests certain images that appear in the museum. It has to do with the relation between the materials, the relationship between the two planes. It reflects a kind of vagueness, “sfumatto ‘that makes it seem like surfaces overlap, while the relationship is revealed between.

This aspect has helped him to resolve certain questions regarding the building. It gave him the inspiration to give a certain character to the building. Light and atmosphere pull Payá’s attention. A reference that clearly translated in the museum is the small megalithic monument at Menorca Tudon Vessel. Here manages the skylight is to envelop the room in a way that each level will be strengthened: the walls, floor and ceiling. In the hillside at the entrance of the patio is achieve the same effect.

Paya also refers to the work of Giorgio de Chirico. The large contrast between light and shadow in particular attracts his attention. It is for him an artist who understands perfectly the effect of the Mediterranean light in enclosed places, public places and open spaces. The idea of ​​the temple of Edfu in Luxor helped him to create the atmosphere of peace and tranquility, which he wanted in the museum. It is a simple process: design an area protected by an open space and at the same time cut off from the most immediate surroundings.

The reference he makes to Giacometti’s sculpture “Plaza de la ciudad” is the sphere of public space that he imagines in the museum. It illustrates a public space where eyes never meet each and every character goes its own way. It shows the position of each piece in the whole how individuals try to meet with each other to create the idea of ​​a common place from different starting points. According to Paya, this is a work of art that reflects the relationships of the world now, but ever more impersonal relationships and become autonomous.

A clear reference point that he mentions is “Casa de campo” Cabrero Asis. Here you can also see that box construction techniques. He wanted to create a similar spatial continuity. His reference to Mies Van de Rohe is also not unjustified here, in the sense that the relationship interior-exterior enters into a mutating embrace. This is the relationship that he wants to achieve in his museum.

He is also influenced by oriental architecture including Buddhist temples. In the sense that the idea of ​​modulation caused by the construction of the building – structure, wood, stone – obsessively applied, giving the building a sense of calm. The inaccessibility of buildings is something which fascinates him. The feeling of a building can be observed that can not be achieved. You often see this in oriental temples, castles and fortresses.

The character that he wanted to give to the museum is primarily determined by Kahn’s Kimbell museum that Payá is stuck at a conference by JM Montaner what he was talking about museum styles. Especially the trend set by the latest developments has stayed with him, which Montaner told how there developed a tendency during the ’60s to a closed box museum that offers a wide range of exhibition opportunities.

What Payá has the most influence in the statement of Montaner, his idea about the lighting in museums. The essence of a contemporary museum, he said the merger of skylight with light horizontal invades and thus connects the exterior with the interior. The zenithal lighting creates a clear perception of the objects, while horizontal light creates a link between the spectator and the exterior.

With these different references, he wanted to demonstrate how architecture as a discipline is linked to the world of ideas, the world of thoughts. The project is a set of functions linked together by an open space. Due to the specific color of the material extra attention is drawn to the main building -the museum – which is nothing more than a wooden box, seemingly weightless on a state void of a frameless glass wall. Only the rhythm of the supports of the truss porches – from which the whole structure is built – demonstrate the conduction of the vertical loads. The exterior is lined with tropical veneer, the volume gives this deep color.

A-Zone is incorporated as a gap in the wall of the building to allow easy maintenance allow to control the lighting and the ability to create to provide audio-visual equipment to project images on the walls make the building a variety of exhibits can absorb.

Inside plunges zenital exposure you in a sea of ​​light. The building is accessible via a ramp that descends below the water surface. The light penetrates the covered area, so you get an alternation of light and shadow. In this zone you will find the administration and services for the publication on the right. At the end of the ramp emphasize different kinds of furniture, and large wooden blocks, the entrance to the auditorium and the right of access to the temporary exhibition space left. The auditorium is mirrored in an outer amphitheater. The glass wall between the two can be folded back, in such a way that the two spaces can be merged. There is always a relationship between two spaces. Similarly, the temporary exhibition space in relation to the central volume. The lower building seems to open itself in order to look at the upper building of wood, while in the main museum a narrow gap is achieved because the other areas are lower. There is always thought of in parallels, with a public space formed by the patio, which the continuity between interior and exterior versterkt.Het is the result of a well-defined program.

It had two large exhibition spaces: one for the permanent collection and one for temporary exhibitions. Two auditoriums were needed: a covered area and an outdoor space. There was also need a space where administrative services and archives had to be centralized.

Apart from the functionality of the building, also had the external factors of the site, as the noise from the nearby highway to be considered. It is not the central building itself that the project is so strong, because this volume is not more than a box. It’s all in itself: its location, the patio, the underpass, the void that connects the different functions, the relationship between the spaces. We also experienced the outside as the strongest charged space where different relationships are most palpable.