The architectural heritage of the former Belgian colony is still barely known. However, it is a remarkably rich heritage, which can be accessed through a variety of angles. 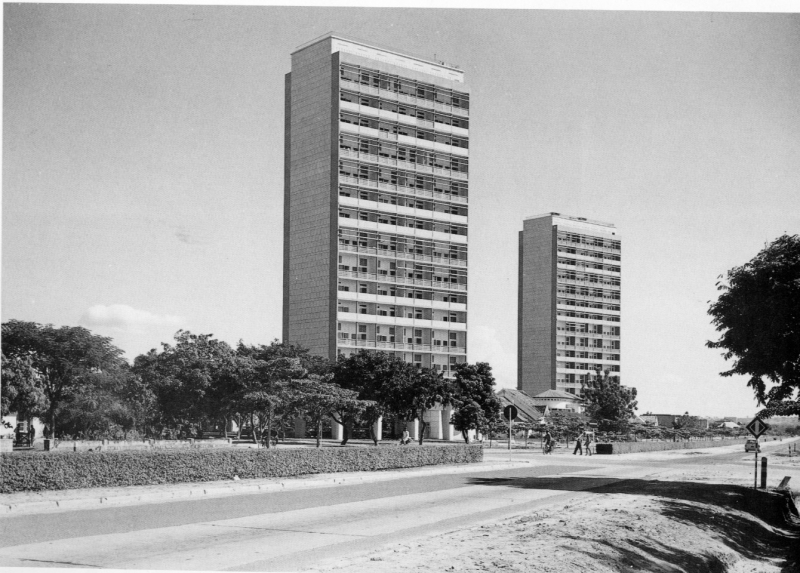 A forgotten building heritage and a ‘shared’ heritage

(autotranslated) Although internationally can sense a growing interest in the heritage of the colonial period, the architectural heritage of the former Belgian colony is still barely known. However, it is an exceptionally rich heritage, which allows access through a variety of angles.

In this lecture, which will be illustrated with a lot of historical and recent material is thematically browsed through the architectural history of the colonial Congo. In addition, it will be clearly historical research on this architectural heritage a different view of the canonical history of Belgian architecture allows. It is not primarily the ‘great men’ from the motherland who have been most active in Congo. Moreover, had developments and discussions about the architecture discipline in the mainland, although often, but not always reflected in Congo. At the same time offers such research opportunities for an alternative reading of the Belgian colonization history. On the basis of concrete examples for will be shown that the structure of the colonial urban fabric of the plan structure and design of individual buildings, but also the use by city planners and architects designed spaces sometimes make clear strikingly how the Belgian colonial project in the practice was implemented, and whether this implementation may or may not be “passed” was.

In this lecture, in other words, not only the role of architects, but also dealt with clients and various user groups. Will also address the statute ambiguous heritage of colonial architecture. The strong visual presence of the colonial heritage in Congo facts do immediately raises the question to what extent these buildings as ‘heritage’ are to be regarded, and if so, to whom that “heritage” belongs and who could be useful as ‘memory’.

Johan Lagae graduated in 1991 as a civil engineer-architect at Ghent University. After several study trips abroad and an internship with the architect Dirk De Meester, he worked for a time as a staff member of the association Architecture as Neighbour Ghent. Since 1994, he joined the Department of architecture and urban planning from the University of Ghent, where he mainly studies in the field of 20th-century architectural history, including around architecture in the colonies and exhibitions around the world. He has published in several, mainly international journals (Fact & Fiction, Third Text, Docomomo Journal …), wrote contribute in countless books and exhibition catalogs (to the recently published Compendium of the architecture in Belgium from 1830 to the present), and compiled a comprehensive catalog along the Franco-Belgian architect Claude Laurens, which appeared in 2001 in the range Meat and Concrete. In early 2002 he obtained a doctorate with a thesis entitled “Congo as it is”. Three architecture stories from the Belgian colonization history (1920-1960). He is currently working on preparing a large-scale exhibition on the colonial past of Congo, scheduled for 2005 in the Royal Museum for Central Africa (Tervuren).