In the turbulent architectural developments in the last decades in Italy, Pica Ciamarra continue to set its own course. A roadtrip that can not be labeled, but each project is led by the internal logic and a plot that requires a correct answer.

(autotranslated) Massimo Pica Ciamarra is a professor of architecture at the University of Napoli. He is also the architect to Napoli where he leads a great architect: the Pica Ciamarra Associati. His extensive body of work, which the Parisian district of La Villette recently dedicated a retrospective, is a versatility that makes your head spin. 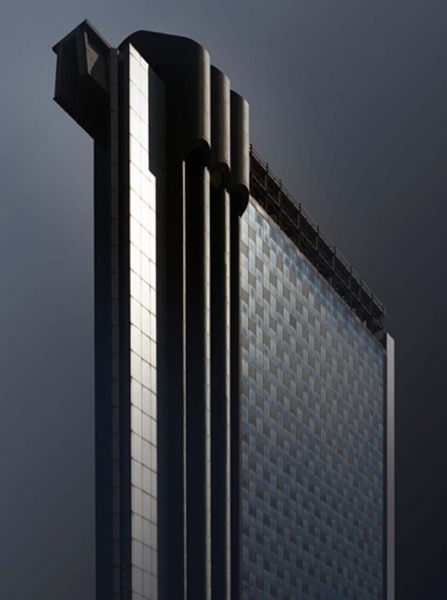 His work was all Italian publications (including Domus, Casabella, Abitare) and Architecture d(Aujourd’hui published extensively. In Belgium, however, his work (wrongly) not known. The lecture and the exhibition would like all interested in architecture offer an introduction to a fascinating oeuvre.

In the turbulent architectural developments in the last few decades in Italy Pica Ciamarra continue to set its own course. A price that can not be labeled, but that each project by project led by the internal logic of a architektuuropdracht and a site that requires a correct answer.

Architectuurcritic Klaus Koenig situates Pica Ciamarra as an epigone of the enfant terrible Giancarlo De Carlo and Team X and fits him like a spoilsport in the Italian ‘postmodern’ debate. ‘Post Moderns’, as Aldo Rossi and his Portoghesi, says Koenig, of the ‘modern’ certainties of the past certainties moved to today. With even simpler formulas typology morphology + + some pediments and columns … Architecture and stylistically problem immediately recognizable signature.

Pica Ciamarra goes straight opposing this. His work is difficult ‘recognizable’. Not because he would be eclectic, but because his style issues are not as important seeth. Although M.P.C. A greater love for High-Tech cherishes, he is not in the right corner to ‘rank’. Ciamarra at High-Tech is not an end in itself but a means of expression where occur extensive technical and structural problems.

A first constant in the work of M.P.C. Rather, it is the quality of the space. The space as meaningful essence of architecture. His buildings are usually experienced as continuous links of spatial units and perhaps to recognize the best of the sections. A cascade of areas that pass gradually into each other.

A second source of his work is the relationship with the site. In virgin territory, the urbanity, its own context created by a complex interplay of indoor and outdoor spaces. Add in built-up areas are located in buildings that they have always been there. His buildings are not objects but part of a contextual continuum.

What Giancarlo De Carlo appreciates greatly Pica Ciamarra is its flexible architektuurtaal based on the final destruction of style or other codes. A architektuurtaal which renews itself again and again starting from a given project, a given site.

Bruno Zevi (the famous architektuurkritikus in recent years as he did speak with his statements about the betrayal that modern architecture engulfed, set in the work of the MPC Assosciati an “exceptional quality and professionalism” fixed “They know with their brains and their stomach the dissonance of Schoenberg to Freud, the identity of modern art. “

In short. Pica Ciamarra is a kontroversieel and innovative architect whose innovation lies not in stylistic superficialities, but in an ever again confront the essence of a architektuuropdracht and the site.

The relative obscurity of Pica Ciamarra in the international architectural print room (whatever magazines are sometimes), interested parties should not prevent to meet with the multifaceted oeuvre of an important Italian architect.