Their young oeuvre example of craftsmanship and maximum spatial impact. In their renovations and custom furniture they combine tactility, experiment and surprising use of color. 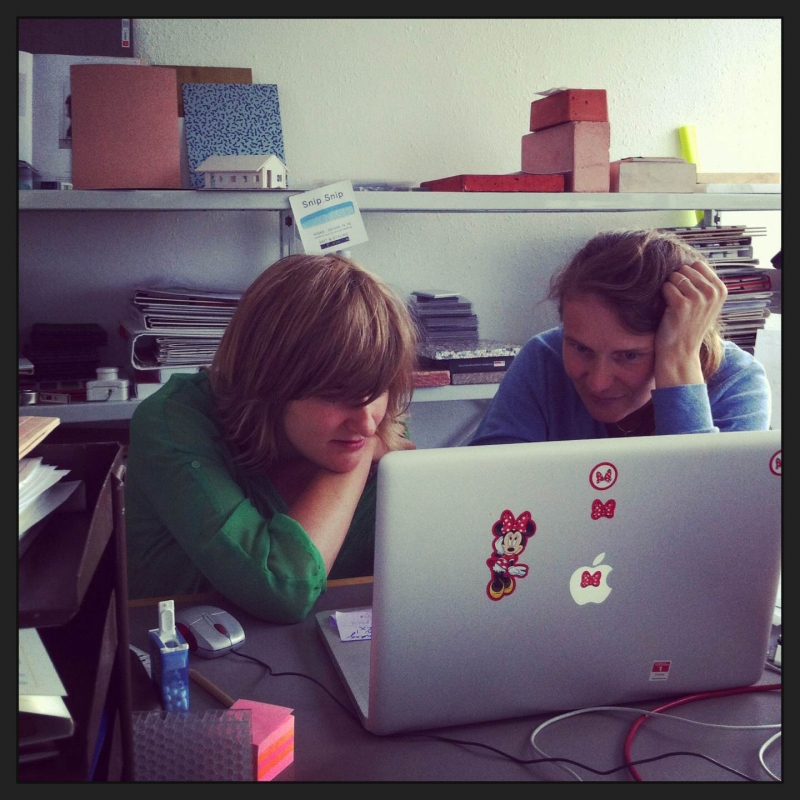 Caroline Lateur and Stefanie Everaert worked after their studies, interior architecture, for five years in the studio of Maarten Van Severen. In 2005 they started their own office. Their oeuvre testifies workmanship and maximum spatial impact. In their renovations and custom furnishings they combine facility, experimentation and surprising use of color.

(autotranslated) In the autumn of 2013 appeared a remarkable publication “Doorzon Interior designers”, the first monograph devoted to the work of the Ghent office. In the book, which appeared as episode 90 of Meat & Concrete, projects Doorzon since 2005 thematically and chronologically. The introduction is written by Halewijn Lievens (NU architecture studio) and the essay by Christophe Van Gerrewey. 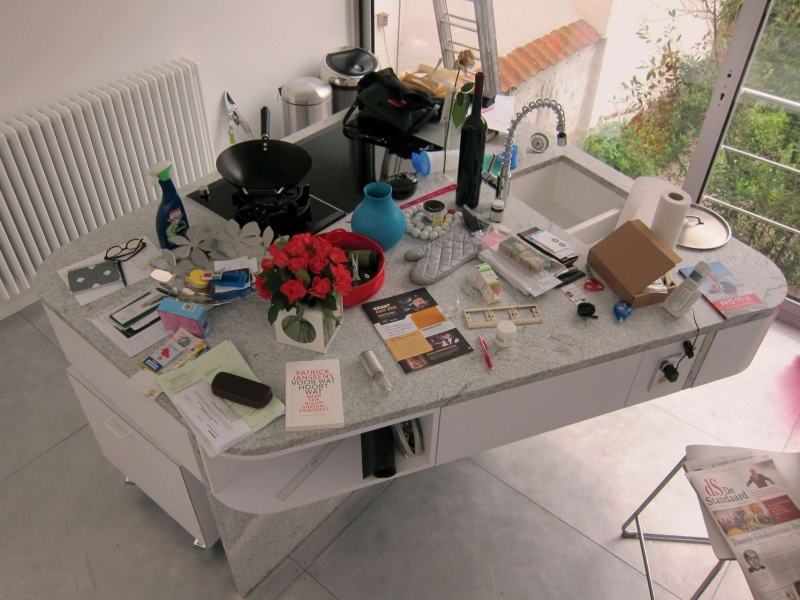 Based on a number of passages from the essay we wish to give you a taste of the fascinating oeuvre Doorzon Interior designers. The author examines the border, the differences and similarities between architecture and interior design, and goes through a number of elements as the fixed furniture, cabinets, mobile furniture, the bathroom, both in the broad reflection as to the concrete projects. Here are some considerations independent of the realized works.

“But how does that work, how can an interior designed, if it exists at all – like the inside of an architecture that comes from another, and which perfectly through the occupant can be filled?”
(p11)

“The primer design, which immediately forms the foundation of the approach Doorzon, a radical functionality – radically because of known objects and the standard rather than striving for acceptance and recognition for functionality; because the certainty that there should always other practical ways out are possible; and because in the domain of the interior, even more than that of the architecture, there is no place for representation, fashion and ornament – and certainly not for the ornament of the ubiquitous tightness and the sophisticated minimalism. This radical functionalism of course refers to the dreams of modernism, but it has nothing programmatically, it is not exclusive and it does not recreate the entire living environment and is only concerned with himself. “(P 12)

“Maarten Van Severen has also designed interiors, but he is above all a joiner, and although Doorzon furniture as basic element seems to handle, the result of their activity is always an interior.” (P 13)

Hyperextensible furniture:
“(…) Maarten Van Severen exactly did it: furniture designs that have an aura despite their production in series, and the impression to be unrepeatable and onherhaald. In the case of Doorzon is turned over to the board, and it is an extreme individuality, a drawn uniqueness through design and precision still get something general, something universal, something that it does move furniture to which anyone could desire. “(P 16 ) 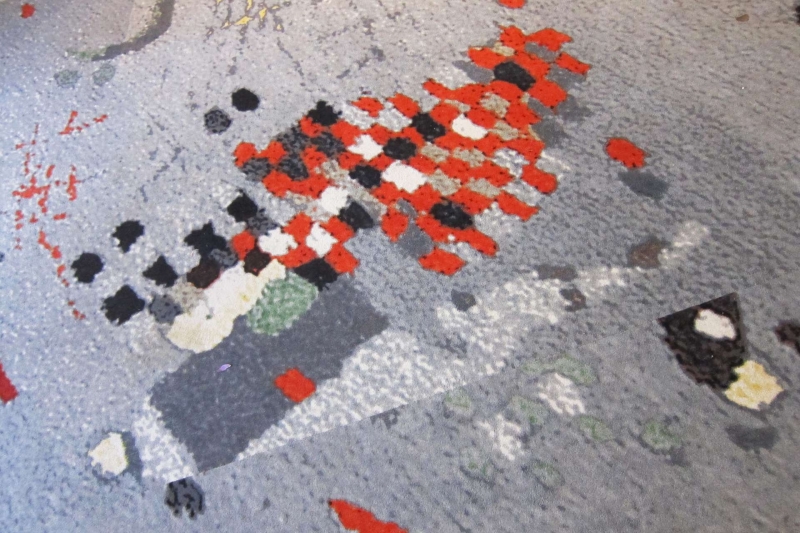 “The majority of interior designers have the urge for meaning and distinction exported in, and is going to make design: furniture and rooms chatting, not about their function, but about their culture, their quality, their origin and their prices in the vain hope to be the occupant for good sake. Doorzon shows another way: that of the interiors exude a function – in the words of Alberto Moravia, “a shape in short, that will not be analyzed or decompose and is as he is, whether you like it or not.” as an interior can be designed so anyway: without signs, without interpretation, without symbols, without ulterior motives, without embellishment, without stories; so the architecture of the ballast can finally be shaken off, and it is of no occupant behavior, no attention, no fear, no performance, no press and no luck even more expected – but only a basic existence. Seen thus practiced is interior architecture, at the same time in a built-up and atomised world, the discipline of the future. “(P 23-24)

The quoted passages do reflect on the intimate intrusion into the everyday experience of space by the user, contained in the skin of architecture. Although the listing of some passages can not convey the beauty of the whole text, tell them – detached from the lyrical essay – still own story.
Like any draft Doorzon interior designers a new chapter, composed of many sentences, phrases, words, creating a warm and growing narrative. Their numerous projects such as furniture, cabinets, interior concepts, bathrooms, bedrooms, scenography, mosque, carpets, garden pavilions, countertops, kitchens, bookcases, waiting rooms, offices, color studies and cottages, take us to a quirky tale in which a treasured naivety, private logic and a resolute perseverance provide wonderful results.