The “new” or re-emerging naturalism in landscape architecture dramatizes the longing of man for the alleged paradise, for example, the High Line in New York, and the work of Piet Oudolf. Denis Dujardin, landscape architect works national and international with renowned architects, gives us insight into the evolution of the current landscaping. 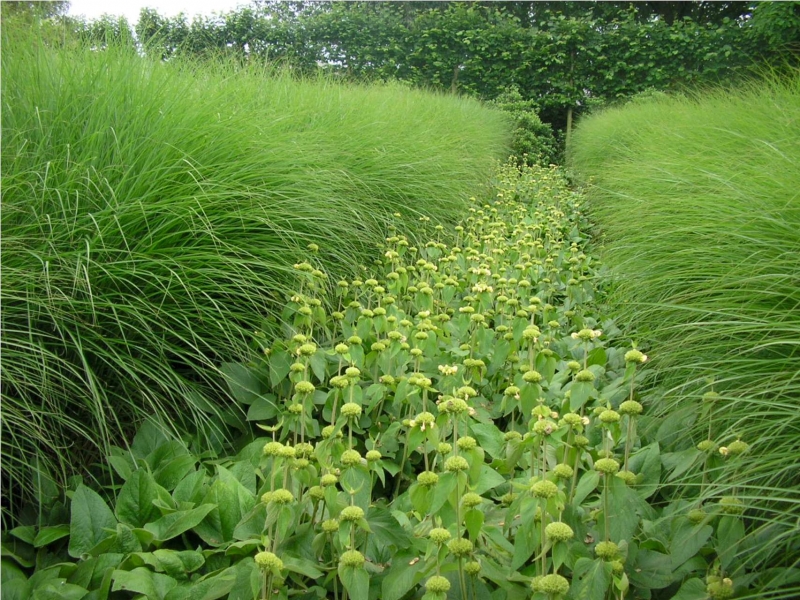 Late nineties, the book “New Flower, New Gardens” by Michael King, which was told about a new form of naturalism in landscape architecture, based on the example of ten landscape designers worldwide. Underneath the Dutchman Piet Oudolf, who is responsible for the planting schedules on the New York High Line. In that book was included also the Flemish landscape architect Dujardin.

Denis Dujardin gives a lecture about his own work, and the broader framing of – and consideration of – the naturalistic “style”, which in landscape architecture in a great decade leading to it becoming, where grasses and “natural-looking productions” image determine, and which includes buildings, both vertically and horizontally, increasingly “greener” to be dressed.

Values ​​are often influenced by underlying myths. The landscape with its ever receding horizon as a boundary, a spatial area of ​​choice to project myths. By the elusive factor that nature is well – nature that causes a perpetual movement in the landscape – which is the subject of human nature enchantments to overcome the fundamental fear of the unknown. The underlying myths upholster which spells but also nourish terzelvertijd those myths. Landscape architecture or landscape-theater, as I sometimes call it, takes place within the mythological field.

Either man explicates his power on the landscape by a reassuring anthropogenic imagery, or he mimetiseert natural dynamics, by patterns of it to use in the theater, he makes of that landscape. As if the surgery purely “physogeen” would be. By nature itself created, as it were. For convenience, we call on a small scale sometimes the “Wild Garden”. This alone is etymologically a contradiction. Garden stores enclosure in the Saxon. Enclosure which excludes the Wild net.

One of the myths that runs through that story is that of the longing for a kind of primeval paradise. A v00r authenticity of the Fall, to remain just within the Christian tradition. A fictitious place where the man lives in a kind of proportion and harmony, with the endless amalgam of life forms that Darwin was unmasked as an arena in which to survive – often at the expense of the other – central. The mimetiseren of surgery on the landscape nourishes looking away and its related, comforting delusion of man. When would provide him beneficent nature images. In the case of mimetism man builds himself a visual language, which just creates that illusion.

It is one key factor that may – with caution – not a myth: the value of biodiversity. We may assume that many different life forms in one place, which themselves may or may not interact, giving rise to a capital gain (for humans). 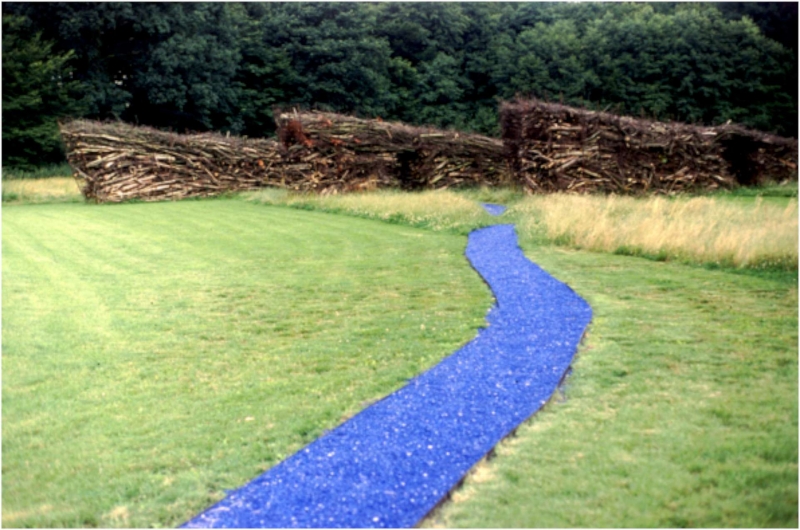 For me landscaping negotiated with nature, with social subgroups can recognize themselves in a win-win-win situation. Image quality, biodiversity and sustainability are superimposed. It is wanted to work with nature and not against it, because sooner or later, the ying-yang-wise still return as a boomerang. That often results in a visual language in which the production process is not immediately readable, but only results in a second or third reading to a kind of aha. Like in a movie, during which you will be taken entirely in the (visual) story, and afterwards, will analyze the creative process.

I tend to call it “pragmatic minimalism”. This is anything but a search for an “essence”.
It is apparently at least in appearance, but there is a pragmatic and intelligent image-staging behind, and also a thorough vision of the included therein functional aspects, which are based on a thorough knowledge of the other – Nature – with its cures , quirks and characteristics. 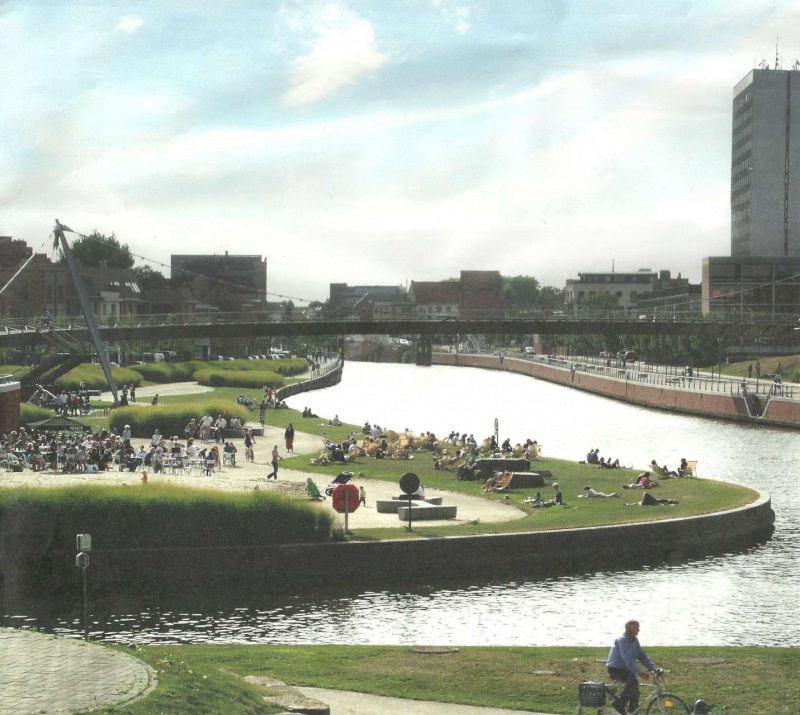 This is accompanied by a metaphysical component. Other unknown which is theatrically staged as an autonomous force, with a distinctive appearance. But as the word says. It is a “performance”. In which the actors have a certain autonomy. But this autonomy is limited. And very often situates the border itself, in the anxious refusal of the man to see the notion of decay and rampant chaos, as a sublimation of the thought of our own mortality. It is an image staging an ode to life itself. As an ode to the Nietzschean creative urge. Even if incantation of fleeting time. Against the hard insuperability in, what film director Gaspar Noe in a simple quote sums up as “Le temps détruit tout”.

The “new” or re-emerging naturalism in landscaping dramatizes just the yearning of the human being into this supposed paradise. An example like the High Line in New York, and the work of Piet Oudolf as such is a perfect exponent. But it may be more advanced version, where the autonomy of the actors is larger, just boost biodiversity. Something we on a daily basis in practice, seeking to go.