Archipel is dreaming for a while of oral archive in the form of interviews with architects. We found an ally in Studio Fragile, directed by Carl Bourgeois. Students armed with passion, enthusiasm and entrepreneurial spirit went to work with camera and microphone. 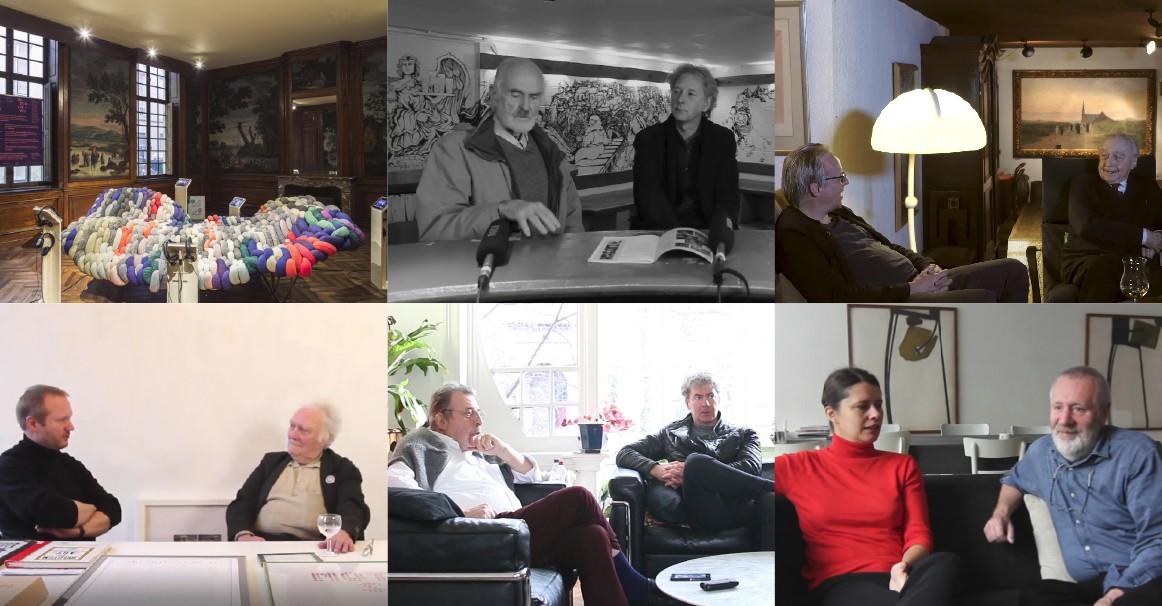 Archipel has dreamed for a while of oral archiving in the form of interviews with architects. She found an ally in Studio Fragile, led by Carl Bourgeois. Students armed with passion, enthusiasm and entrepreneurship were getting started with camera and microphone. In a short period of time, they acquire basic techniques and act from their architecture training.

In 2014, Studio Fragile launched the initiative ‘mOmenten’, where a generation of devious practice lecturers was interviewed by students. As a starting point, a master-student conversation was polled into the key benchmarks in the master’s career, and the meaning of this practice for (interior) architecture education and vice versa.

This concept was further developed in the academic year 2015-2016. This time, the dialogues took the form of a duo interview, involving a younger generation of practitioners with her heroes from the recent past. What were the challenges and key concepts within designs in the 1970s and 80s and how do they differ with contemporary? What influence does the architecture discourse and her crystallization exert on education in various professional practices? And is this different today than before?

In close cooperation with Archipel, the Design Museum and in accordance with architectural archives such as the CVAa, the students received a professional framework, which immediately results in a public agenda. In the spring of 2017, lectures on these discussions will also be organized with the people concerned at Campus Sint-Lucas.

These interviews will be exhibited from the 19th of November 2016 to March 5, 2017 in the Design Museum of Ghent in Louis XVI.

From the ‘Lightbed’, arising from a collaboration between 51N4E and Chevalier-Masson and Julie Van den Broucke, you look at duo talks.