Ghent has a surprising number of bottom-up initiatives in the creative sector. This angle was considered during the first Ghent Architecture Prize by professional jury member Ciel Grommen. She works on the border between art and architecture, often in cooperation with others, and shows her work. 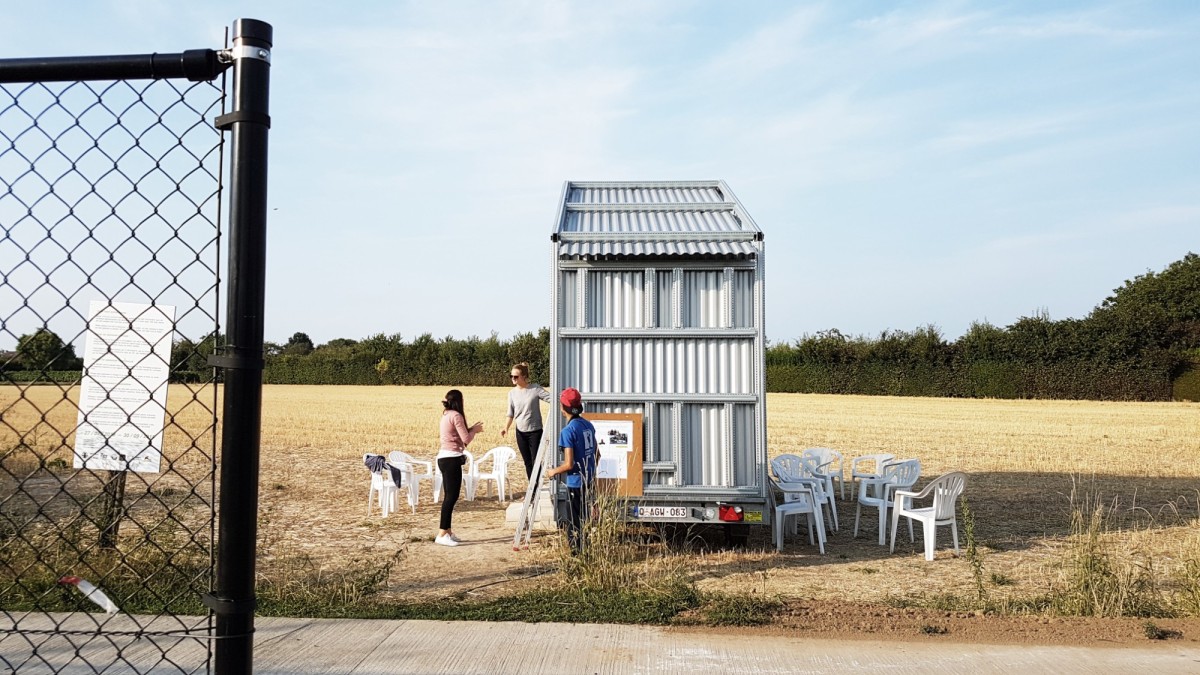 
Ciel Grommen works on the border between art and architecture, often in collaboration with others. A regular partner in crime is Maximiliaan Royakkers. Their work as a duo questions existing social, political and ecological dynamics on the threshold of artistic research, education and spatial design. They often take complex social contexts and disturbed landscapes as their starting point. As spatial designers they want to weave new stories into existing contexts. Through extensive fieldwork, spatial interventions and symbolic activities, they test alternative ways of being in the space.

“Surprising connections and cross-border encounters are like the power of habit for Ciel Grommen. In her transdisciplinary work, the Brussels native seeks out new social and cultural differences, which often lead to a lack of understanding and the breakdown of solidarity among the masses. Above all, they offer her inspiration and beauty. Ciel’s projects start from the occupation of a place. As a researcher, Ciel assumes a new role, observes habits and customs, establishes relationships with residents and shares daily life with them. So there is no critical distance, which is typical for a researcher. There is, however, a great personal commitment. The result is work on the cutting edge of visual art and architecture.
Birgit Van Asch

Ciel Grommen continued her education in architecture at KU Leuven (2012) with a Master’s in contemporary art at HEAD in Geneva (2015). Her works have been exhibited internationally, including at Artsonje Art Center, Seoul; Live In Your Head Gallery, Geneva; and Z33 in Hasselt. But even more often they appeared in non-institutional contexts, such as Petit Chateau, the asylum centre in Brussels, her neighbour’s mailbox or the Aldi car park in Borgloon.