Pascal François composes. He moves with planes and volumes, reduces then until the essence of material and space remains. Each project is an investigation into the use of the entire spectrum of architectural resources.

Pascal François composes. He moves with planes and volumes, reducing until the essence remains of material and space. Each design project is an investigation into the use of the entire spectrum of architectural resources. Elementary forms, beautiful material compositions, smooth flat walls and bright spaces result in buildings that seem very obvious and seemingly simple. The luxurious simplicity that this architecture with itself, can be read as a countercurrent to distance itself from the volatility of the popular culture. His designs attest to the unique fusion of power and gracefulness. At the same time the spatial solutions drops without any friction along with the intended function. 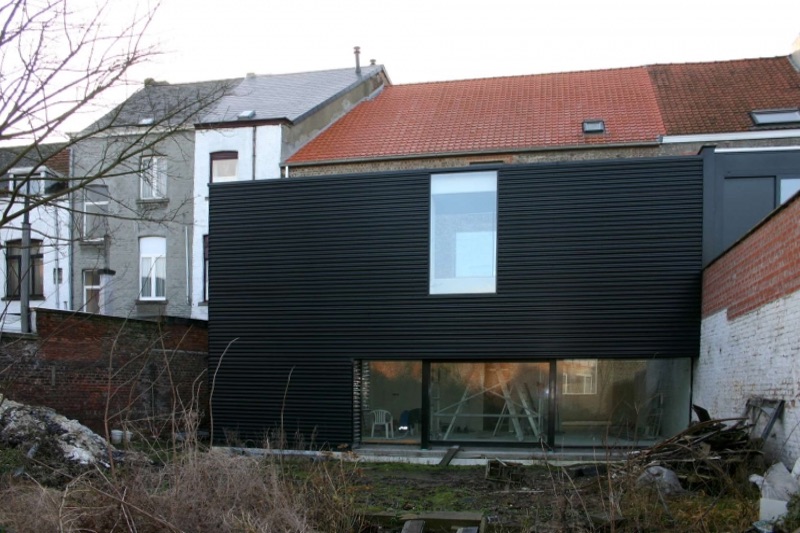 Liesbeth Melis described François’ work in 1997 in the journal “the Architect” as “an architecture that is very physically in all its simplicity and abstraction by the way materials are used. Behind the often beautifully materialized facades are pretty open spaces.” It is certainly true that he adds an extra layer of meaning to the material, but also faces, light and reflection not sacrificing important. Often, a building is stripped of all additions with the aim to obtain a continuous space in which light plays the leading role.

François’s oeuvre is characterized by diversity alongside directness and clarity. In particular, the connection between the location and program is striking. In the tension between autonomy and connectedness with the location resulting from the perspective building, is not only the architectural preoccupation with the character of the place reflected. It also has to do with the tension between attachment and rootlessness that characterizes the lifestyle of the residents.