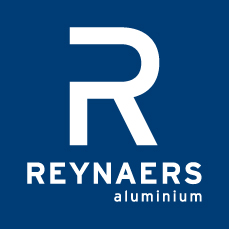 The book offers a comprehensive overview of the work of Robbrecht and Daem architects from the early eighties to the present. Why there are ’5 Themes, 9 Key Projects, 11 Titles, 49 Voices, 63 Projects, 75 Glosses’ etc .. etc .. 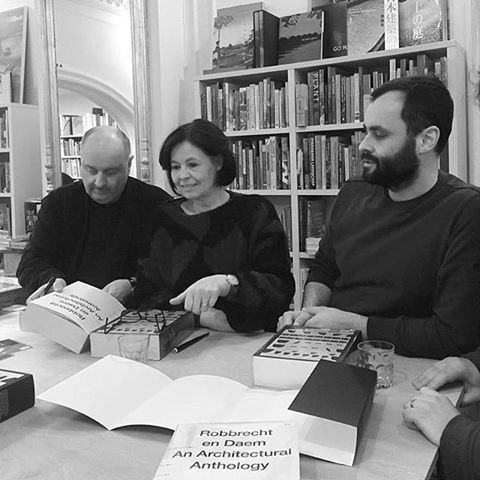 On the basis of sixty-three projects, the publication shows the research and interests, the lost souls and the successes. An Architectural Anthology brings together different works and voices as a symphonic poem: 5 Themes, 9 Key Projects, 11 Titles, 49 Voices, 63 Projects, 75 Glosses. The publication shows how practice has grown systematically, and how a number of thematic lines in the oeuvre are visible. The book is built around five essays that focus on the different intense collaborations with internationally renowned artists, the dialogue with the architecture of old masters (Mies van der Rohe, Victor Horta, Henry van de Velde, Boris Iofan and Marcel Breuer), the attention for the presence of man, the designs of objects and furniture, and the fascination with numbers, proportions and rhythm. 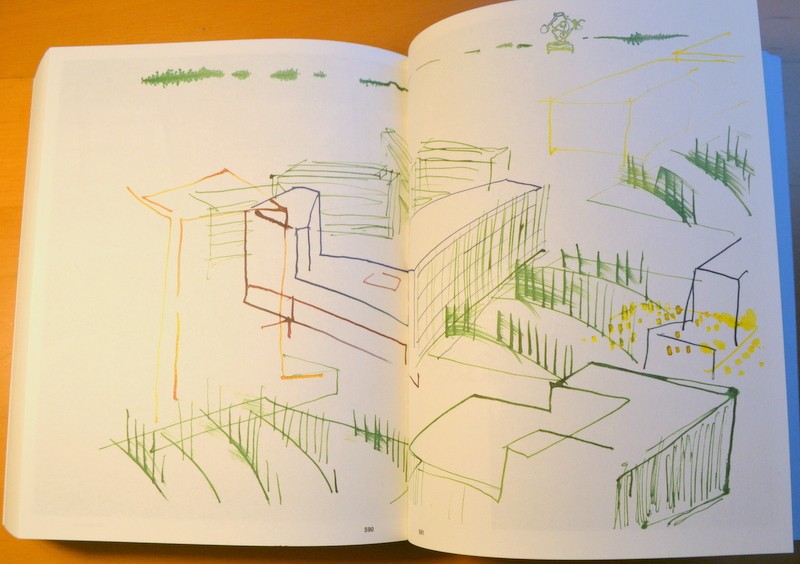 From a dovecote in the Dutch village of Dorst to the Concerthal in Bruges, from an art gallery in Whitechapel to the City Archive of Bordeaux: the oeuvre that Robbrecht & Daem Architects has developed since its inception in 1975 a variety and maturity that also stand out internationally. This revealing book tells the story of Paul Robbrecht, Johannes Robbrecht and Hilde Daem from the 1980s: their experiments and interests, their ‘lost souls’, their successes. Starting from new, unpublished material, this accordion book covers a wide selection of 63 projects, divided into five major themes from different angles.

“For us, the book is not just a retrospective. It is also a statement to see architecture more spacious than just building buildings. Architecture is part of society, of public space, and also of the cultural field. Architecture would sometimes have to claim its place in that wider field. This book is a bit of the story of our lives, but we hope that it can also be an indication, direction, orientation of how to proceed.” 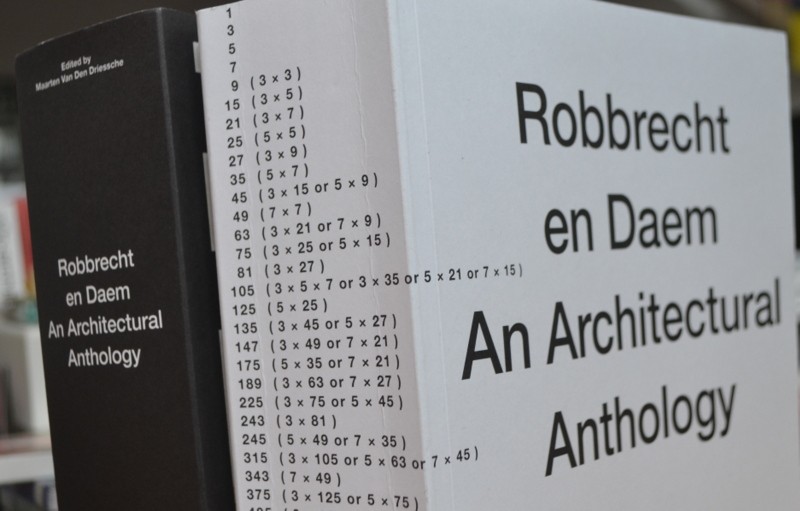 On the Archipel evening, the author, Maarten Van Den Driessche explains, under the name: THE MAKING OF .., how the book was created and compiled. Why there are 5 Themes, 9 Key Projects, 11 Titles, 49 Votes, 63 Projects and 75 Glosses’. And so much more … ‘The wonder of Louie’ and the fascination with numbers, proportions and rhythm at Robbrecht and Daem are unveiled.

‘Robbrecht and Daem. An Architectural Anthology’, compiled by Maarten Van Den Driessche and published by Mercatorfonds, was published on November 20, 2017.