Branzi gives clarification on its “Ten modest recommendations for a new Charter of Athens. He sees the city as a ‘high-tech favela’

(autotranslated) Andrea Branzi gives the lecture ‘The Weak Metropolis’ on the invitation of the Chair Charles Vermeersch (2010+). Branzi gives clarification on its “Ten modest recommendations for a new Charter of Athens. He sees the city as a ‘high-tech favela’ (with a computer for 20 m2), as a place with cosmic hospitality, a genetic laboratory. “ His “weak urbanization” scale show reversible infrastructures: “Any intervention must be reversible, incomplete and flexible, because everything is final, it is rigid and fragile.” Branzi sees his projects sooner if reservations about the city today than a utopia for the future.

Andrea Branzi (Florence 1938) was trained as an architect. He is an important internationally recognized and honored architect-designer with projects for Alchymia and Memphis, architecture and design theorist and publicist. He was one of the founders of Archizoom Associati, and one of the protagonists of the Italian ‘radical architects “who promoted the anti-design. Branzi is co-founder of Domus Academy. He is a professor at the Politecnico di Milano. 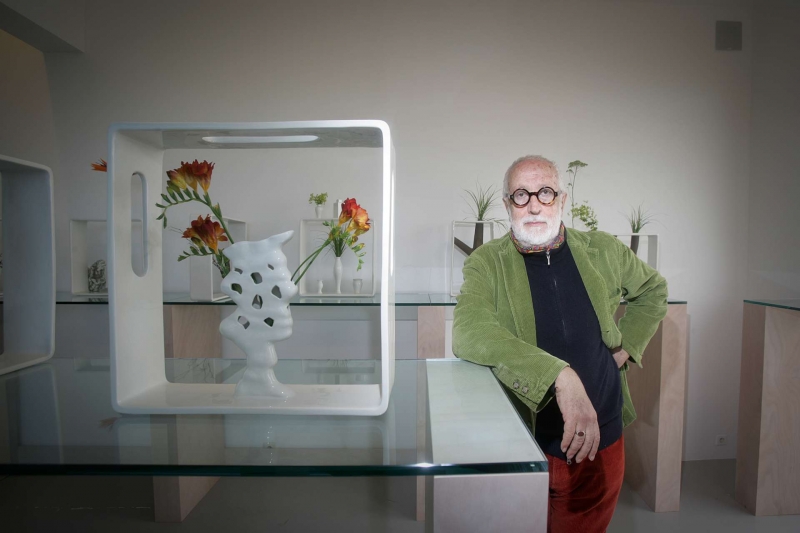 His projects are kept in the archives of the University of Parma and the Centre Pompidou in Paris. In 2008 he was awarded Honoris Causa at the University of Rome, and he became an honorary member of the Royal Academy in London.

At present an overview of his research about. his urban models shown at the Architecture Biennale in Venice.