King Vidors directing is brilliant, the characters and dialogues are unforgettable. The stubborn idealist Howard Roark is played by Gary Cooper, but the real hero is the architectural decor designed by Edward Carrere. 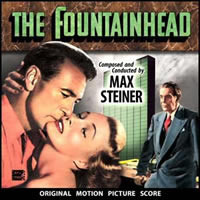 (autotranslated) Howard Roark – a brilliant and young but sin ling architect – is expelled from school for refusing to blindly follow the academic, outdated traditions. He leaves for New York to work there for Henry Cameron, an architect who has suffered disgrace, but which is admired unconditionally by Roark. Roarks classmate, Peter Keating, also moves to New York and goes to work at the prestigious office Francon & amp; Heyer. Roark and Cameron create beautiful buildings, but their projects have little recognition, while Keating gushy talent creates an instant success. After a few years he became a partner in the immense architectural office after he has ensured that Fran Cons original partner had a heart attack. Financial ruin is Henry Cameron mandatory retirement and Roark takes his little agency. 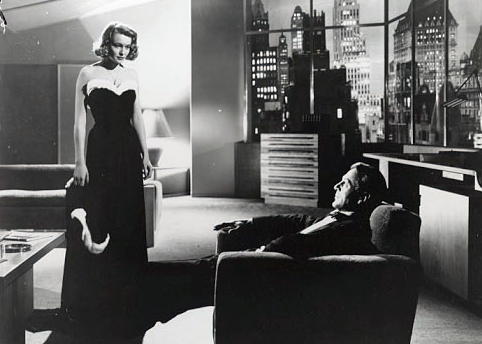 His stubbornness designs do not adapt to the needs of customers, forcing him to take a job in a granite quarry in Connecticut.Daar he meets Guy Fran Cons temperamental and breathtaking daughter, Dominique. She is disgusted by today’s society and has retreated to escape the mediocre architecture they see everywhere around them. Dominique and Howard meet in secret but in public it seeks to sabotage his career and make him verwoesten.Ellsworth Toohey, an architecture critic and socialist, Roark sees as a major threat and are trying to destroy him. He encourages a retarded businessman Hopton Stoddard to Roark in rent as the designer for a temple dedicated to the human mind and convinces the man to finally prosecute Roark once the building is finished. In the meantime asks Keating, which has fallen in disgrace, Roark for help for a housing complex. The concept of social housing fascinates Roark. He agrees the project to design and late Keating with honor to walk on the condition that no one making any change in plans. When Roark returns from a summer long cruise with Wynand, he discovers that the Cortland Homes project, despite the agreement, has changed. Roark blow up the lot and gives himself then without protest to the police …

Ayn Rand’s famous novel The Fountainhead was published in 1943. In that same year, long before the book became a bestseller, Warner Brothers bought the film rights. Ayn Rand herself was hired to write the script. Due to material shortages due to the war the production of the film was eventually postponed for another five years, until 1948.De film has few defects. King Vidors directing is brilliant, the characters and dialogues unforgettable. The stubborn idealist Howard Roark is played by Gary Cooper and Dominique – his seduction and sado-masochistic enemy – by Patricia Neal.

But the real hero of the film is the architectural decor designed by Edward Carrere (Warner Bros. originally approached Frank Lloyd Wright, but this proved too expensive). Carrere designed probably the last epic film that gives publicity to the Modern movement, a tradition that was started in 1924 by the design of Mallet-Stevens for L’Inhumaine. Many of the designs lead to the Fountain Head are a caricature of Wright’s work from the 30s and 40s .The film depicts the adventures of a man who seeks a life, freedom to enjoy and achieve happiness in a country that is supposed beschermen.Als to these rights, you have not read the book, it is advisable to do so. Read, if possible, or the original version; The Dutch translation is indeed disastrous.