McGowan advocates a creative-critical approach when working with museum collections, which questions and twists the embedded logic of the “art museum” from the inside. 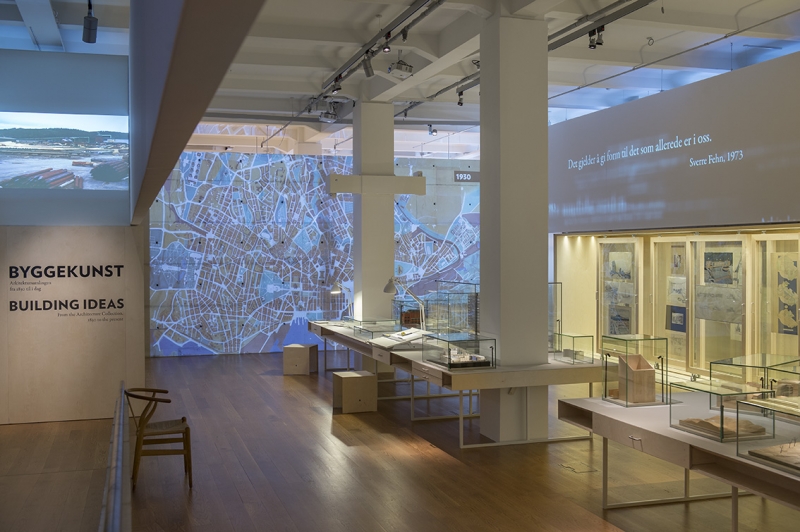 (autotranslated) Curator Jérémie McGowan, curator of the National Museum in Oslo, will discuss among other things the concept of the architecture exhibition at the National Museum in Oslo, designed by Sverre Fehn. In a discussion of his latest curatorial project, the new permanent display at the National Museum – Architecture in Oslo, Jérémie McGowan advocates a creative and critical approach when working with museum collections, which questions the embedded logic of “art museum” from the inside and reverses . He thereby explores institutional randomness and the hidden lives of objects, and prefers the anonymity and the playability of the jukebox upstairs art historical expertise and canonical knowledge. As a commitment to the recovery of the museum as a place for personal invention and imagination, he highlights some tentative experiments with the exhibition of museum collections that will draw the concept of permanent exhibition itself in doubt. Simultaneously convert these experiments, new directions for the increasingly gecontesteerde paradigm of the collection presentation.

Jérémie McGowan is an artist, designer and senior curator at the National Museum of Art, Architecture and Design, Oslo in Oslo, Norway. He holds a PhD in Art History and Theory at the University of Edinburgh and has taught in the past, and exhibitions created in the United States, the United Kingdom and Finland.

Archipel is working with Department of Architecture and Urbanism (University of Ghent), a series of lectures as part of the project ExpoLAB about exhibiting architecture.

ExpoLAB line with a research question to the Department of Architecture and Urban Planning of Ghent University, where students and department members examine the issue of the architecture exhibit. The issue culminates in a master class and an exhibition, both in collaboration with Rotary. Archipel gives its cooperation in organizing four lectures proposed topic with upholster.

Trade today play an undeniable role in the architectural debate. The range of institutional contexts in which architecture is exhibited is wider than ever and is no longer reducible to design contests, architect associations, architecture schools architecture and numerous museums internationally settled around 1980. Today appear architecture exhibitions in biennials, as part of city festivals or even in local cultural centers. In addition, in recent years several Belgian architects showed, curators, artists and research distinguished himself with exhibition projects that sometimes radically the format and the capabilities of the architecture exhibition commemorated.

ExpoLAB The project enjoys the support of the Flemish Community.

02.19.2015
Conversation between Moritz Küng (former architecture curator at deSingel) and prof. Wouter Davidts on exhibiting architecture on the basis of the 2008 exhibition series 35m3 and the competition for the Venice Architecture Biennale in which radical exhibition formats were developed.

02.26.2015
Lecture by prof. Andres Lepik (D), director of the Architecture Museum of the Technical University Munich in the Pinakothek der Moderne. Previously Lepik years working as a curator at the Neue Nationalgalerie in Berlin, where he interesting retrospectives made over to Renzo Piano, AMO / OMA and Oswald Mathias Ungers. Subsequently, he was also curator at the Department of Architecture and Design at MoMA (New York). His lecture will focus among others on the institution context as a condition for creating architecture exhibitions.