The exhibition ‘Encounters’ pictures the uniqueness of noA architects. The collective positions itself as a subtle reconciler between client, building, context and future user. 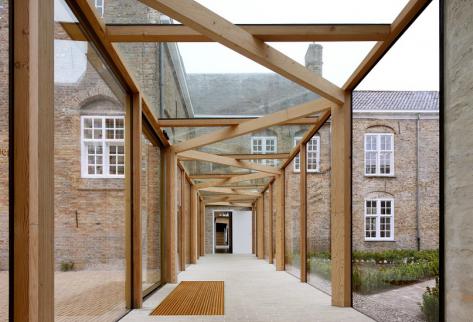 Philippe Viérin, co-founder of noAarchitecten, takes you on a trip through the fascinating exhibition and tells the story of noA architects.

(autotranslated) How an architecture exhibition would look like if they themselves architectural assignment is approached? The demand for an immediate spatial experience is the starting point of this exhibition and places the projects presented in an alienating relationship to each other and the viewer. It’s a system that encourages walking, seeing, feeling, studying as inviting thought.

The exhibition ‘Encounters’ brings the uniqueness of noA architects screen. The collective positions itself as subtle conciliator between the client, building, context and future user. Designing from different positions, sometimes even in one building leads to contradiction and complexity. This ambiguity is deepened by a careful plan and build an accurate selection of color and material. Their architecture is never neutral. She wants to raise, but never pedantic. She is dedicated, offers a place to measure and providing an almost ritual dimension to everyday activities.

A space like a square offering events and experiences, a family of objects, large models of parts of buildings, … a somewhat theatrical staging with a real mise en scène: walking routes, perspectives, rows of walking. And yet the visitor can freely decide the course, reconstruct the buildings, looking, feeling and thinking … The photographs in the exhibition have a separate statute. We show them at full size as a frame which the viewer in another room late stages. You step as Alice in Wonderland into a different world. In a second room of the exhibition is designed as a studio, you will find 10 projects on drawing boards with drawings and small models, a stacking rack contains an amalgam of material that is being built. 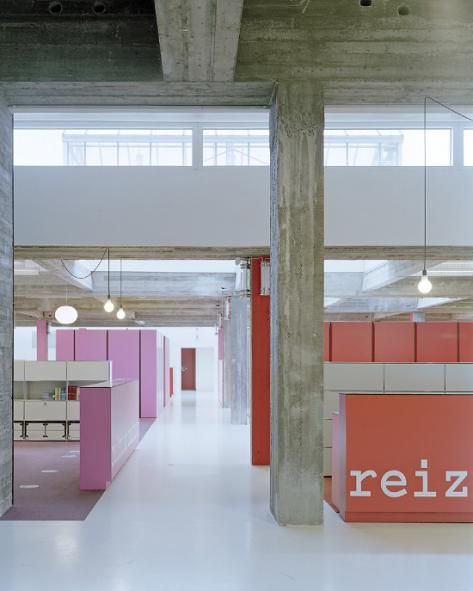 noAarchitecten presents itself since its inception (2000) both with remarkable achievements as small-scale public buildings including the power station Petrol and the expansion of the Plantin Moretus Museum in Antwerp, the museum Texture in Kortrijk, the Town Hall in Lo …

noA architects consists An Fonteyne, Jitse Hongda Philippe Vierin and a team of 15 architects. The three architects are actively engaged in architectural education: design studios in TU Delft and Saint Luke Tournai, guiding students in their graduating (Sint-Lucas in Ghent and Rotterdam Academy of Architecture), participation in juries in several schools in the Netherlands and abroad and giving lectures.