Oscar Niemeyer – An architect committed to his century (by Belgian filmmaker Marc-Henri Wajnberg)
Lina Bo Bardi – Go to Bahia Lina had told him (by the Dutch VPRO, where ‘him’ stands for Aldo van Eyck)

Johan Lagae introduces two fascinating documentaries on the life and work of Brazil’s most famous architectural personalities Oscar Niemeyer (‘An architect committed to his century’ by the Belgian documentarian Marc-Henri Wajnberg) and Lina Bo Bardi (‘Go to Bahia, Lina told him’ by the VPRO, where ‘him’ stands for Aldo van Eyck). (autotranslated) 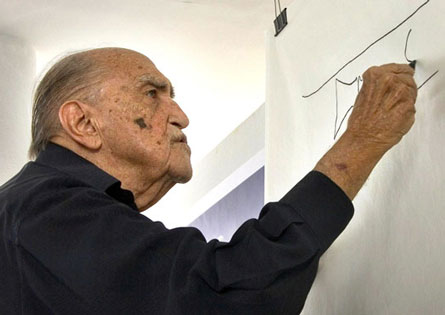 “Oscar Niemeyer, an architect committed to his century” (2000) de Waal Marc-Henri Wajnberg is a film about the architect Oscar Niemeyer, one of the leading architects in modern architecture. It is the testimony of an artist who still believe in socialist ideals. The story of a man who loves women. At the age of 92 Oscar Niemeyer receives the filmmakers at his home in Rio de Janeiro. He speaks of his life dedicated to the architecture in a century full of the turmoil of political ideologies and artistic movements. He talks about the creation of Brasilia. He talks about Kubitschek, Le Corbusier, Fidel Castro, Malraux. He shares his insights on exile and utopia, friendship and nostalgia. He lets us share in the dream of an architect and the aspirations of a century. 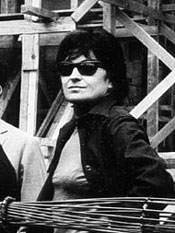 Lina Bo Bardi (1914-1992) was an Italian-Brazilian architect. She was born on December 5 in Rome when Achillina Bo. After earning her degree from the University of Rome, she moved to Milan for an appointment at the office of Gio Ponti, director of Triennale di Milano and the magazine Domus. As in the years before the Second World War construction activity stagnated, Lina Bo devoted himself almost entirely to journalism: she wrote for several newspapers and had during the war, while the responsibility for Domus. A bombardment of Milan where her studio was hit, did find her rapprochement with the communist resistance.

In 1946, Lina married the Brazilian art connoisseur and critic Pietro Maria Bardi. She took his name and followed him to Brazil, where they had naturalized in 1951. That year also dates the house that she designed for herself and her husband: CASA de Vidro (glass house), a feathery modernist villa on thin stilts. Via Pietro Maria Lina had many entries in the museum world. This led to several commissions, whose design for the MASP Museu de Arte de São Paulo (1957). The couple also wrong in the same cultural milieu as national celebrities as Lúcio Costa, Oscar Niemeyer and Roberto Burle Marx.

Lina Bo Bardi’s versatile development – unless architect manifested they include as a designer of jewelry, stage sets, magazines and exhibitions – culminated in the Fábrica da Pompéia, SCES Pompeia a cultural center with sports facilities which was realized in an old factory building between 1977 and 1986 . In this project she could give free rein to its creativity and sense of space.

Johan Lagae (1968) is a lecturer in the field of theory and history of non-European modern architecture at the University of Ghent. He graduated as a civil engineer architect from Ghent University in 1991 and graduated in 2002 with a thesis on colonial architecture in the former Belgian colony of Congo. Further research is currently focusing on transnational and local networks of building and planning expertise in Africa, the problem of the 20th century heritage in Africa, and more recently to urban history in Central Africa. His research interests also goes out to the 20th century architecture in Belgium and the architecture of world fairs in the interwar period.

He has published in, among others, The Journal of Architecture, The Journal of the Society of Architectural Historians, Docomomo Journal, Third Text, Cahiers Africains, Fact & amp; Fiction, De Witte Raaf and yielded numerous contributions in books and exhibition catalogs. He also referred to in the array Meat & amp; Concrete together a catalog raisonné of the architect Claude Laurens. Since 2003 he is a member of the editorial board of OASIS, journal for Architecture. He presented his research at numerous national and international conferences (US, Britain, Australia, France, Austria, Congo, Israel, …) and was a lecturer at several universities and museums at home and abroad. In 2007 he co-organized a workshop on urban history in sub-Saharan Africa at the University of Kinshasa, Congo.

He was (co-)commissioner of several exhibitions and produced in this context based on his research various multimedia projects. He regularly collaborates with museums, including the Royal Museum for Central Africa (Tervuren). He is a member of several international scientific societies (Society of Architectural Historians, Docomomo International, European Network of Architectural Historians, …) and serves on various advisory boards and committees (Assessment Architecture and Design, Flemish Community Advisory Centre for Flemish Architectural Archives, ..) .