Bas Smets makes a game of it. He gives and shows the structure of its design layer by laye, therefor every step and every decision taken seems obvious and rational. 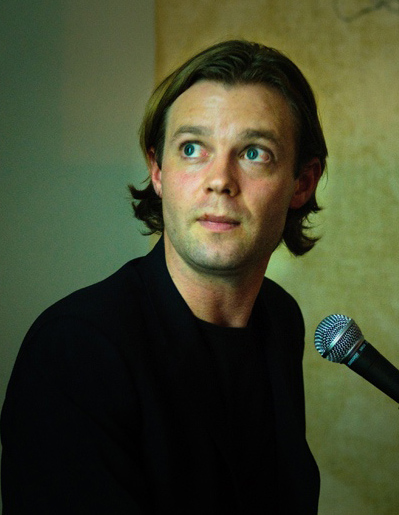 Arnout Fonck Bas Smets make a game of it. He gives and shows the structure of its design layer by layer in which every step and every decision taken in the draft seems obvious and rational. Yet he is in spite of this method no theorist and he designates his design method rather as intuitive as a quest for wonder and an uninhibited unraveling of the status quo. Actually, he is not only an inventor but also a storyteller. With both stories about the existing land and the landscape he realized that more and is characterized by the search for an organizing gesture.

For many, there is the most obvious difference between architecture and landscape architecture from the degree of user involvement. Architecture is defined first and foremost as an interior, an area enclosed by boundaries that designers then try to break down or dissolve. Architecture ‘in itself’ limits so movements – how liquid they may be – organizes activities according to certain rules; while landscape architecture uses no visible lines, seeking a dialogue, using actions and nature and it transforms into spatial interventions. The protagonist does not appear to be the object, but rather the dynamic space which is created around the object on the basis of action. 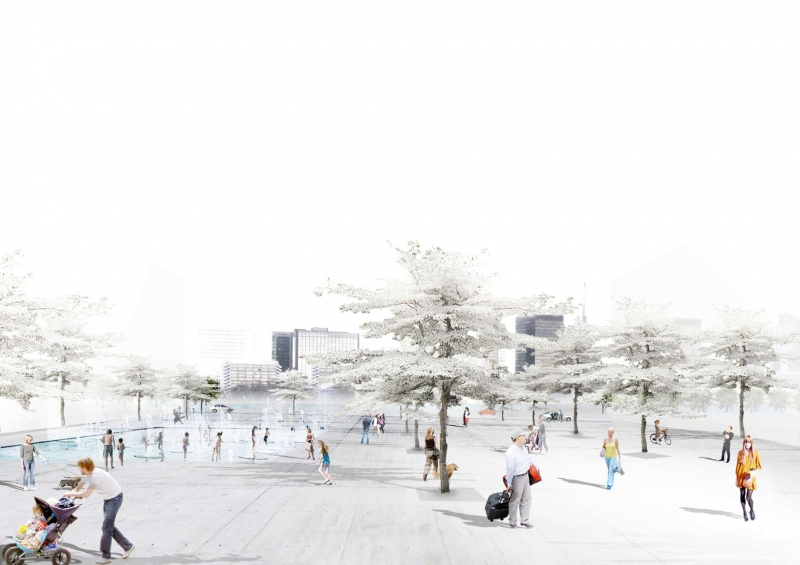 But this fault line between environment and architecture is increasingly blurred. Designers build a relationship that is responsible for the exchange of experiences and confrontations at the level of landscape. Also, landscape architect Bas Smets (1975) chooses to penetrate the landscape through all her layers to work with the existing silent characteristics of the environment where the landscape is not displayed, but is absorbed. When a search for a simple gesture.

Just as he sees each are thirty projects, Smets will take us in the Archipelago lecture on ‘discovery’. For if he feels he wants and also profiling clear: not as a landscaper but as discoverer of the country. “ In today’s global economy, our experiences have been recorded beforehand increasingly. Armed with logical algorithms and programmed responses, our interactions have previously been based on computer models, cost benefit analysis and best-case scenarios. Although Bas Smets in this framework can benefit from his initial training as an engineer-architect remains ‘intuition’ one of the basic concepts around which he turns his marveling practice. Seven years working at the Parisian landscape designer Michel Desvigne to grandiose projects include Pei, Foster, and Koolhaas Sejima and master landscaping in Geneva will undoubtedly have been an exciting breeding ground for designing a game of releasing, abstracting and uitpuren. Smets combines in other words, what according to researcher ‘design cognition Nigel Cross is exceptional: the ratio of a scientist and the sense temperance of a designer. Scientists and engineers focus their attention on After discovering the rule (analysis) within a problem, while designers are obsessed with the desired outcome (synthesis) in a solution-oriented strategy [1]. Employees of BBS or Bureau Bas Smets may only visit a site after three weeks of study characterized by the unraveling of the various layers of the land converted into matrix drawings to develop a specific methodology. In a surprising manner Bas Smets links the subsequent step Wilde a verdict of Oscar: “All that I desire to point out is the general principle That life imitates art far more than art imitates life,” making it clear that both the designer and each user an image needs to build on. After the analytical phase is thus a synthesis which is only possible by taking a candid sketches organizing principle must be found and the country a gesture should be proposed to dare to create a new landscape.

Because a new landscape development is the main challenge in the rest area which Flanders Bas Smets in its exploratory study [2] for the Flemish Government Architect and the Flemish Community “a land without landscape” [3] mentioned. Caught between the man-made landscape of the Netherlands and the natural landscape of France, the Belgium lacks a clear landscape. The consequence of this is that no clear and ready for use is available. This onontworpen, fragmented space is characterized by placing and encounters that can not be pre-qualified and yet succeed because they are unique because they change over time and because they entropic, and occasionally are natural.

The important thing is that there is room, ready to welcome us; changes or transforms the notion of landscape in this way. The environment is a new action field in which the user ceasing to be normal passers and are indispensable elements for the definition of the space which accommodates them.

Fn3. In the landscape theory is a fundamental distinction between the terms ‘country’ and ‘landscape’. The starting point is that a country not necessarily have to be a landscape. Country stands for the degree zero of the landscape prior to his arti casualization ‘of artistic operation that the country shows like landscape (Alain Roger, 1997).