Barragan (1902-1988) has left an architecture which belongs to the most honorable of our time. Grafted on Mexican tradition, his work is an obvious modernity in which light and space are caught in an incredibly controlled manner.

(autotranslated) A lecture that evokes the quiet force of sunlit walls in Southern colors.

Luis Barragan (1902-1988) is an architecture bequeathed which is among the most honest of this time. Grafted on Mexican tradition, his work is an obvious modernity that light and space have been caught in an incredibly controlled manner. “An architecture of silence and serenity, a work with a great sensitivity to light and matter,” said Marc Dubois.

Marc Dubois traveled in 1993 with a BRT crew off the works of Barragan and highlighted in the nomination work of Barragan and Pikionis. Dimitriois Pikionis is a Greek architect who together with Barragan incorporated by Frampton was the “critical regionalism”.

THE MAGIC OF WALLS

Who visits Mexico, is impressed by the monumental pre-Hispanic temples and homes with their exuberant colorful appearance. The developments in the work of architect Luis Barragan (1902-1988) show us that contemporary architecture must also have its breeding ground in an authentic past. He received in 1980 for lifetime achievement as the first Pritzker Prize, almost the equivalent of the Nobel Prize. Until then, his small oeuvre barely known outside Mexico, let alone in a proper manner related to the development in contemporary architecture. Only after his death was a great international interest when it was discovered that Barragan has managed to achieve a compelling syntesis between modern architecture and the Mexican tradition.

The architektuurhistoricus Kenneth Frampton speaks of a “different modernity” and kata staying Barragan under the concept of ‘critical regionalism’. This term does not refer to the own region, but to the process of assimilation and reinterpretation of a local culture in general universializering. It is a reorientation of the modern architecture through the local culture and architecture.

His evolution is fascinating. Around 1930 Barragan works in the city Guadelajara where he comes to a bscheiden interpretation of traditional Mexican haciendawoning. At the same time he travels through Europe and discovered the universe of the Alhambra in Granada and the poetry of the gardens of the Frenchman Ferdinand Bac. When he moved to Mexico City final round in 1936, there is a greater affinity with European modernism. Only after 1945 will work fully matured and he moves away from a dry modernism. 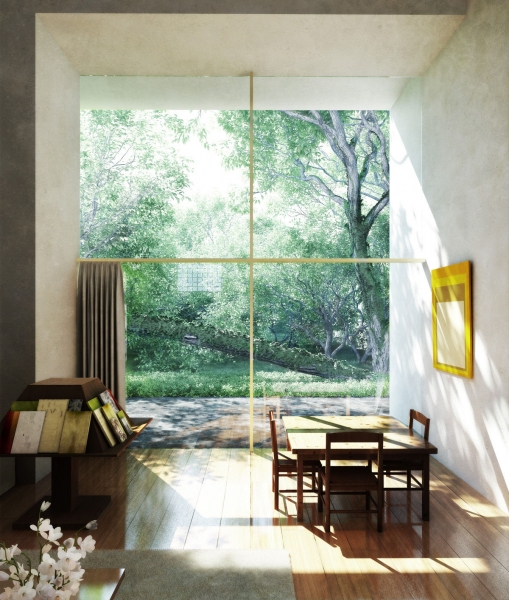 aritfa.worldpress.com His own house and the houses built for the families Pierre Lopez Galvez, Gilardi Egerstrom, are among the most fascinating individual houses of modern architecture. Many consider the stables of the house Egerstrom as his magnum opus. A beautiful tribute to the horse and the Mexican wall can be barely imagine. Not the house is central, but an open outdoor area, surrounded by impressive pink painted walls. In the middle a fountain and a shallow pond where horses can drink. Barragan transcends the merely functional: he made poetic indoor and outdoor areas with sublime proportions, where the light comes up to life. 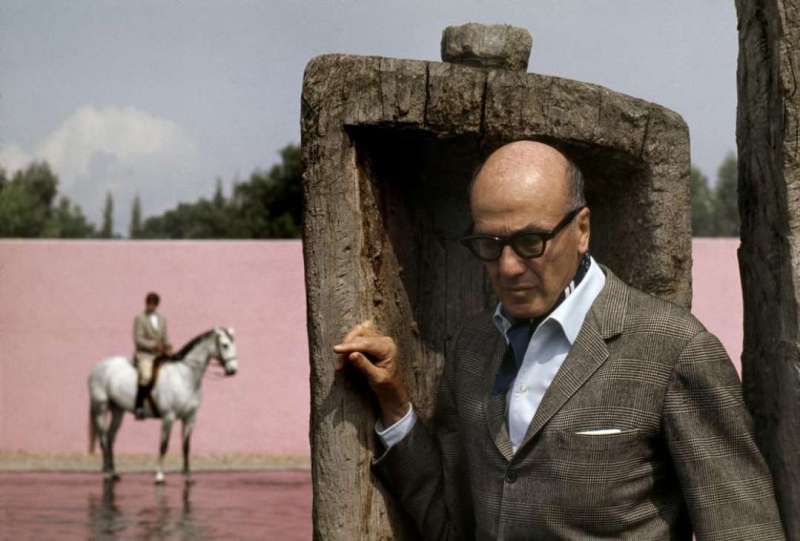 Barragan is for architecture to visualize the light, the design is a search for the perfect balance between light, color and space. He shows us that an architect must be substantial progress, creating spaces where people can find the light again. The most sublime example in the interior where he masterfully manipulates the light, the house is Gilardi. The question of the client to a pool kombi Barragan led to the dining room. The result is breathtaking because Barragan makes more than a tub of water. Through the daylight on the water and the ever-changing reflections, get this room at any hour of the day a different atmosphere.

Barrgan find anything new, creativity is for him not hectic produce superficial effects, but a laborious and time to look for the magic of space and light. In his oeuvre, one discovers the true and original meaning of the word originality, the internal force of the most basic resources. His work can be described as ‘charging simplicity’, an architecture where the silence has its place. Barragan often introduces water and fountains in its architecture, water not only as a symbol of life, but also to emphasize the silence.

He is undoubtedly the greatest builder to Mexico this century has produced. His quest to revitalize the contemporary architecture from the Mexican identity, has a great influence on other Mexican and even foreign architects, such as the Japanese Tadao Ando. The most gifted architect who think the world of Barragan has managed to create its own, the Mexican Ricardo Legorreta … 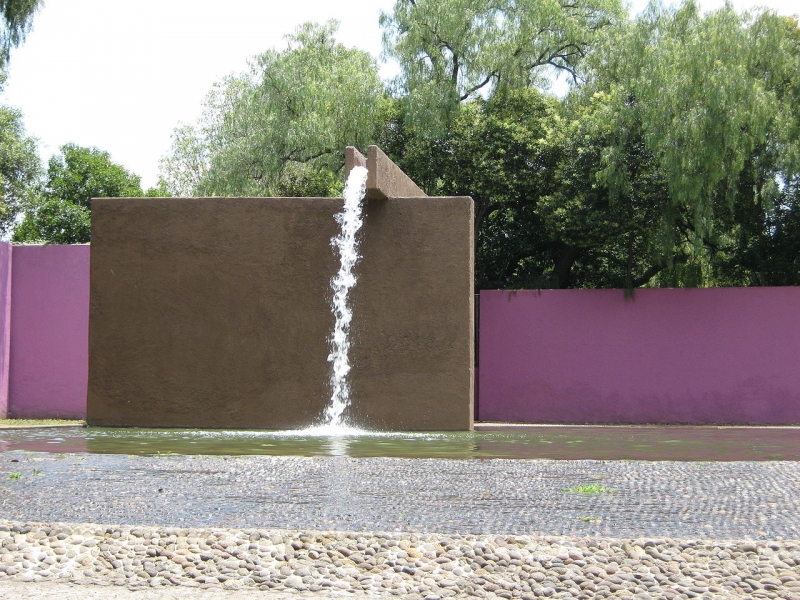 public domain
This text is an excerpt from the article by Marc Dubois ‘Knack’ (Sept. 27. ’93).

In the first part of the evening the BRT film is shown on BARRAGAN (extracts of the Mexican muralists are omitted here). After the interval the lecture will be given.