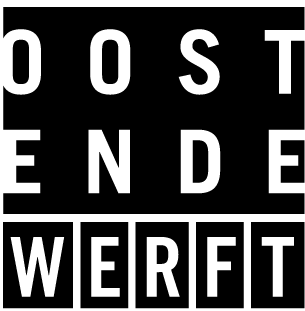 Visiting the exhibition “Young architecture at the sea”

(autotranslated) In the academic year 2012-2013 have first master AAD architecture students from the Faculty of Architecture of the University of Leuven on campus Sint-Lucas Ghent and Brussels to a naval museum in Ostend * *. A selection of designs from these four workshops is as mental exercise for the site * ‘Station Peninsula – Churchill Kaai’ * presented to the general public. 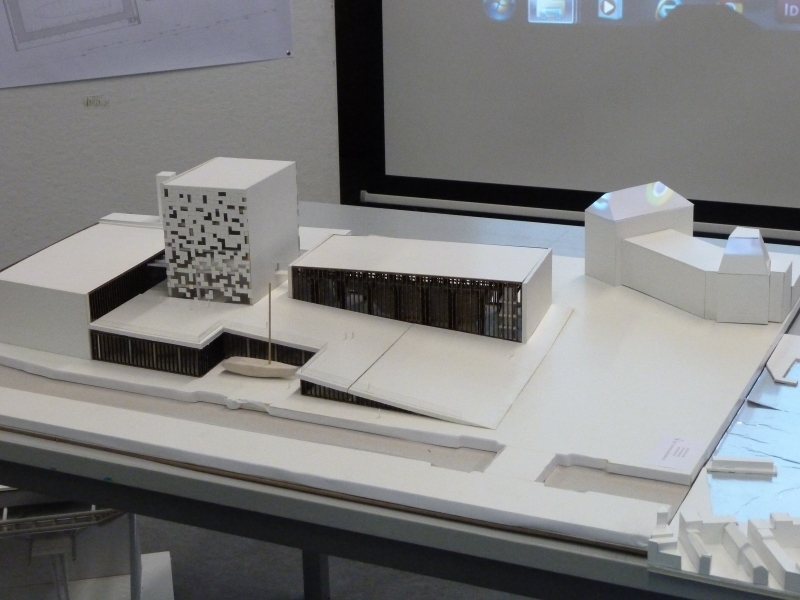 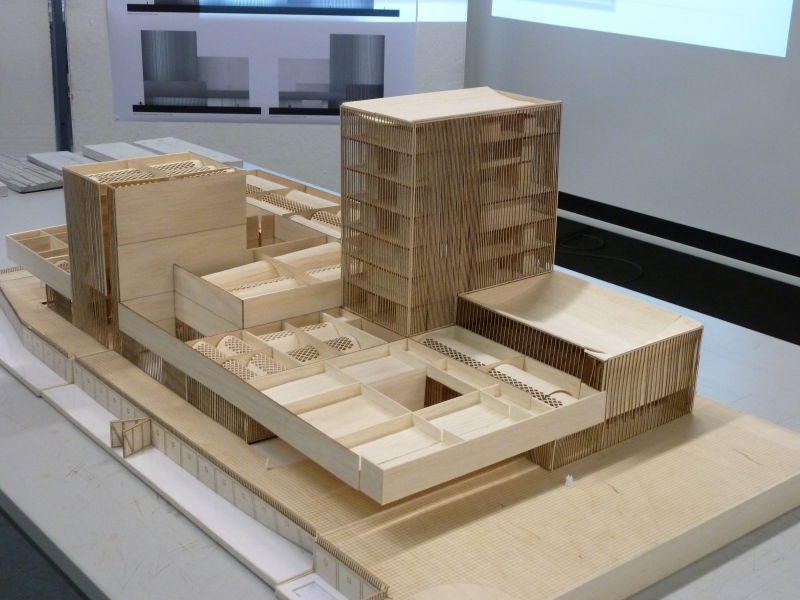 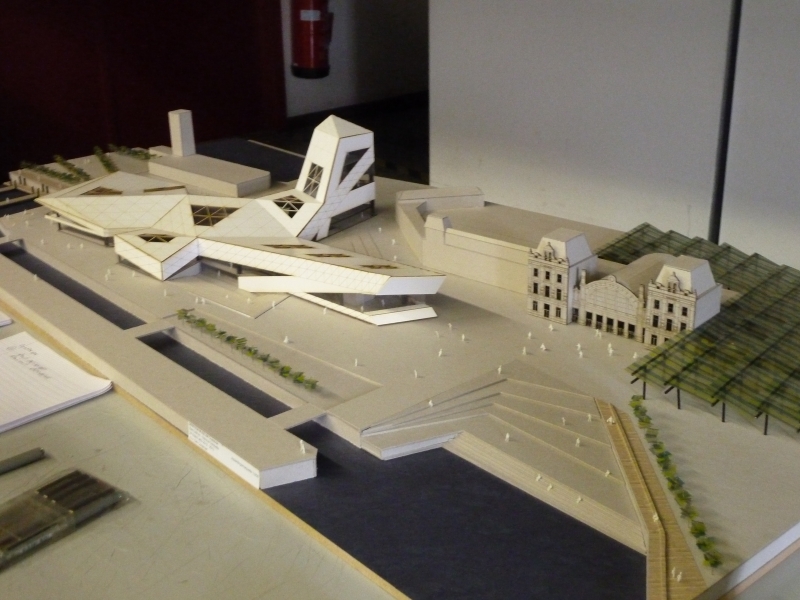 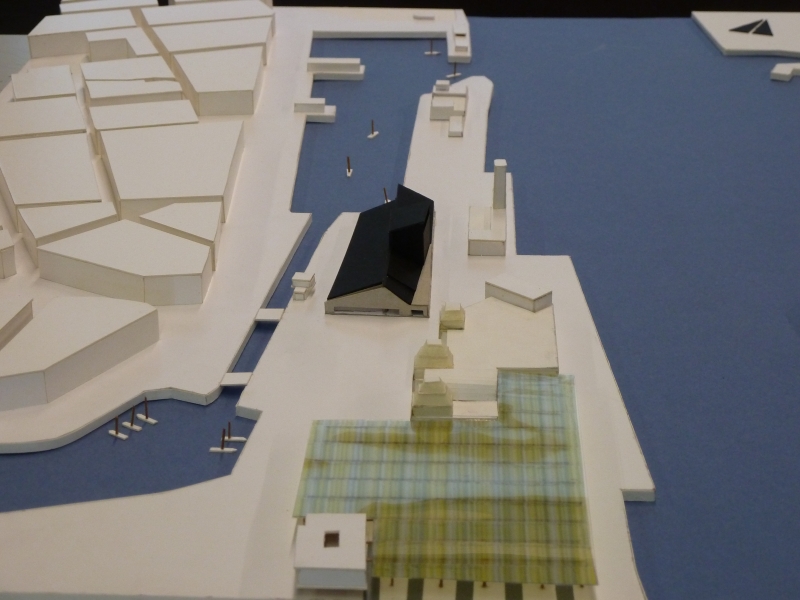 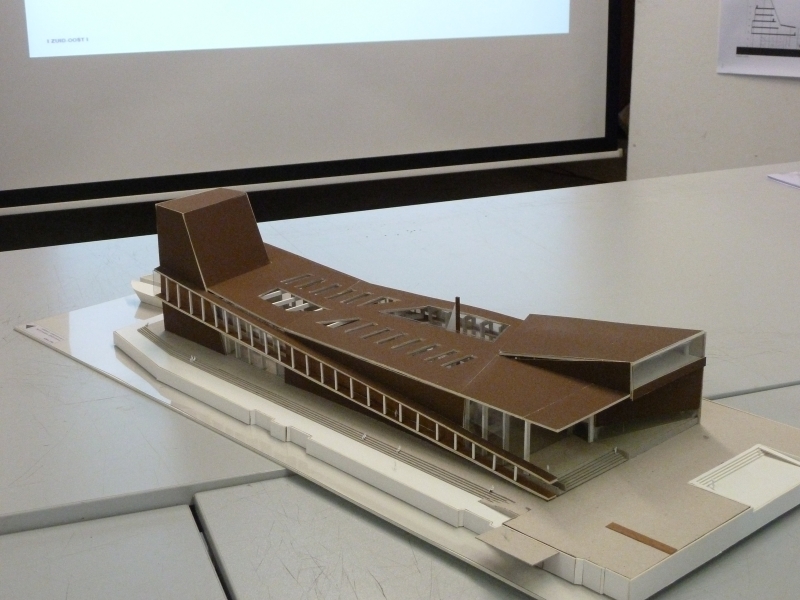 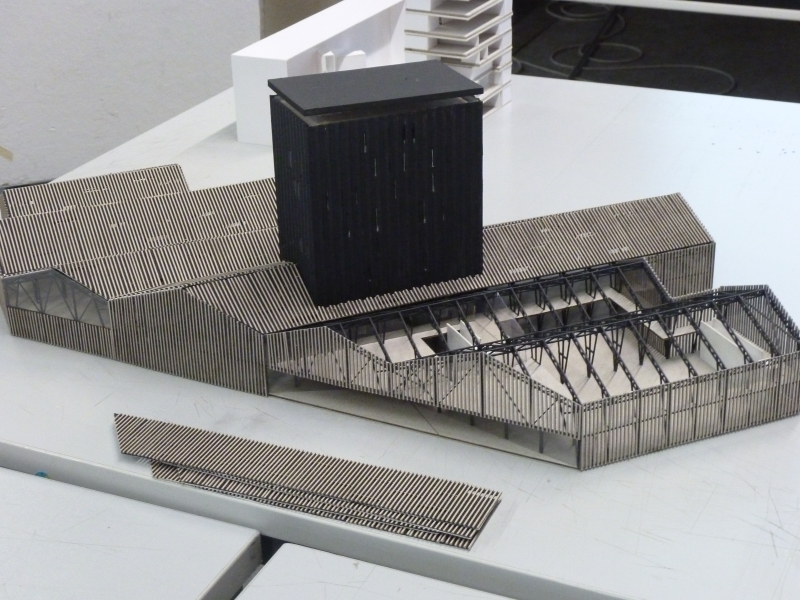 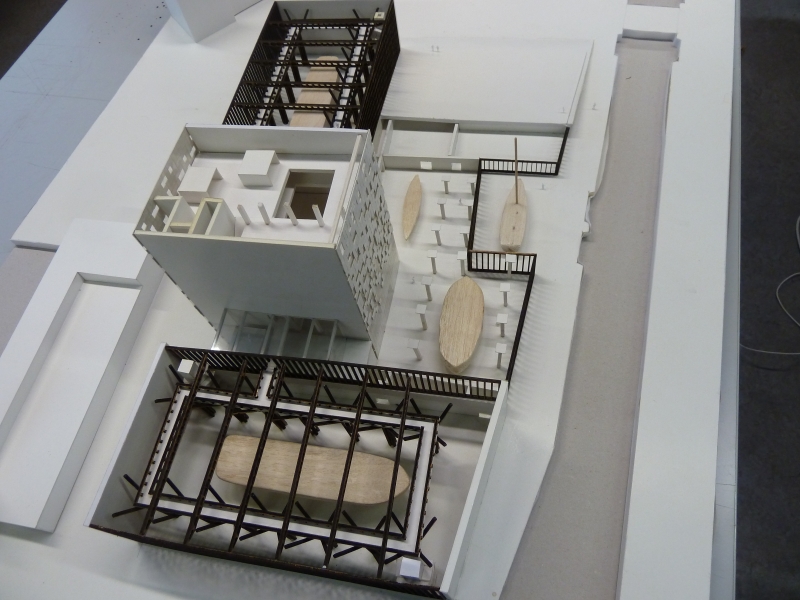 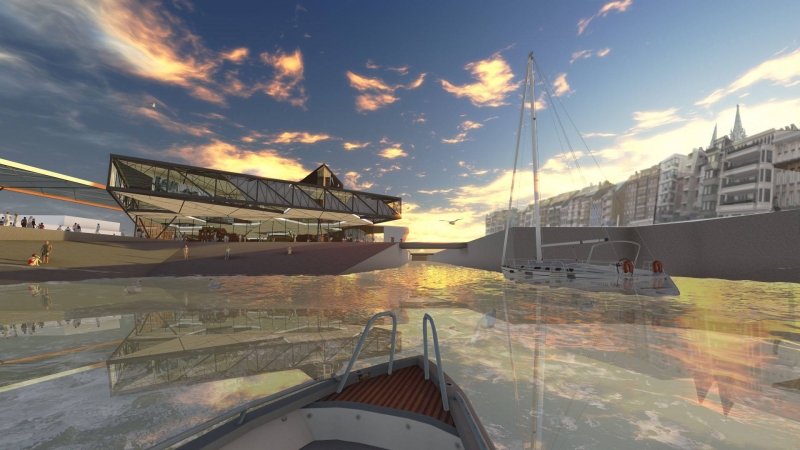 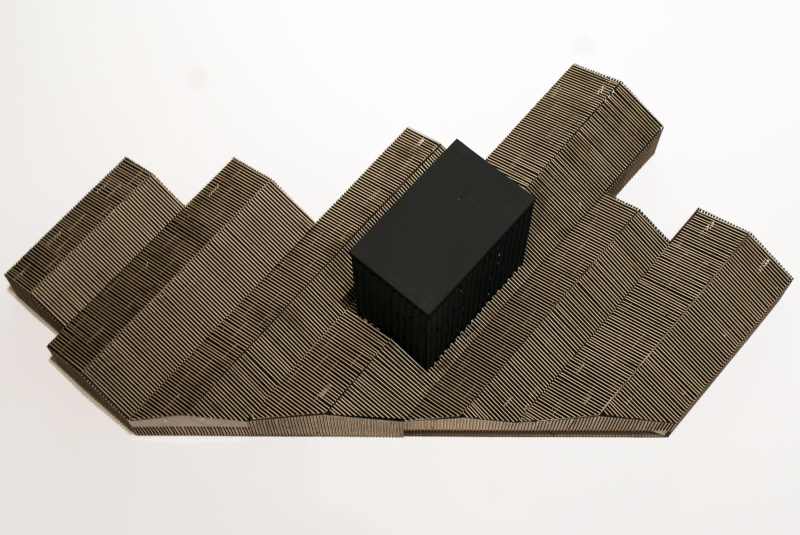 If we look at the history of the site ‘station peninsula “, we see that in addition to the station function peninsula formerly known as embarkation for passengers, cars and trucks, ferry to Dover served. This feature was dropped after the disappearance of the RMT (Director of Maritime Transport) in 1987. Since then doing it just as a car park and cruise embarkation terminal.

The NMBS plant in conjunction with the Line a large-scale expansion of the railway station with new roofs which also trains alongside trams and buses in one complex on decks. The complex will also include parking and bicycle storage facilities and some office volumes. On the adjacent peninsula was a PPP project planned for residential complexes. This project was however deleted.

The City of Ostend opts now in the new government program for the construction of a maritime museum, a maritime museum and tourist all-weather offerings. Maritime Museums around the world are major crowd pullers that appeal to both adults and children and both of history, art, technology, science and adventure sports have as perspective. The maritime museum can be completed in the Montgomery with moored historic ships to visit. Even Iceland fishing Amandine can be visited nearby.

The students were free to determine the choice of location on the peninsula. As was stated preconditions Station Complex, Amandine (ship) and retain pilotage (at the end).

This exhibition shows the work of 19 student groups that integrate a Maritime Museum in the vicinity of the station through very different perspectives.