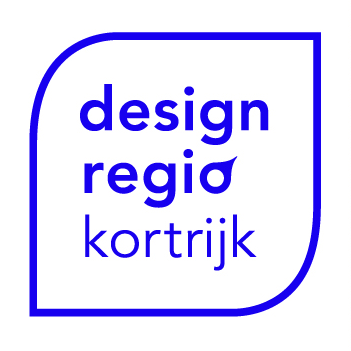 URA explores universal archetypes to translate that in a contemporary way to a precise identity in a specific context. The universal is in the very specific. 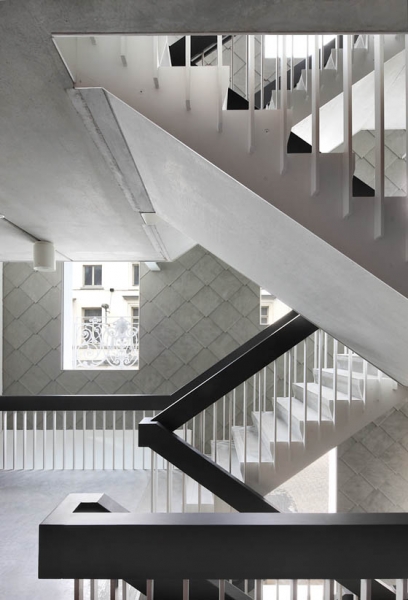 URA was established in 2003 in Brussels by Yves Malysse (1973), Kiki Verbeeck (1974) and Joost Verstraete (1974). (autotranslated) All three studied architecture at St Luke’s College of Science and Art in Ghent. Yves Malysse worked for several architects, including MVRDV (Rotterdam) and Crepain (Antwerp). In 2007-2008 he taught at the TU Delft and from 2008-2011 at the Academy of Architecture in Rotterdam. Since 2014 he has been a guest lecturer at KUL LUCA. Kiki Verbeeck worked for uapS (Paris), LABFAC (Paris), OMA (Rotterdam) and Baines (Brussels). In 2002 she received a Master of Architectural Theory at the University of Leuven. Since 2010 gives Kiki Verbeeck draft guidance to the UCL Engineering. Both act as a juror for various agencies and institutions. Joost Verstraete first worked with FCJZ Zhang Yung in Beijing (China) and then at Architettura (Gent). In 2009 he left Belgium with his family and has since lead Yves Malysse and Kiki Verbeeck office. 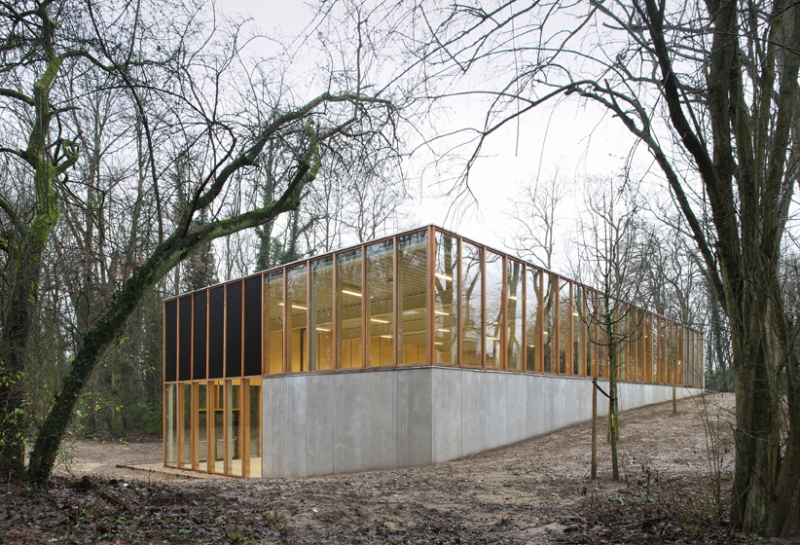 It is no coincidence that URA as a speaker was invited to an architecture lecture, since it is currently in Kortrijk with two projects are active, namely Groening Heem, the new youth hostel and the new residential care center at the Houtmarkt. These are just two projects from the impressive work of URA. Despite the great diversity in scale and program, she lights during their lecture to an intermediate position of their working method. URA indeed explores universal archetypes that are translated in a contemporary way to a precise identity in a specific context. The purpose is to look under them in very specific. By spheres or functions to places opposite each other, they generate a challenging dialectical image.

The projects are mature, thoughtful, considerate and examined. That thoroughness late in their work feel very strong and gives an immense inner peace.