This Brussels office, founded in 2002 by Kersten Geers and David Van Severen, recently won the competition in Lausanne to build the broadcasting building of the Swiss radio and television. 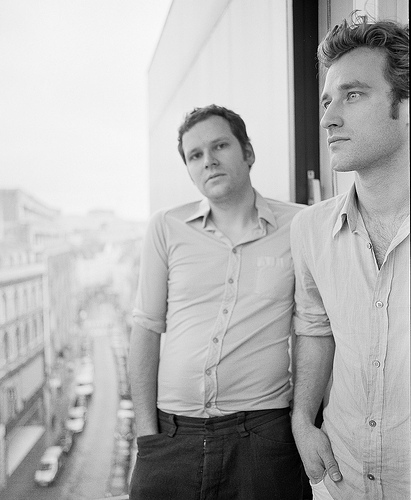 (autotranslated) The work year ended with a lecture on his own work by Office KGDVS. The Brussels office, founded in 2002 by Kersten Geers David Van Severen, in Lausanne recently won the competition to build the broadcasting building of the Swiss radio and television. For the association worked with David XDGA and Kersten at Neutelings-Riedijk Architects. The route that they had followed, is impressive. The firm has won several important international competitions, a new administrative capital in South Korea and a border crossing between Mexico and the US In 2008 Office KGDVS represented Belgium at the eleventh Venice Architecture Biennale, after a competition between 13 young Belgian agencies. They were invited by Herzog & de Meuron and Ai Weiwei to participate in the Ordos 100 project in China. Their first solo exhibition ‘Seven Rooms’ took place in 2009 in deSingel. Office KGDVS was invited by Kazuyo Sejima to participate in the twelfth Venice Architecture Biennale. Their project ‘garden pavilion’ was awarded the Silver Lion for most promising young desk. Projects Office KGDVS are always direct and precise, spatially relevant procedures. Its architecture aims for a phenomenological experience, regardless of the program that incorporates a building. 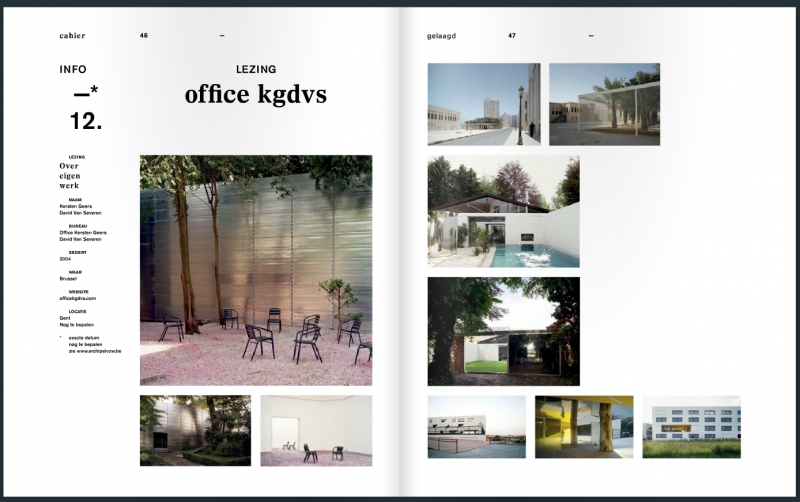