Two young architectural firms working from Flanders and Japan investigate the unspoken in the cross-fertilization between both cultures: Sugiberry (Meaning) and Schenk Hattori (Translations). 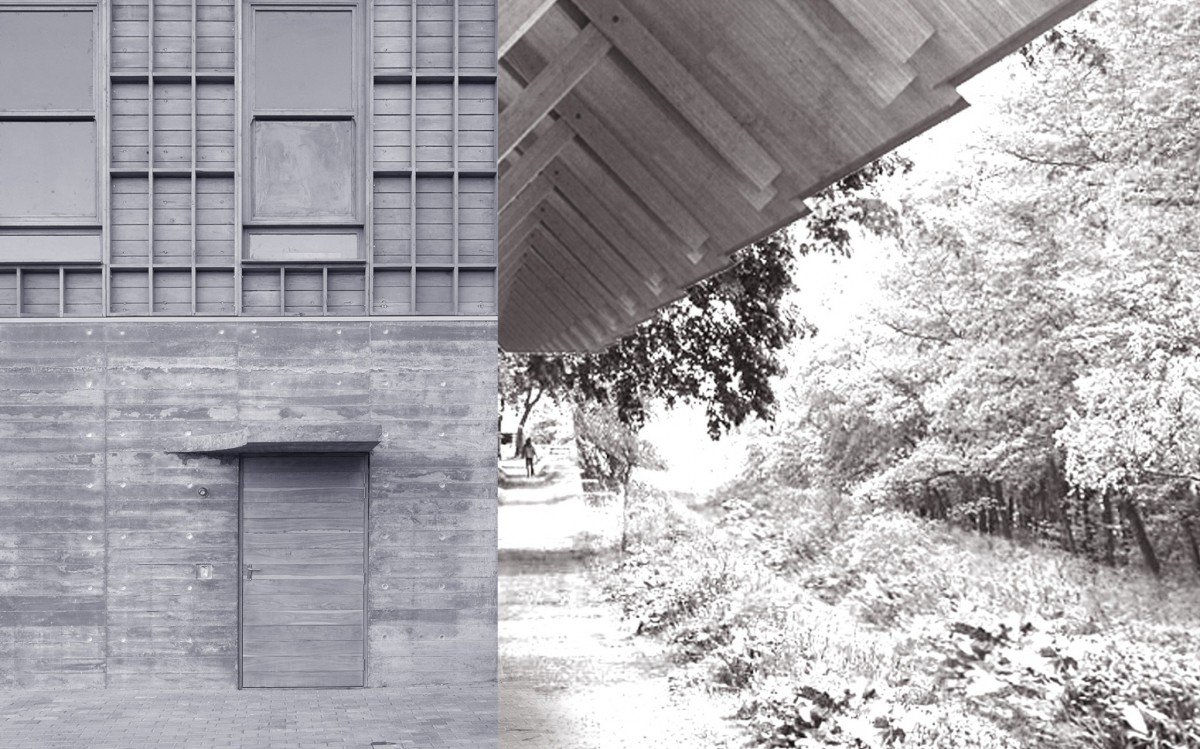 As part of the exhibition MEANING / TRANSLATIONS and under the title UNSPOKEN, Steven Schenk and Johannes Berry present a series of dialogues with the Japanese architects Go Hasegawa, Jun Igarashi & Junya Ishigami. They discuss their work and approach to architecture and zoom in on the pavilion that Schenk and Berry built together in the garden of deSingel. It forms the springboard for a broader discussion about the fascination of the two young offices for the work of prominent Japanese architects in relation to the theme ‘Unspoken’ / ‘Unspoken’. Together with film adaptations of the pavilion by Michiel De Cleene, this creates enough material for an interactive lecture with reflections on references and use of materials.

This lecture is part of Archipel’s theme year UNSPOKEN (2020) and is a collaboration with the Flemish Architecture Institute.

Two young architectural firms working from Flanders and Japan investigate the unspoken in the cross-fertilization between both cultures. Sugiberry (Meaning) shows how an idea that adapts to a changing context, more specifically in the cultural exchange between Flanders and Japan, leads to new connections and new layers of meaning. Schenk Hattori (Translations) explores the limits of our imagination, even more so the mysterious and often lost elements in architecture.

The Flemish Architecture Institute shows their work in a particularly fine exhibition. Schenk Hattori and Sugiberry make use of the cabinet in deSingel on the one hand, but designed an outdoor pavilion in the garden of the building on the other.

The cabinet is the starting point of a fictional journey as an introduction to the built and unbuilt work of both offices. In this room you get to know the work and the people behind both desks. There is also the book, made for the exhibition “Under 35” in Osaka in 2018. It is on this occasion that both agencies met for the first time.

Sugiberry and Schenk Hattori realized a pavilion in the courtyard of deSingel, specially made for this exhibition. The pavilion is a temporary structure that offers space to exhibit their work, more specifically creations at an early stage in the search for architecture, without lapsing into a retrospective character. The material from which the pavilion is constructed comes exclusively from the stock space of the Flemish Architecture Institute and deSingel, and includes panels from Jan Fabre’s 2003 theater piece “Je suis sang”, a vinyl canvas used in the exhibition “How small? How stuck? ” by Junya Ishigami was used as floor covering in 2013, and stamped earthen blocks that were part of the installation at Case Design’s exhibition “The Art of Collaboration” in 2019. With a limited budget, this pavilion was developed in collaboration with the deSingel construction team. recycled material.

The title of the exhibition “MEANING” refers to a theoretical investigation of the agency into the processes by which giving meaning takes place in the human thought pattern, how associative thinking leads to seeing what we want to see because this is the easiest attitude and refers to what we already know. Their work responds strongly to seeing and wanting to see and think to see within the human brain.

The title of the exhibition “TRANSLATIONS” refers not so much to the fact that Schenk Hattori is a Belgian-Japanese agency confronted with clear cultural differences, but rather to the relationship and action between the architecture itself and the recipient. The way it is perceived by a subject as an object or, at best, in its active role itself. The exhibition is guided