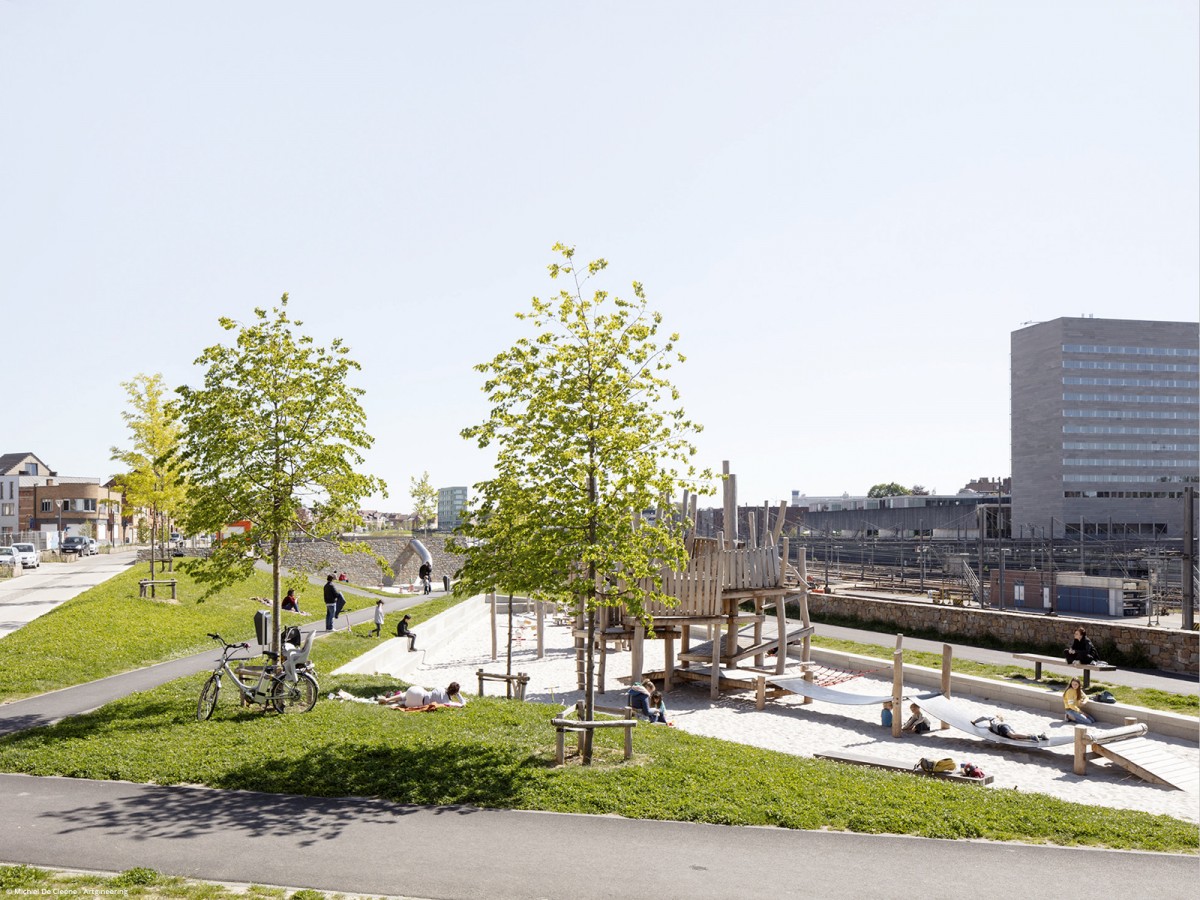 LAMA landscape architects is a passionate landscape architecture firm. The agency, founded in early 2013 by Claire Laeremans and Jorryt Braaksma, works on a broad spectrum of projects in Belgium and abroad, combining research with implementation projects. In 2016, the office won the 2016 public space prize with its own initiative ‘the Ideal Street Profile’. In 2017 LAMA was selected as a Young Innovator by the Board of Government Advisors (NL), in 2018 the project “Open Ruimte Perspectief, Nijlen” ​​(LAMA and Brut) won the VRP Planning Award and in 2019 the project “Breekbaar Land” was nominated again for the Public Space Prize. 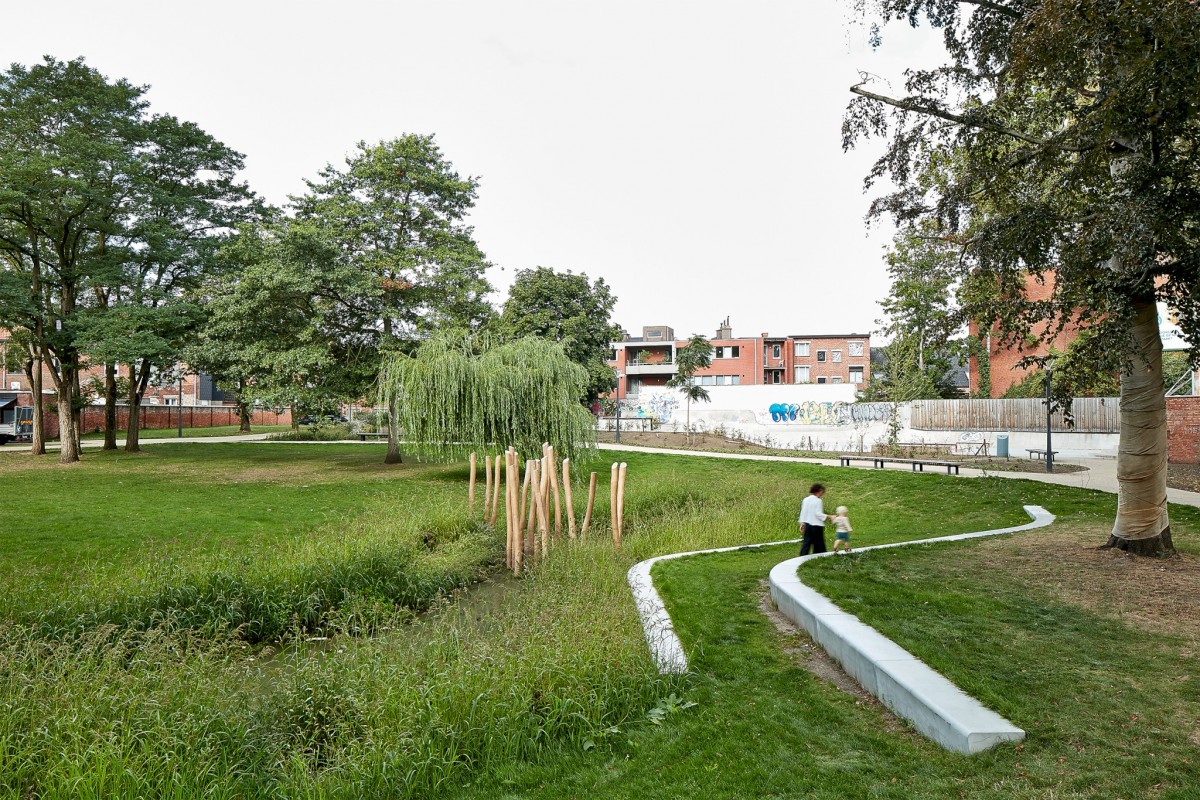 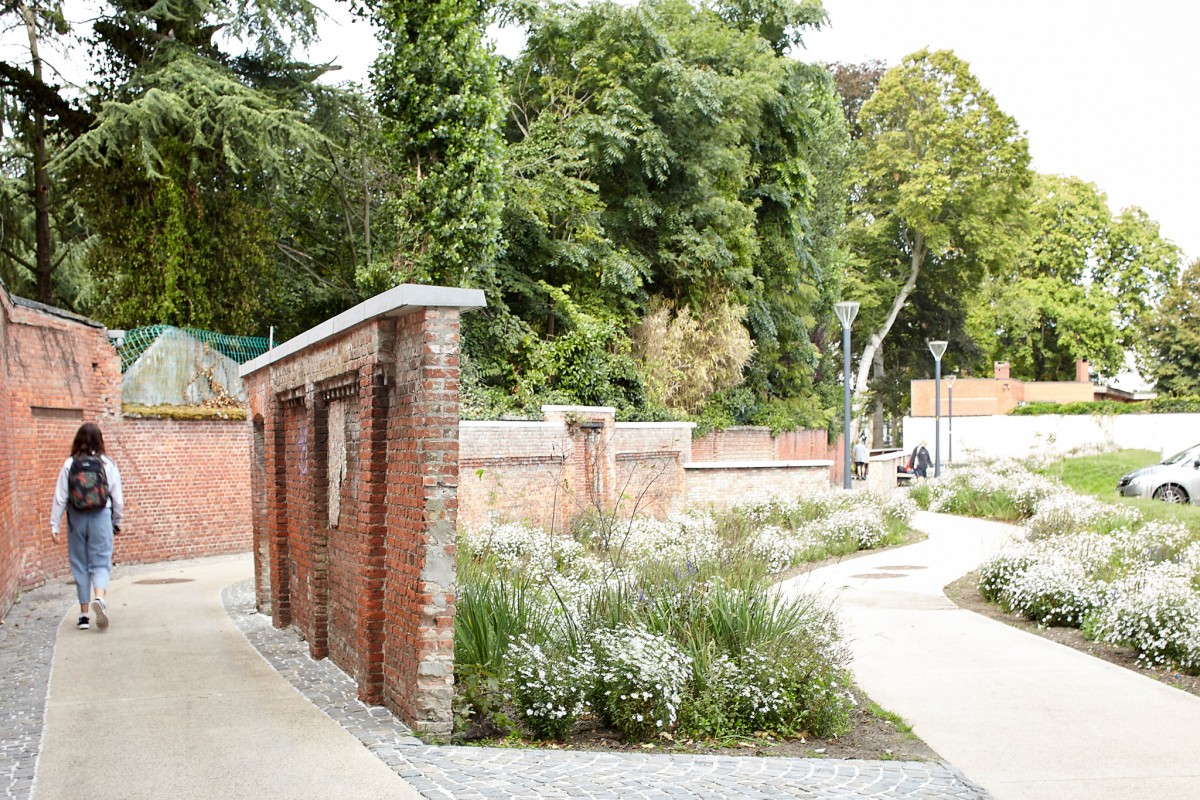 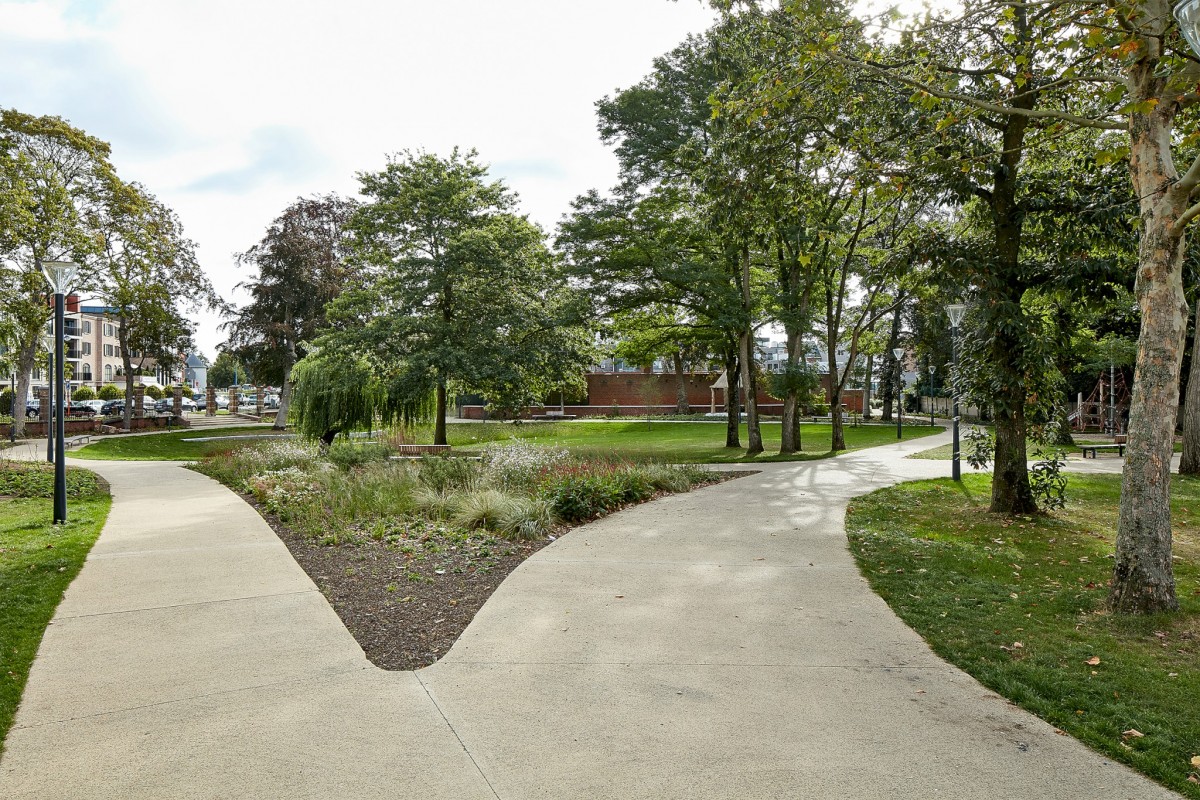 The name LAMA or LAndscape MAnifesto, wants to make clear that the landscape is their basis and point of departure. A manifesto for the landscape!

We strive for an integrated approach to solving problems. Questions and problems are placed in a broad context in order to seek links with other location-specific, spatial and functional tasks. Innovative concepts are sought by looking beyond the present and conventional. Spatial quality, contextual anchoring, experience and functionality for all possible users are the starting points for the design. Depending on the type of assignment, there is collaboration with experts from other disciplines such as ecologists, hydrologists, cultural historians, specification bureaus, coastal morphologists, urban planners, architects, etc.

Despite its relatively short existence, LAMA has built up a broad portfolio of assignments with projects varying in scale and complexity, from implementation projects in an urban context, visions and master plans to various regional design studies and tourist-recreational master plans.

LAMA strives for a specific design approach for each project, which often results in atypical project processes, moving away from the standard role of the landscape architect as a single designer. LAMA supervises and organizes design processes by working closely with the client and the actors involved within a project.

LAMA has a critical attitude and has already initiated various themes on the agenda through design research and temporary installations.

An example of this is “the ideal street profile”. A temporary installation that gave an innovative view of the way in which the street and public space of the future will be dealt with. This project won the Public Space Prize 2016. The self-initiated design research “Down with the Afsluitdijk, design research into a sustainable IJsselmeer region” won an award in 2015 at the Landscape Biennale of Serbia. 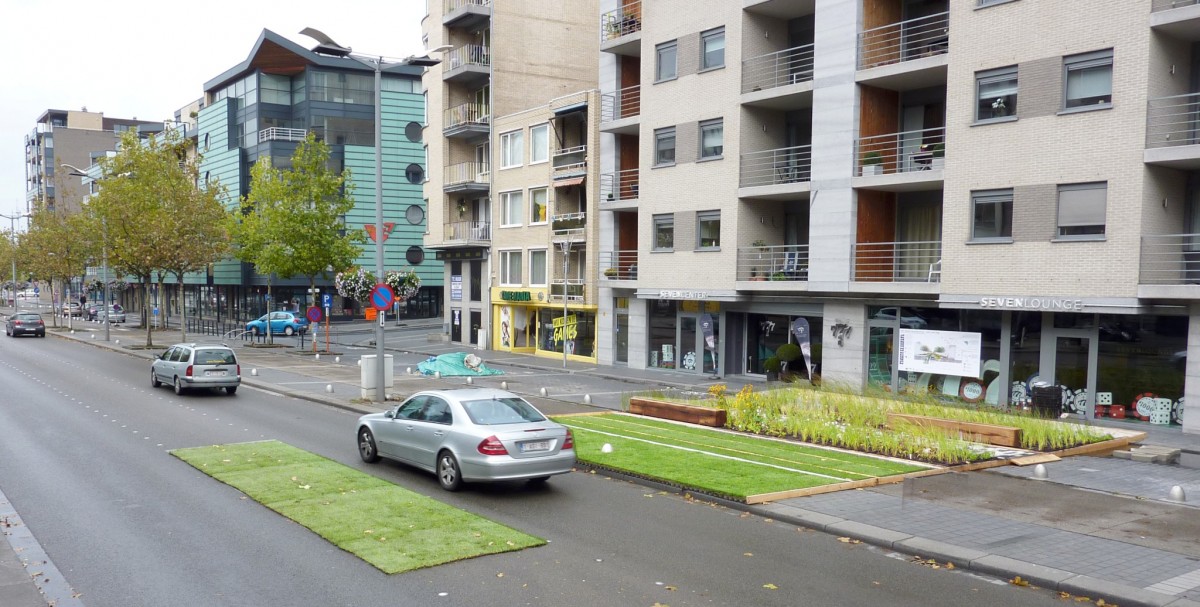 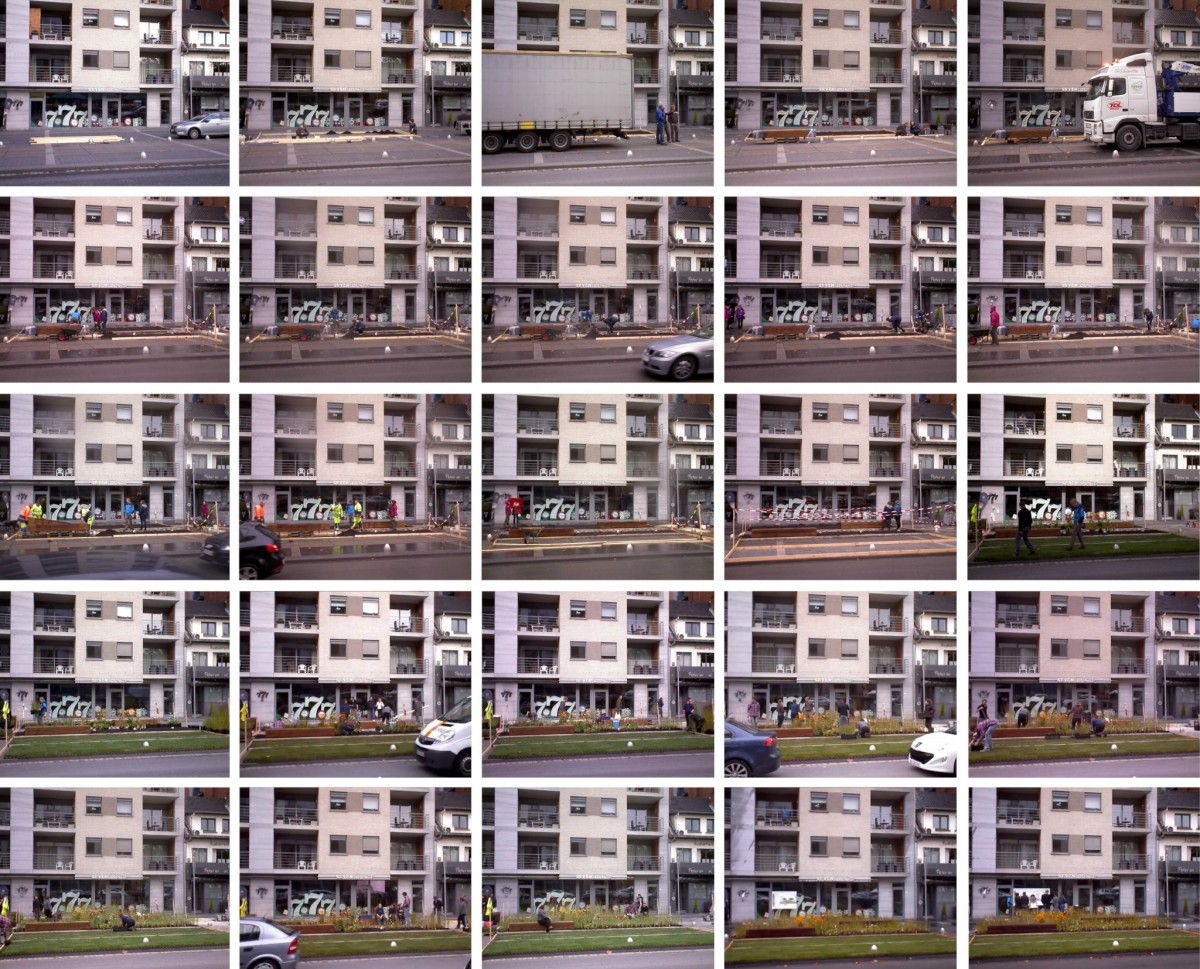 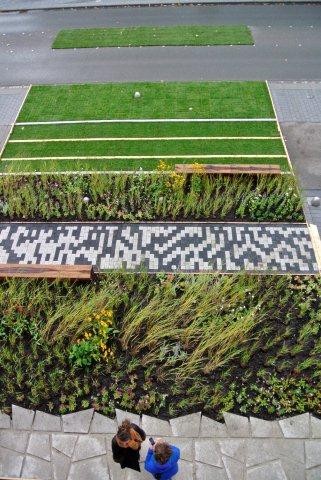 The founders of LAMA are Claire Laeremans and Jorryt Braaksma. 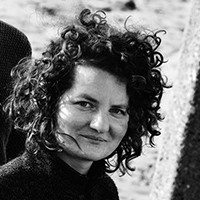 Claire Laeremans worked for 8 years as a landscape architect/project manager at the Dutch landscape architecture firm H+N+S landscape architects. For H+N+S she won various open calls and design competitions such as Park Belle Vue, Pendelparking van Oostkamp, ​​National Military Museum. She is a passionate designer with a sense of quality and an eye for detail. Her graduation project, “The Necessity of Ruins”, was selected for the Archiprix and for the graduation prize of the Amsterdam University of the Arts. 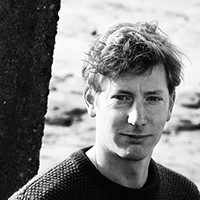 Jorryt Braaksma has a great passion for nature and designing dynamic landscapes. In 2012 he graduated with the ‘Rijzend Land’ project, a landscape safety strategy to silt up low-lying polders, under the influence of the tides, to above the average high water level. In 2012, he was awarded a talent development grant from the Netherlands Architecture Fund to conduct design research into climate change and spatial quality in the IJsselmeer region. His expertise lies in themes such as hydrology, ecology and climate-adaptive design. In addition to LAMA, Jorryt is a guest professor at Hasselt University and supervises graduates at the Academy of Architecture in Amsterdam.