One of the icons of postwar modernism in Flanders, and a highlight in the work of Ir. Architect Paul Felix (1913-1981), was opened exactly 50 years ago, to be subsequently closed (to the public). 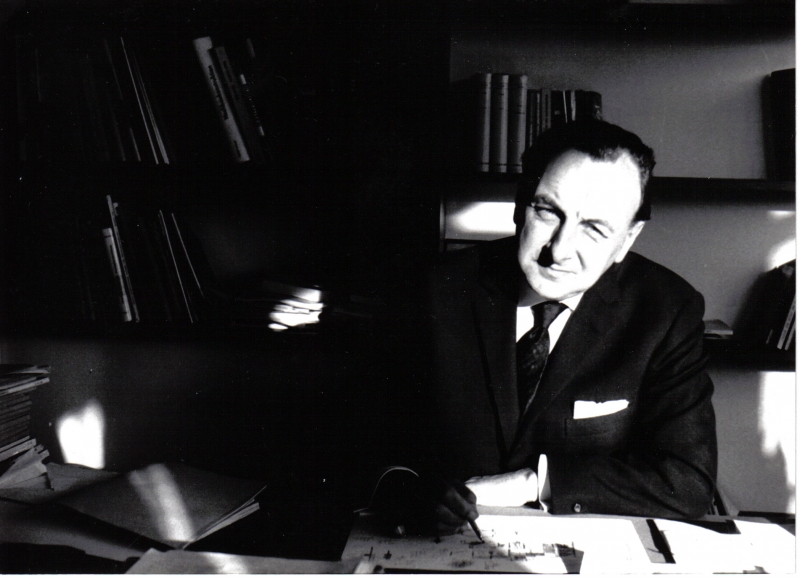 One of the icons of postwar modernism in Flanders, and a highlight in the work of architect ir Paul Felix (1913-1981), was opened exactly 50 years ago, then (for. public) to be closed.

The Poor Clares ‘the Canticle’ is an enclosed convent of the ‘Poor Clares’. An architectural enclave surrounded by monastery gardens and criss-crossed by patios. An oasis of architectural silence. The complex is protected as a monument, but, at the chapel after, inaccessible. On Sunday, April 19th will exceptionally open the doors for a garden party. To give the opportunity for an unusual one-off which pushed the monastery complex to visit in their everyday serenity, Archipelago organizes on Saturday, April 18th a few tours. Marc Felix (50 years ago as a boy of 11 was already very impressed when it was built) leads around and also illustrates a special exhibition in the building corridors.

The exhibition illustrates the design of a dialogue from highly pragmatic program notes back and forth between abbess and architect and dozens rough sketches in which the concept is growing. It also shows a selection of reactions from the then Flemish and international architectural press.

Oostendse a monastic community of the poor equalizing (Poor Clares) housed in a dilapidated building in the town which has become terminally after the recent flooding. There are hardly any resources … With a construction program of the Middle Ages (Clara founded a female Franciscan Order in 1212) do they appeal to the 40-year-old modernist architect Paul Felix, who sympathizes with them as faithful, and as ‘modernist’ is approached by the total program of a monastery as complete and exclusive living environment for its residents. 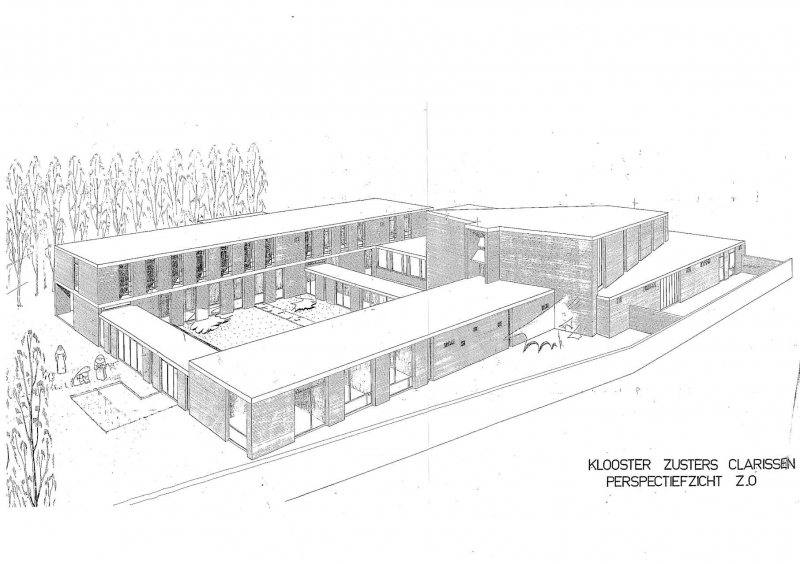 In his architectural language he was at that time seeking reduction, fundamental and structural authenticity. The demand for an austere, ascetic, even shabby residence is in the same line …

There is a long dialogue about daily life, religion and architecture between abbess and architect. Questions and answers are process-together in an “as normal as possible” building. Without the slightest architectural pretensions here comes an authentic architectural environment to create modern architecture and of everyday do coincide, but at the same time reconcile architecture with religious sacredness.

In the “preconciliar ‘Flanders, where churches and monasteries not escape the entrenched conventional neo Urbi et Orbi follow strict rules of Pius XII is the Ostend Clarissenklooster as a culture shock. “A turning point in the Belgian postwar architectural history” (F. Strauven, 1981).

In the, then still, bare polders around Ostend rises a complex of brick and concrete as an architectural manifesto and autonomous ship in the clay landscape ,. 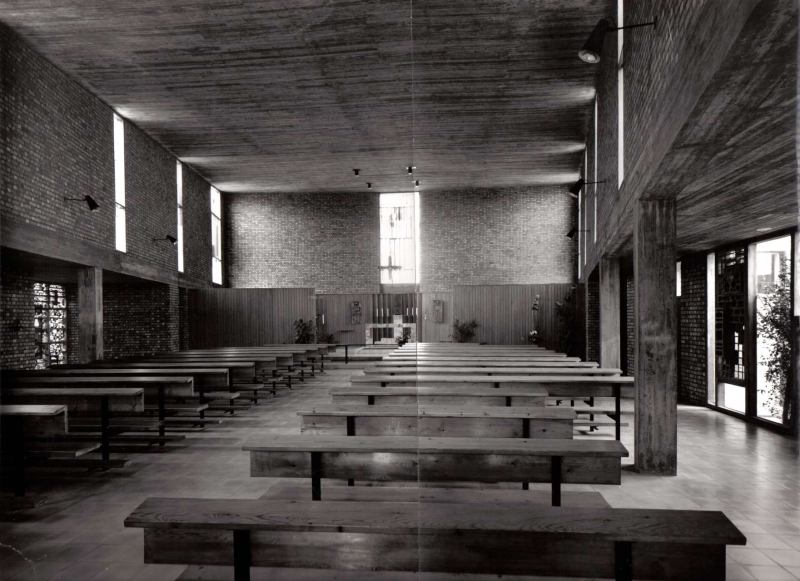 “In this monastery we want, without making any comparison with that of Le Corbusier, go even further. In this silence, God lives. Not expire and bloodless symbols, but in the very spirit of authenticity, of bondage and openness in the removal of all excess, all pomp and be thrown back to the core of the essence “(G. Bekaert: The Line 1959)

“Faith in the ability to light and air as matter to create a specific human immediate ‘umwelt’.” (KN Elno in: Pursuit 1959)

The Flemish and international architectural press reacts laudatory and architects and artists from Belgium, the Netherlands, France and Japan to America to visit the monastery until then permanently closes its doors and a myth.

Paul Felix himself rejects the myth and allowed himself more modestly over it.

“Fortunately they sometimes do – if one with enthusiasm and without too much pretense to something works – intuitively certain things which one later, also from a theoretical understanding, still very happy with it can be.” (Paul Felix in 1970, quote by F. Strauven)

A unique opportunity to the closed complex (which was expanded in 1965 and was turned into a residential neighborhood) to visit again, and “intra muros” to determine that 50 years later architecture not only “normal” but also “timeless” can be .