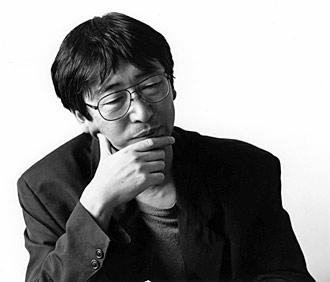 (autotranslated) It is small, but particular. The ‘state’ at the oldest site in Bruges. It floats above the foundations of the St. Donaaschurch: a pre-Romanesque, Carolingian central building. (10th century). The site was in the 11th – 12th centuries the essence of Bruges. Ecclesiastical half. Secular half. The castrum. Burg then got its final form. In the late 12th century main building was demolished after a fire. A Romanesque church building was erected. In the 14th century transformed into a Gothic cathedral that dominated the site.
Demolished after the French Revolution (1799). There were planted trees. They are still there …

Two hundred years later: an idea in late 1998 … Archipel suggested exactly that spot, on the occasion of Bruges 2002, a temporary pavilion to increase under the trees. A current confrontation with a loaded historic architectural site … and the Bruges roots. A layer over 1100 year old foundations. The exact spot so … where Charles the Good was killed and Van Eyck buried. Holy ground. In a city where the ‘neo gothic revival that lasted longer than elsewhere, and the 20th century did not read easily …

‘Bruges 2002’ in 2000 saw all down, went for it and asked us ‘the right man on the right place’ to propose. In Japan we had seen captivating work. We wrote Toyo Ito in the same terms as ever Mies Barcelona was addressed: “Do something” … It spoke to him in Tokyo immediately. Barely a month later (May 2000) Ito was already in Bruges for a briefing. Modest man who does not want to impose, but with a direct view of Bruges in 2002 convinced immediately. In July 2000 there was a preliminary draft. “The only right answer was to build something light, something nowhere intervenes. As ephemeral as possible, even if it was just mentally “(Toyo Ito).

What followed was a persistent search of Toyo Ito to a concise synthesis of a small ‘shelter’ of his search for “blurring architecture. The boundaries of lightness, transparency and flowing space. Calculations, details, scale model testing, mockup testing, material testing, adjustments. The not so obvious brittle aluminum lacework inside a bekelding polycarbonate, above the circular pool of water in which a layered, transluscente, floating bridge is built now. It has a discreet evidence. After five kilometers welding and innumerable details, e-mails and marathon negotiations, the work it hardly present. However, the manufacturers and suppliers know better. This was an extreme balance to the limit of materials.

Changes every week it now views. On January 31, walked an enthusiastic mayor already on the roof of New Bruges lace as a test … From February 20 we can see the bridge itself (which, if there are 100 people standing, 4 cm belongs to bags). When the sun shines on it. The water ripples on reflex argues. Or at night a glow of light from underneath the layered translucent floating bridge comes through, we might get something going. Something of value, something so defenseless. Something useless. Something poetic. Something contemporary. Temporary. Something that discreetly nestled on the spot. Something simple. Something that weighs nothing. A statement. Dust discussion about building in a historic city. Something which one can also shelter when it rains and can be amazed by the intensity of air and light, and the integrity of old and new. 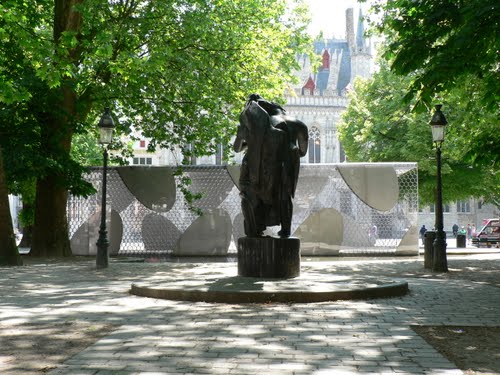 monograph :
TOYO ITO Builds BRUGES 2002 THE PAVILION
Soon a unique monograph about the construction of the pavilion. It tells the story of concept and construction of texts, plans, details, photos. It already looks magnificent.
Publisher: Foundation Kunstboek, composition Hera Van Sande. Archipelago supports the issue and subscribed for 100 copies which they can offer to members and supporters at discounted price. You will receive timely opportunity to tender.