Chandigarh was the reason for the architectural exploration trough a fraction of ‘the Indian subcontinent. What remains after this quest and takes root, is to have discovered the feeling of “essence”. 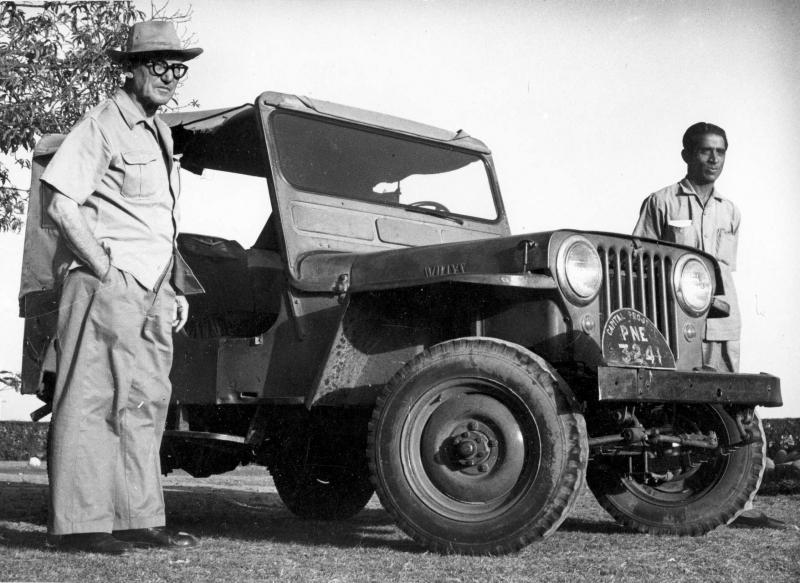 1950, Paris.
On a summer morning is a letter in the bus, 35 rue de Sèvres, with the sender Government of Punjab, India. The short notice announces the arrival of two officers with the task of putting together a team of European architects to design a totally new city 250 km north of New Delhi.
Five months later, on a cold and gray November day, steps Mr. PN Thapar and P.L. Varma within the office of Le Corbusier in Paris. The 63-year-old Corbu greeted them warmly enough. He makes clear that he will move to India and that the new city will be signed in Paris.
For that meeting with the master was the skepticism of Thapar and Varma already big. They had visited the Unité d’Habitation in Marseilles and doubts about the underlying ideas for a country like India. The dour encounter was the uncertainty reinforced. They left Paris and traveled to England.
In London they meet Edwin Maxwell Fry and Jane Drew Beverly. There wrists them the possibility to further develop the basic idea for Chandigarh by American architect Mayer.
But Varma and Thapar had, despite all doubt and uncertainty, the downright innovative potential of Le Corbusier and his pioneering vision urbanistic seen. They ask Fry how he felt about the idea of ​​working together in a team with Le Corbusier. The Englishman replied: “Honour and glory for you, and an unpredictable portion of misery for me.” But he was willing to undergo the misery in exchange for the possible honor.
Two days later – it was a Sunday morning at 9.30 – sit Fry, Drew, Thapar, Varma and Le Corbusier together in Paris and a contract is signed. The workaholic Le Corbusier was a Sunday morning, it tastes: “He loved India because – unlike France – it was a country where they worked seven days a week.”

Free to Le Corbusier (A Life) by Nicholas Fox Weber.

Chandigarh was the impetus for the architectural quest Archipelago through a part of the Indian subcontinent. “ What remains after that quest and lasts, is the feeling ‘essence’ to have discovered. Architectural, cultural and human essence. The feeling also: “Open your eyes! Look around you! “A culture shock. It is not a tourist trip. A significant part of our time goes to cities that are discussed in guidebooks hardly, eg. Ahmedabad. Perhaps the most beautiful house of Le Corbusier seen.
We wander in amazement through a country with a history, a swirling mass, a frenetic dynamism, bright colors and smells, grinding poverty alongside wealth disgusting, living past and surprising future, traffic chaos and noise. We arrive in Mumbai and Delhi, Ahmedabad and Chandigarh, and we obviously see the Taj Mahal. We see both historic buildings and historic modernism and contemporary work. We see work of Le Corbusier, Louis Kahn, Charles Correa, Studio Mumbai, Balkrishna Doshi, Matharoo, Bimal Hasmukh Patel, Sir Edwin Lutyens, Raj Rewal, Joseph Allen Stein, Aditya Prakash … Too many to remember.
But mostly, we see a world. 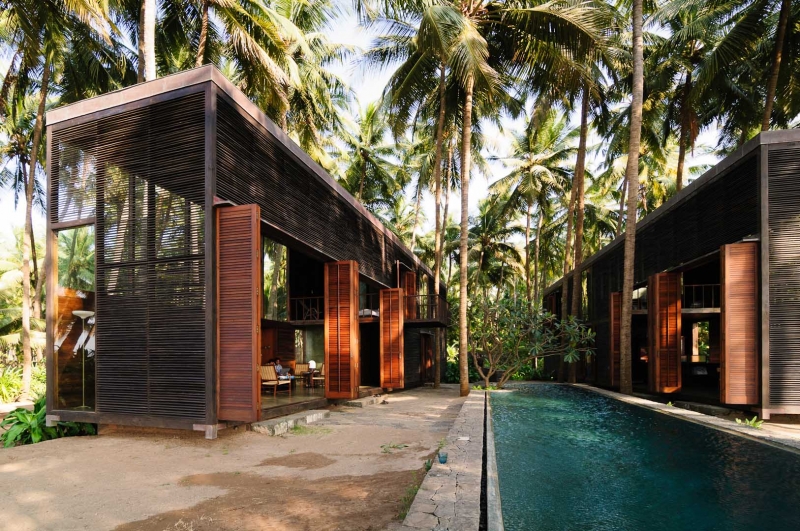