A strong piece of European modernism in traditional India. In 1950, Le Corbusier designed a complete city. After the problematic partition of British India Prime Minister Jawaharlal Nehru wanted a new capital for the Indian states of Punjab and Haryana, “unhampered by the traditions of the past.”

(autotranslated) A strong piece of European modernism in traditional India. In 1950 Le Corbusier designed a complete city. After the problematic partition of British India, Prime Minister Jawaharlal Nehru wanted a new capital for the Indian states of Punjab and Haryana, “unencumbered by the traditions of the past.” Nehru wanted to believe in the future reflect the brand new nation, inspired by new cities like Brasilia and Canberra. He chose the newfangled style of Le Corbusier, who was an emptiness to his ideas about the ideal city to let go.

Since 1995 the artist-architect-urban planner Luc Deleu (1944) with his urban development agency TOP office to “The Unadapted City”, a design-based urban planning study that a proposes alternative interpretation of urban space. 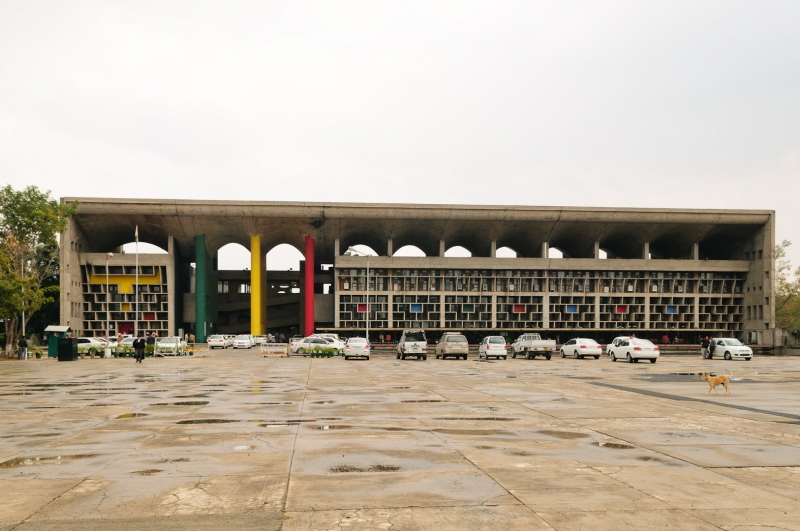 In Unadapted City, the resources of construction and architecture for first and fully utilized depending on the capabilities of interesting public spaces within the logic of scale, whereas here the inherited typologies of the traditional city rejected. These are indeed totally unsuited to the demographic explosion which can be regarded as a phenomenon on a planetary level. (…)

In a sense one could say that Luc Deleu the Manière de penser l’urbanisme resumes where Le Corbusier left, above a critical stance, justified by the crisis in modernist architecture and urbanism and stimulated by the bursting of the focal points in the postmodern era. For Deleu, Le Corbusier constitutes a reference point in the sense that he has pointed to a reality at the end of a life of research, which is still ours: Chandigarh (Punjab), a city that he should create is from scratch ( The urban plan dates from 1951, Corbu was 64 years old), he has chosen for his activity there to concentrate on the space, infrastructure and public buildings to allow thus to individuals the freedom in their home environment. This means – and this message is addressed to us – in many cases, architects would be better advised to remain aloof. As for living arrangements, are the microcosms designed as architectural manifestoes – with all pretense that goes with it – generally hollow. (…) (Raymond Balau) 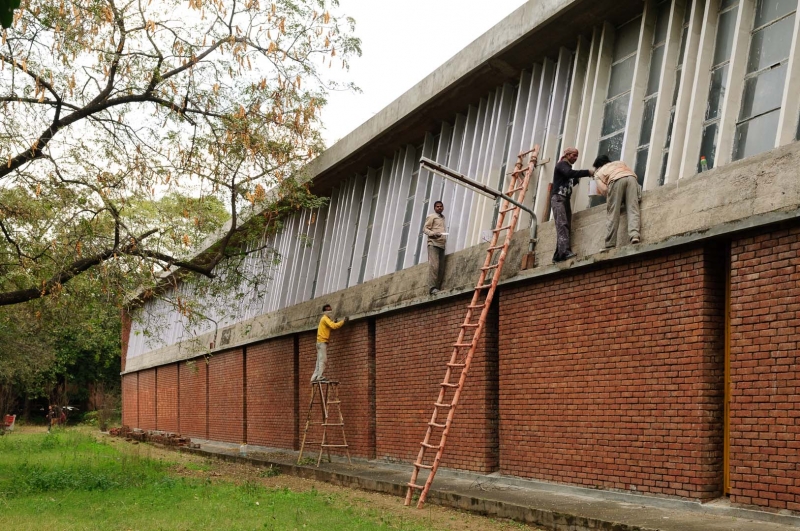 Building a new capital city is the architectural gesture par excellence with which young nations or regimes, literally, a place on trying to conquer the world map. The conception of such a plan is less than functional requirements tailored to representative ambitions. In post-colonial territories, the challenge is often to seek a new monumentality, which can express the emancipation and independence of the nation. The major examples are Brasilia, the new capital of Brazil, and Chandigarh, the new capital of Punjab (one of the 29 states that make up the Republic of India). Both cities are designed in the fifties of the twentieth century. We look for “60 years later”, the viability of these cities, to their reality and standing.

The publication Luc Deleu – T.O.P. Office: Orban Space explores and analyzes Deleu’s work through a conceptual topography based on seven terms. An ‘autobiography’ of T.O.P. office, an interview about perspectives of employees and an extensive illustrated list of “Works Exhibitions Writings complete the book.

As a visionary architect and artist who works in an architectural instruments, as thinker about public space – becomes in all these capacities and inspires architect Luc Deleu topics that have great contemporary relevance. He formulated among other ideas about openness, perceptions of food production in urban areas, a plea for the multiple use of the city and for individual organization of the living space, converting public monuments to social housing, et cetera. Authors: John Macarthur, Maarten Delbeke, Stefaan Vervoort, Felicity D. Scott, Wouter Davidts, Teresa Stoppani, Guy Châtel, Marjolijn Dijkman, UP (Koenraad Dedobbeleer & Kris Kimpe), Manfred Pernice, Luc Deleu, Kersten Geers, Metahaven, Aglaia Konrad 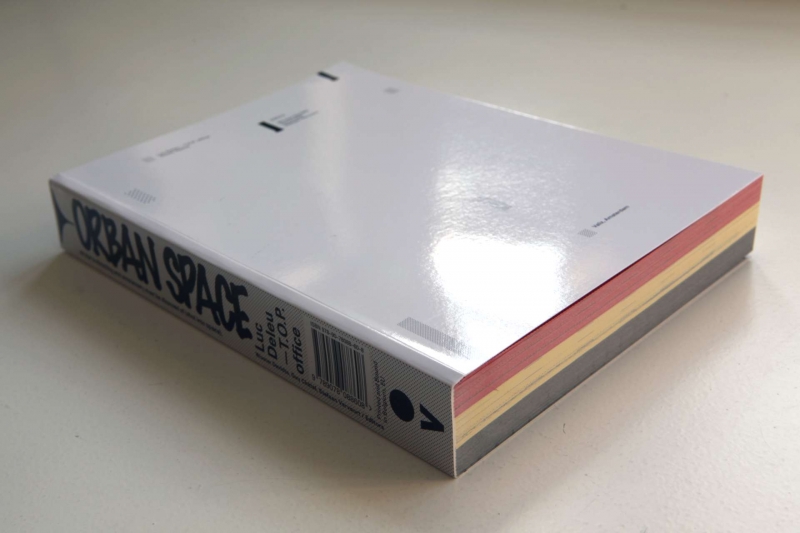