Snøhetta is one of the few Norwegian architects offices that reap international success. The fusion of architecture and landscape forms the central point in their conceptual approach. The best example is their design for the Oslo Opera. 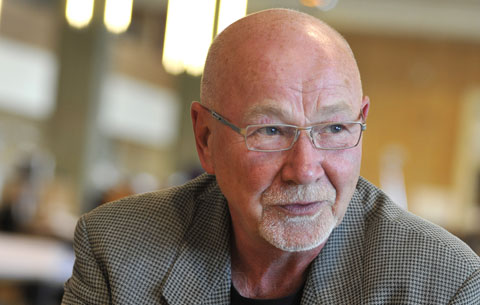 (autotranslated) Snøhetta is one of the few Norwegian architects who also reap international success. The fusion of architecture and landscape forms the central point in their conceptual approach. The best example of this is their design for the Opera of Oslo, which in 2001 reached 240 other proposals and in 2009 was awarded the Mies van der Rohe Award. 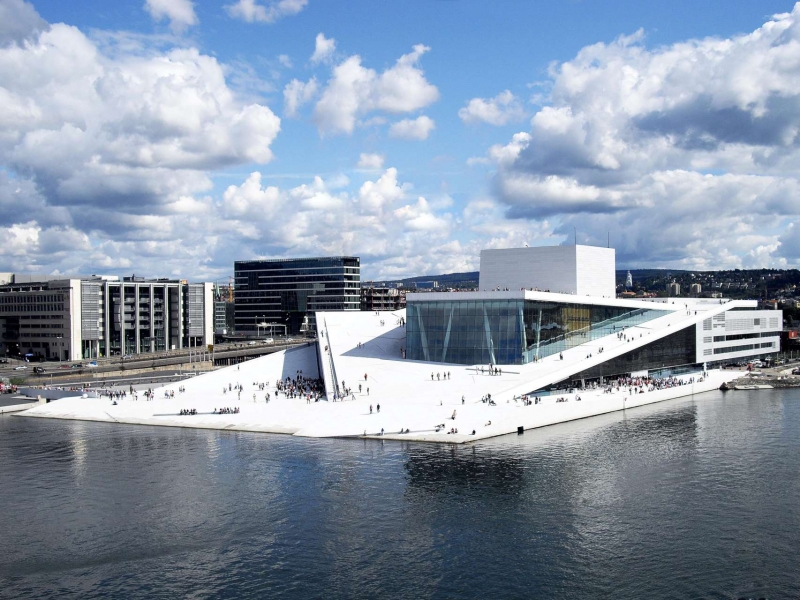 Christopher Hagelund The Norwegian Opera and Ballet, Norway
The roof of the opera house, which both the city and the fjord spans, was conceived as an extension of public space. In this way, this listed building is a kind of barrier between the mainland and the sea, and passers-by could easily look inside the building and enter. Snøhetta had already noted in 2001 by the Library of Alexandria. By a part of the building to bury under the earth, the artificial air conditioning could be replaced by an innovative natural climate system.

Snøhetta is currently working on other impressive projects: a cultural center, the National September 11 Memorial Museum at Ground Zero in New York, the Wolfe Center for the Arts at Bowling Green State, Ohio, the expansion of Ordrupgaard Museum in Denmark, the Mutrah Fish Market in Muscat, Oman, the King Abdulaziz Center for World Culture in Dhahran, Saudi Arabia, the construction of public spaces in and around New York City Times Square, and the expansion of the acclaimed San Francisco Museum of Modern Art. 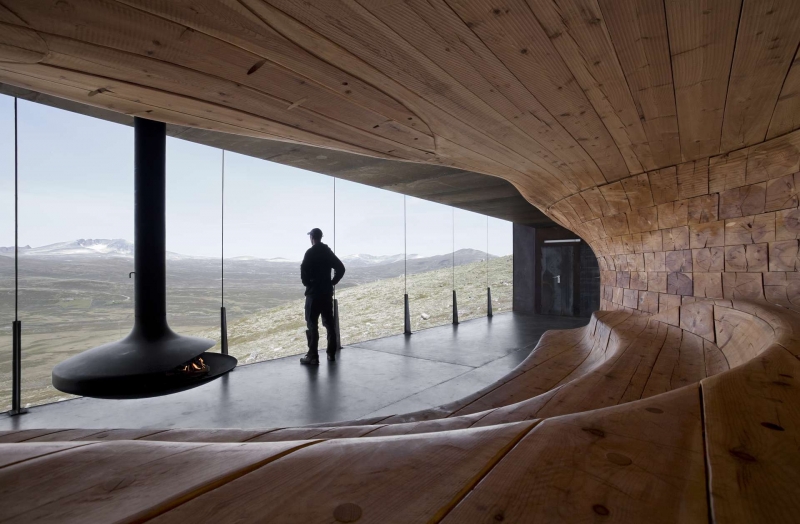 The Norwegian Wild Reindeer Pavilion
In 2004 received the architects of the Aga Khan Award for Architecture, and was honored in 2009 by Mies van der Rohe Award. The World Architecture Award, as the best cultural building in 2009, and the European Prize for Urban Public Space in 2010, both went to the Opera House in Oslo.


Snøhetta is since 1989 run by three partners: Kjetil Thorsen Traedel (1958, Haugesund) Tarald Lundevall (1948, Oslo) and Craig Dykers (1961, Frankfurt). They have offices in Oslo and New York and employ 120 employees from 17 nationalities. They are active in Europe, Asia, the Verrenigde States and Canada. Office name refers to one of Norway’s highest mountain peaks. The practice focuses on a multidisciplinary approach to study the conditions for each project from different perspectives. Respect for diverse backgrounds and cultures is an important feature of the desk. Snøhetta reflects this value in the composition of the bureau with designers and professionals from around the world.