The exhibition has evolved into a major research project which involves a lot of preparation time. Rem Koolhaas needed twice as much time as usual and asked the Biennale to last twice as long.

“The architecture is in poor health’ (Rem Koolhaas) 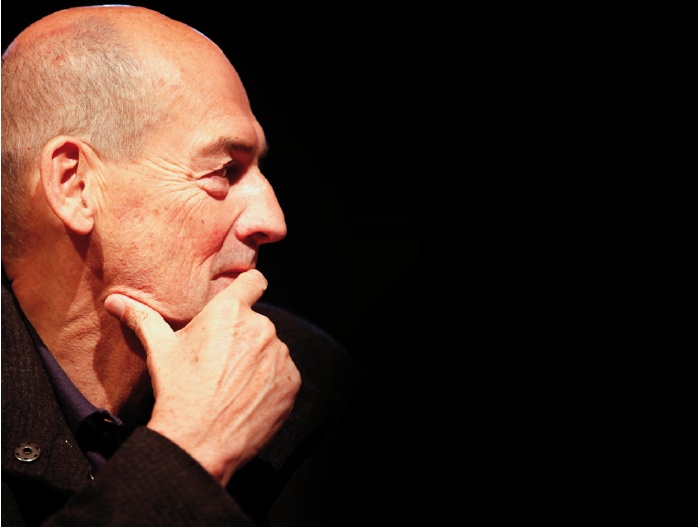 (autotranslated) The Dutch architect Rem Koolhaas, the curator of the 14th International Architecture Biennale. The exhibition receives the umbrella name of ‘Fundamentals’ and takes place at different locations in Venice. ‘Fundamentals’ looks at the evolution of architecture over the past 100 years.

“We want to sever all connections with the contemporary architecture, regardless of which many impressive creations, not in a good state of health,” says Rem Koolhaas. Modernity has brought about worldwide uniform buildings, according to him. He wants the other hand focus on the progress that the global architecture has undergone in the past 100 years. During previous Biennials according to Koolhaas, the focus was strongly on the worship of contemporary architecture.

“We hope it serious nature of the architectural profession what to take away,” he adds. “I think the architecture is too often treated as a very serious discipline, while it is actually very dynamic and lively”.

The exhibition has evolved into a major research project in which a lot of preparation time crawled. Rem Koolhaas has twice as much time as usual and asked the biennial this year also takes twice as long.

Three different complementary exhibitions at the Central Pavilion in the Arsenale and in the national pavilions in Venice provide a fresh look at the wealth of architecture. Koolhaas claims that “Fundamentals” will also emphasize the humor in architecture.

The exhibition “Elements of Architecture ‘in the Central Pavilion spreads out over several rooms which are inspired by a particular architectural element. Koolhaas wants to draw attention to the architecture itself and not on the individual architects. During this exhibition, there is no place for the latest trick of big names. It is a complete work that is to take all the elementary parts of the architecture under the microscope. The floor, roof, wall, window and door according Koolhaas in the years completely fallen into tribulation. Thus, for example, the window disappears completely into the glass façade and the ceiling is no longer a decorative and symbolic element but has become a given neutral and meaningless.

In the National pavilions operate the 65 participating countries on the theme “Absorbing Modernity: 1914-2014. “Absorbing Modernity ‘sheds light on the evolution of national architectural styles. Modernization has brought global uniformity according to the curator of architecture. In 1914 it was still useful to speak of a ‘Chinese’, a ‘Swiss’ or ‘Indian’ architect, but 100 years later, its national characteristics swamped largely fallen under the modernity in the sector. Yet a number of unique elements and attitudes persisted.

‘Mouth Italia’ takes place at the Arsenale in Venice. Here the history of Italian architecture is proposed. In ‘Mouth Italia “are dance, music, film and theater mixed with architectural installations.

The Venice Biennale since 1895 been going through. The Art Biennial is held in odd years, and the architecture biennale in even years. “We are universally recognized as the most important event architecture in the world. In our architecture comes into contact with the life and the society in general, “explains president Paolo Baratta off (AD).