The challenge for our overcrowded and too small planet is a total realignment of our space. Specifically for Flanders, the diagnosis is doubly painful: more than 32% is built area, and this in the most fragmented way. Leo Van Broeck reflects on land use and density, and links it to their own work. 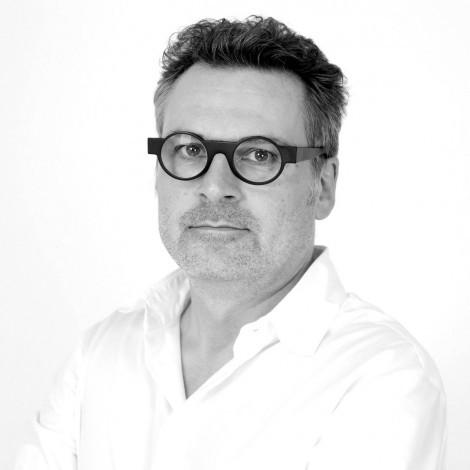 The challenge for our overcrowded and become too small planet is a total realignment of our land. Specifically for Flanders diagnosis doubly painful: more than 32% of built area, and in addition is done in the most fragmented way. Everyone lives everywhere, the allotment model cities do deflate and destroyed the country. Moreover, this is both ecologically and economically totally detrimental. We are European record holder in many ways. By spatial fragmentation we rely too much on the car. We have the largest number of hours per employee file, and the largest number of km away, and equipment (sewer, water, gas, cable, etc.) per unit. We have too many administrative entities and the largest percentage of politicians and officials.

In Flanders are killed annually between 8 million and 23 million animals. A migratory land animal crosses all us average 300 meters a way. We have an abnormally high energy consumption per unit of Gross Domestic Product, mainly because our car-dependent mobility and the heating of detached buildings. Our public transport is the most expensive and least efficient in Europe, not because of incompetence in the carriers but because of the impossibility of their task. Some think ‘green’ technology will solve everything, but it is not. A passive detached house in a car-dependent subdivision has an ecological footprint that 2 to 3 times greater than that of a non-isolated 19th century residence in the city. The impact of mobility and infrastructure is so great that you can never compensate with more insulation, solar panels, heat pumps and other energy-saving techniques 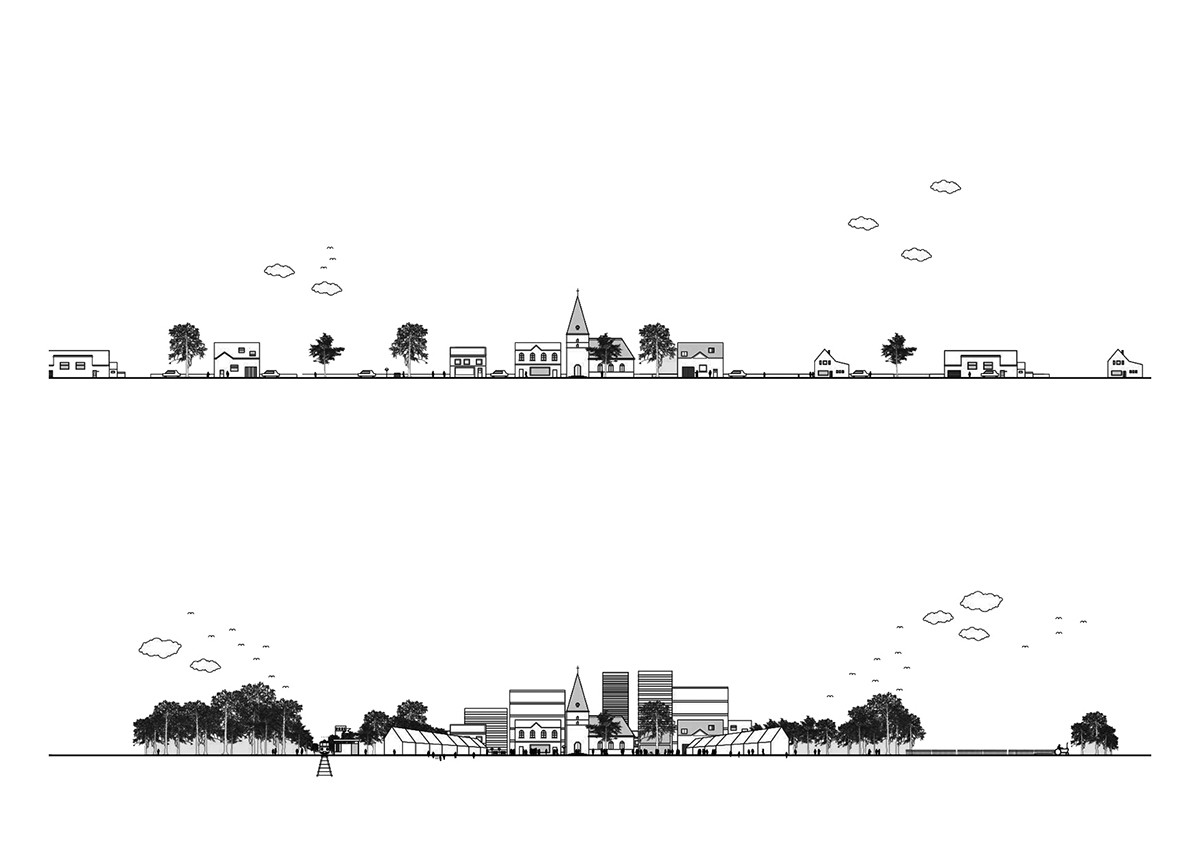 BOGDAN & VAN BROECK
It now focuses too much on climate, CO2, energy consumption, etc. while continuing to ignore the fundamental underlying causes:. Overpopulation on the one hand and excessive land use on the other. If we are not careful we are in the most ‘climate-friendly’ way yet the world beyond the broken building. Too much land is taken for human activity. An ecosystem survives as 25 to 30% of its fertile lands are not used by the dominant species. In Flanders, less than 2% of the natural area, which should be 25 to 30%. Some think that we should use more land because of our high population density, but that story is not true. Actually, our population density is very low. On the surface of our whole country, although we measured the 3rd-highest population density in Europe, but we spread this sarcastic 11 million people over so much land that we – measured within urban group – come in density on the 32nd place, being 4th last! The number of people per cultivated hectare has long been on the decline in our country. A country that is doing much better in Europe, the United Kingdom, 28% protected area and – within his village group – a very high density. If Belgium had the same density in its urban zone, attended today not 11 but 17 million people, without having to take into open space one additional m2 …
Moreover, has become our priceless housing by fragmentation. Live ‘on the outside’ is only seemingly cheaper at the time of purchase. Including mobility and infrastructure costs for residents and for the government, the allotment model is many times more expensive than the city. The fact that we have the highest tax rate in the world follows largely from our priceless spatial model. 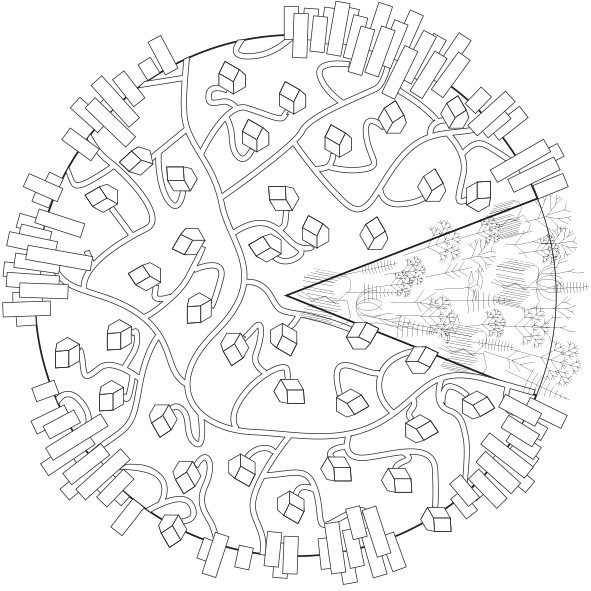 BOGDAN & VAN BROECK
Compaction combined with mobility-driven development is urgent for several reasons. Currently we have no large cities, not compact villages and almost no natural lake. We need to more city, more and more rural village. Housing must remain in the green can, but without detached houses. Villages are then – as a “Mont Saint Michel in the green” – micro-towns surrounded by nature and agriculture. All cores and nodes that are accessible in terms of good public transport, can be further compacted. All the ‘grit’ to housing estates, hamlets, and the ribbons between them to disappear over a period of 50 years. As one does with a clever system of land exchange and increase of the land value by at selected locations to allow much higher densities than the shrinkage of our urban footprint is the most economically profitable real estate operation of the coming decades. Also ensure compact residential areas for more human interaction, proximity to amenities, and is live downright enjoyable. Density – combined with a good mix of features – is also a way to teach people to live together again, to rebuild a community of solidarity. 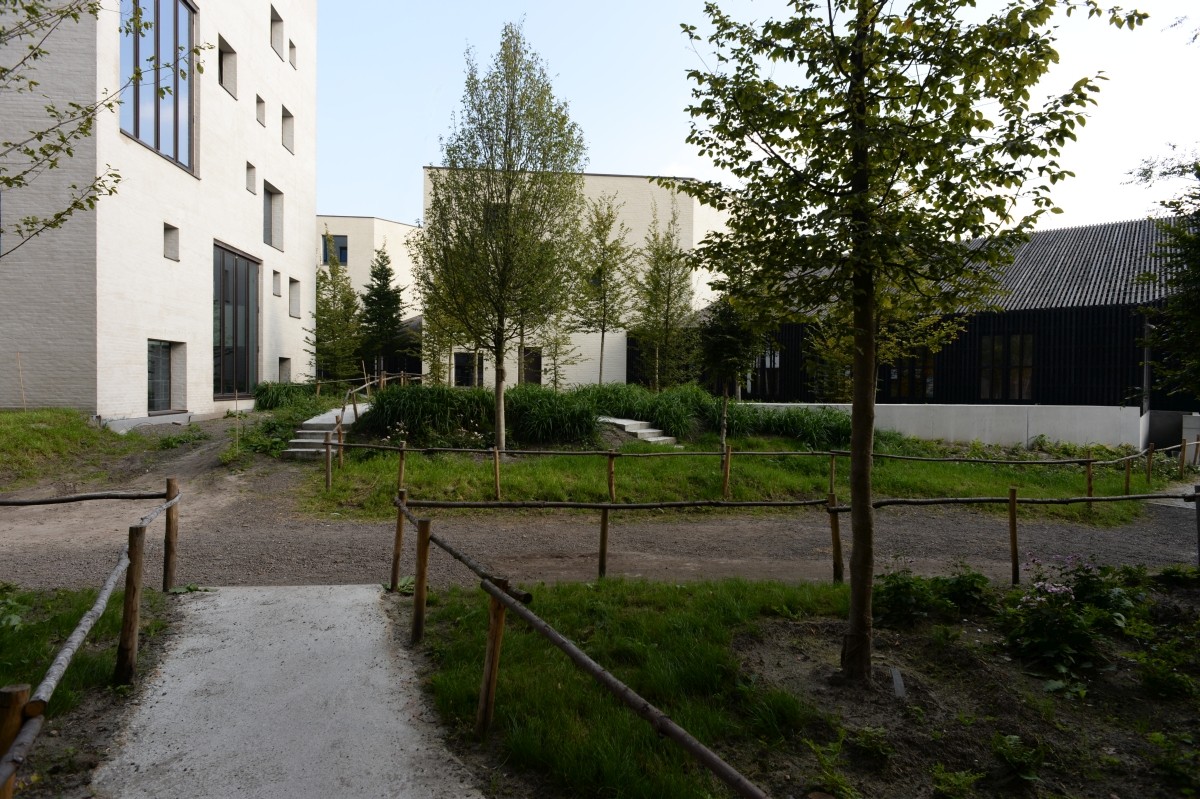 BOGDAN & VAN BROECK
In our office we try to apply these insights as consistent as possible. We resolutely reject over 10 years to build new detached houses, or doing new construction on greenfields or car-dependent locations. Actually, our whole industry (architects, urban planners, developers, etc.) for years complicit space waste. It is not allowed because some of the regulations that it is ‘right’. We have the ethical obligation to let go for the common good (and survival of the ecosystem should be clearly assigned to) the private interest; And since we do not have to be elected, we will be punished even less if we go straight down. We can no longer ignore the insights that always emerge more clearly from our knowledge and experience. The scarcity of available space has totally transformed our profession. Architecture has become a big piece of planning. Architects have the potential – the most accomplice cleans ever quiz parameters – to evolve into makers of a sustainable future. It is not about aesthetics, innovation, design, etc. It is operating on and in our biosphere, a living body that is very ill. That’s why we do besides concrete construction contracts also master plans, feasibility studies and awareness campaigns on compaction and efficient land use. And even if we teach architects and planners, we focus very strongly on land-use and high-quality urban development.