In 2050 Flanders is estimated to have one million more people than today. That’s 7 million people who all want to live in an affordable and good way on the same limited space in Flanders. To realize this, it will require changes in how and where we live. 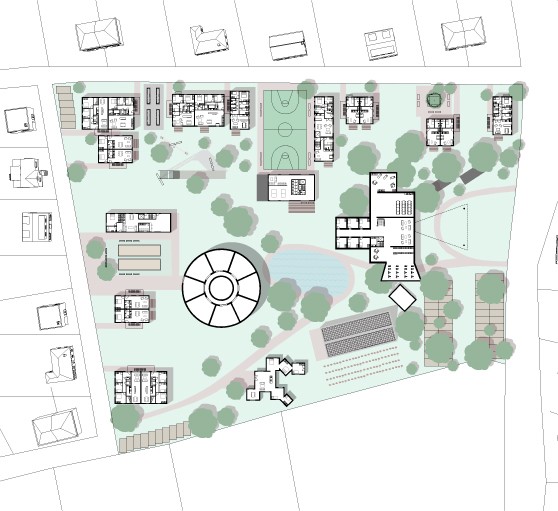 “By 2050, Flanders will have an estimated 1 million more people than today. That is 7 million people who all want to live affordable and well in the same limited space in Flanders. Realizing that requires adjustments in how and where we live. When he took office as Flemish Government Architect in 2010, Peter Swinnen formulated in his ambition paper Seven Memos for an enlightened building culture under the title ‘Critical Mass’ the wish to address the urgencies and challenges in the care and housing sector in Flanders. a quality example or pilot project. After the preparatory study Towards a visionary housing construction: Opportunities and challenges for a trend break in Flemish residential production, in collaboration with the competent minister, the Housing Agency Flanders, the VMSW and the Urban Policy team, an innovation process was developed that should lead to the actual realization of five Pilot projects in the field of housing. It is also important that the focus shifts from the individual home on the private lot to group housing and a more mixed living environment. This means more collectivity in building and living.

Flanders has a deep-rooted tradition of individual living. A private piece of land with a home of your own. The consequence is a progressive allotment of the territory. The fragmentation of the soil puts a brake on the renewal of living. It complicates initiatives of collective living and collective ownership. Models that have proven their value elsewhere in Europe or the world, such as land banks, land trust communities (CLTs) or building groups, are rare or even non-existent in Flanders. There are hardly any precedents for managing such legal constructions in the Flemish context. We have ended up in a vicious circle in which it is difficult to escape. The ideal of individual living has fragmented the ground and the fragmentation of the land perpetuates the tradition of individual living.
We are faced with the challenge of neutralizing the force of the plot – as the quantum or smallest indivisible unit of space – or at least for a short while in brackets. In this way, a project that exceeds costs can be created. That is exactly the use of the Pilot project Schorvoort in Turnhout. “