How does Bruges deal with the growing demand for specific facilities? How can Bruges avoid the threatening split between young and old by no longer offering sectoral solutions, but just focusing on what we can do together better? 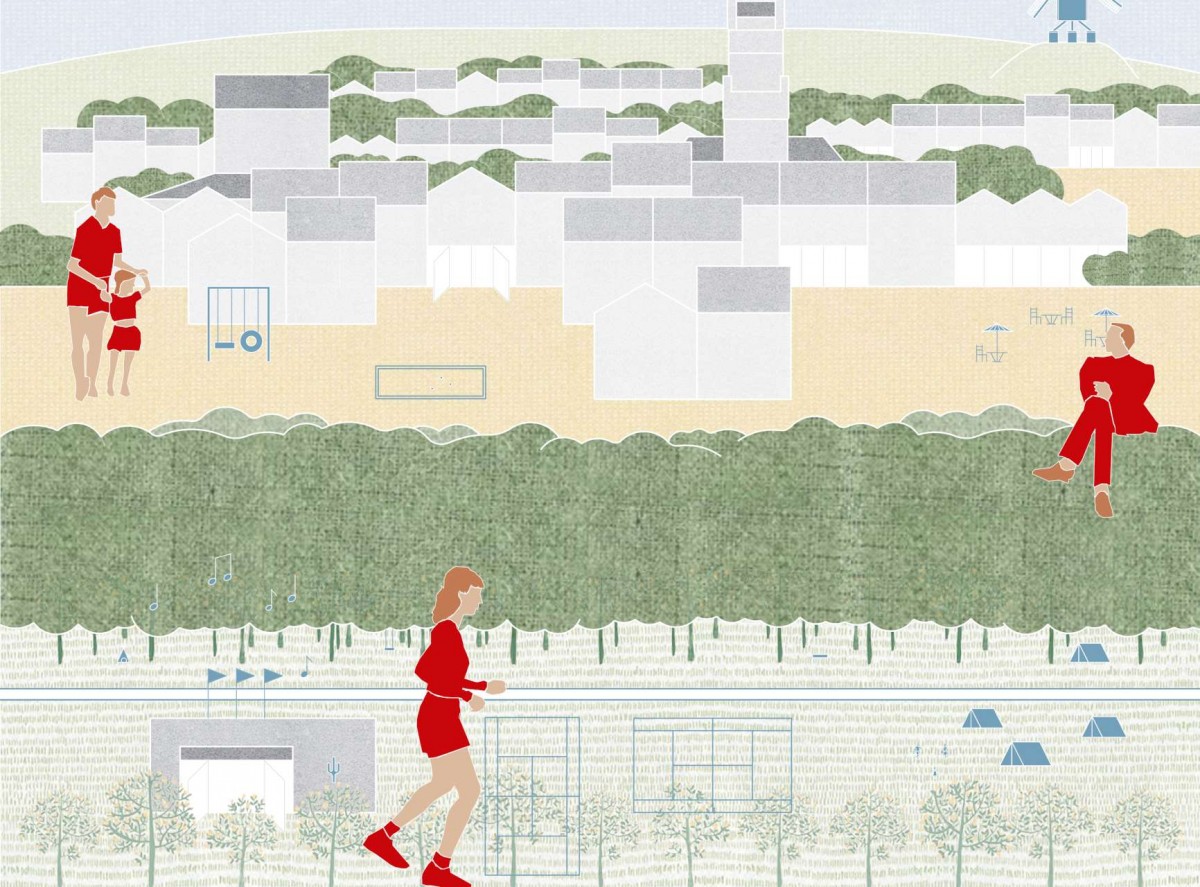 Together with Archipel and VormingPlus, the City of Bruges is organizing three city debates this autumn in response to the drafting of the new spatial policy plan for Bruges. Together with experts and policy debates are being held on the six urban images that form the core of a new spatial vision. Two themes will be brought to light per debate evening.

The title of the second debate is ‘Care Neighborhoods & Sports Paths’ and focuses on the city images ‘The relaxed city: space to move’ and ‘the solidarity city: space to share’.

How does Bruges deal with the growing demand for specific facilities? How can Bruges avoid the threatening split between young and old by no longer offering sectoral solutions, but just focusing on what we can do together better? How can we ensure that Bruges generates a relaxed network where everyone feels at home? How can Bruges become an active, solidary and healthy city?

Keynote speaker Paul Vermeulen will project his insights from spatial research in Utrecht at his hometown of Bruges. Then he enters into debate with the young architects of Brugs bureau Dertien12, with General Manager of AZ Sint-Lucas Niko Dierickx, with the Bruges city council and with the participants from the hall.

Paul Vermeulen (Bruges, 1962) is an architecture critic and lecturer and has his own architectural practice with Henk De Smet in Ghent. The office is responsible for the neighborhood health center Brugse Poort, the residential care center and childcare center Iglo, Antwerp Linkeroever and the agency also delivered important design research at Atelier Utrecht, ‘from cure to care’ at the Rotterdam Architecture Biennale in 2016. In 2011 he received the Culture Award Flanders. He once described his choice for architecture as “a naive enthusiasm for the streets and buildings of my hometown, Bruges.”

Thirteen12 (Lennart Claeys) is an architecture studio located in the center of Bruges. It was founded in 2009 by Peter Bernaerts, Lennart Claeys and Tom Gantois. Several of their recent projects contribute to the solidarity and the relaxed city: the Entrepot, Canal Swimmers club, cultural house the Republic, the Beweghal of the future, ….

Niko Dierickx is General Manager at AZ Sint-Lucas Brugge and comes from the professional field to give insights about the current challenges and insights of a large Bruges health care institution.

The new spatial policy plan for Bruges
The project team AWB / tailor-made designers / VOORLAND is working with the city of Bruges on a new policy plan that should replace the current Municipal Spatial Structure Plan. The new plan will provide a visionary framework for the future spatial developments of the city of Bruges. Moreover, the question of the design team is to think of the structure plan as an attractive document and process. The capital of West Flanders, like other cities in the region, is confronted with a strongly changed demographic and economic reality which is at odds with the existing instruments to spatially develop the area. By means of design research, problems are thematically bundled thematically, across the traditional sectors in a recruiting city story.

City debates and the week of space
A series of intensive workshops with city services, civil society organizations, higher authorities, citizen groups and other stakeholders translated opportunities and assignments, ambitions and needs in a clear development direction. This resulted in the design of various city images, which are shown for the first time at the Bruggelingen in ‘the week of space’. This happens in two ways. On the one hand, the images are printed on promotional bicycles that will travel around the city and in which numerous events will be organized. Here a troubadour will explain the city story to a wide audience. On the other hand, it is also a moment of reflection. In this week, the first city debate will continue, which will focus on the urban images ‘the productive city: space to make’ and ‘the blurred city: space to flourish’. 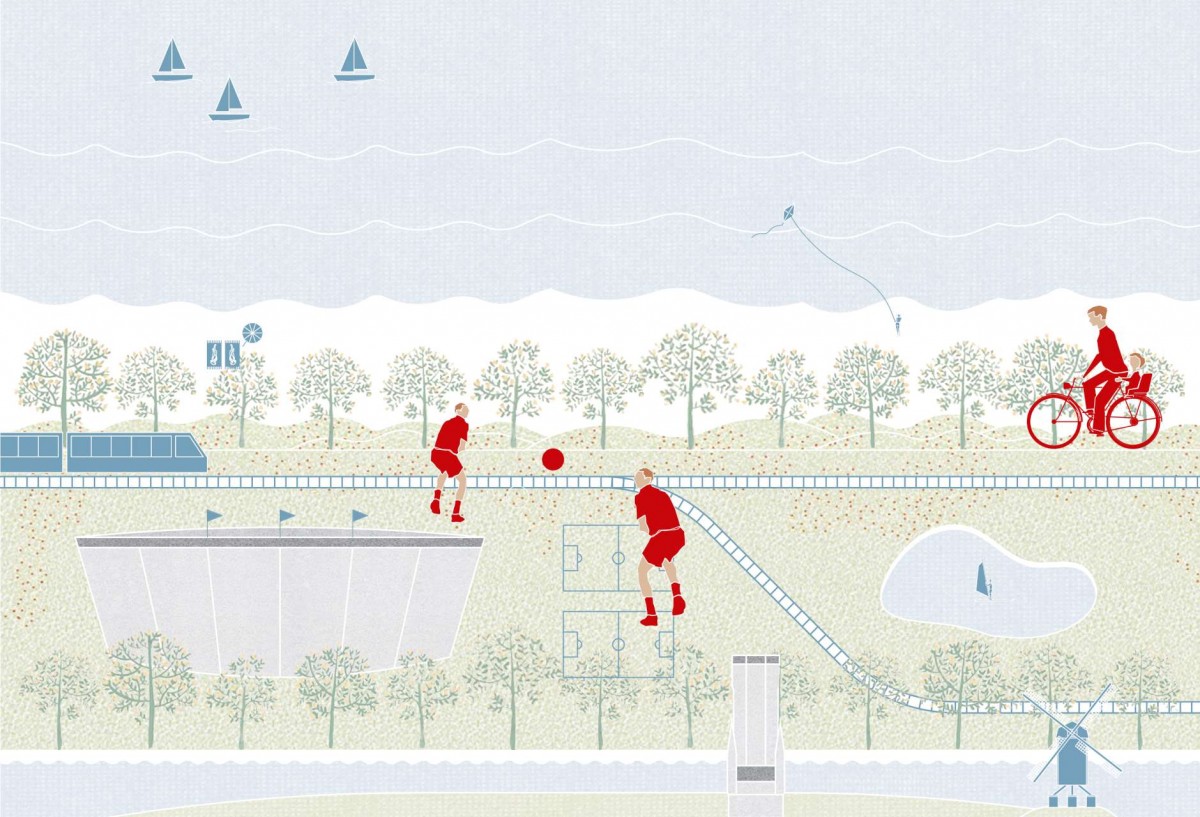 The third debate will focus on the images * ‘the solidarity city: space to share’ and ‘the relaxed city, space to move’. *
More information about ‘the week of space’ and the process of the spatial policy plan can be found on bruggemaaktruimte.