The American photographer Julius Shulman knew better than anyone else to immortalize the spirit of mModernist architecture in his magnificent images. As a young talent, he was scouted by Richard Neutra and became a world icon. This 2008 documentary shows his life and explores his work.

To close the working year, we organize an online film evening about a suitable subject in these image-heavy times. COVID has also caused us to be even more reliable on our screens than ever before, which is why we chose the documentary film VISUAL ACOUSTICS: The Modernism of Julius Shulman.


The American photographer Julius Schulman (1910-2009) knew better than anyone how to immortalize the spirit of Mmodernist architecture. His way of photographing as a young assistant photographer caught the attention of Richard Neutra. He captured the work of almost every modern and forward-thinking architect since the 1930s, including Frank Lloyd Wright, Richard Neutra, Rudolph Schindler, Gregory Ain, Pierre Koenig, John Lautner, Frank Gehry, … His often-reproduced images contributed creatingto the iconic status of those buildings. His best-known work, a portrait-shaped shot of a floating glass volume illuminated from within and looking out over the nightly lit grid of Los Angeles below, is an image of Case Study House # 22 designed by Pierre Koenig.
Julius Shulman’s photos of California Mmodernist homes define how we look at this architecture and depict the lives of their residents. His images remain on the retina, each photo unites the perception and position of a building in the American landscape. Shulman’s photography, commissioned by New York magazines, put designers such as Charles Eames in the spotlight and made them known to the general public.

This unique film shows the evolution of modern architecture on the one hand and an optimistic portrait of a man who managed to export this architecture worldwide through unforgettable images. Julius Schulman was an architecture photographer, nature lover, mentor and critic of urban forms. As a prolific author, consultant, speaker, exhibitor and editor of his own extensive archive, Shulman remained active until his death in July 2009, at the age of 98. He donated his complete archive to the Getty Research Institute. 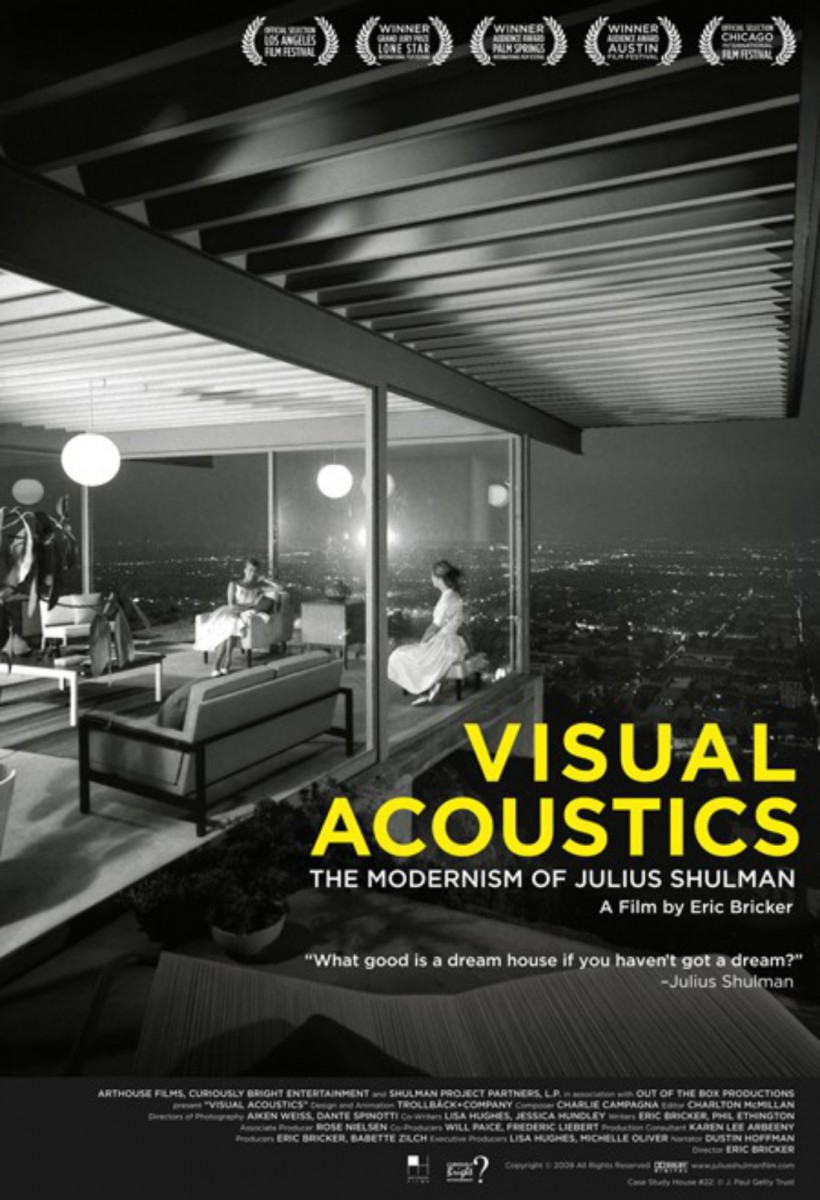 The film VISUAL ACOUSTICS was directed by Eric Bricker and portrays the career of Julius Shulman through testimonials from friends and family. Interviews with Tom Ford, Ed Ruscha, Dante Spinotti and Frank Gehry give the viewer a deeper insight into Shulman’s photographic genius.

With this film we close the working year UNSPOKEN with striking images.

The film is in English, with Dutch subtitles.