Archipel on the go, on foot or by bike, to discover architectural gems in Flemish cities. Let’s explore together! 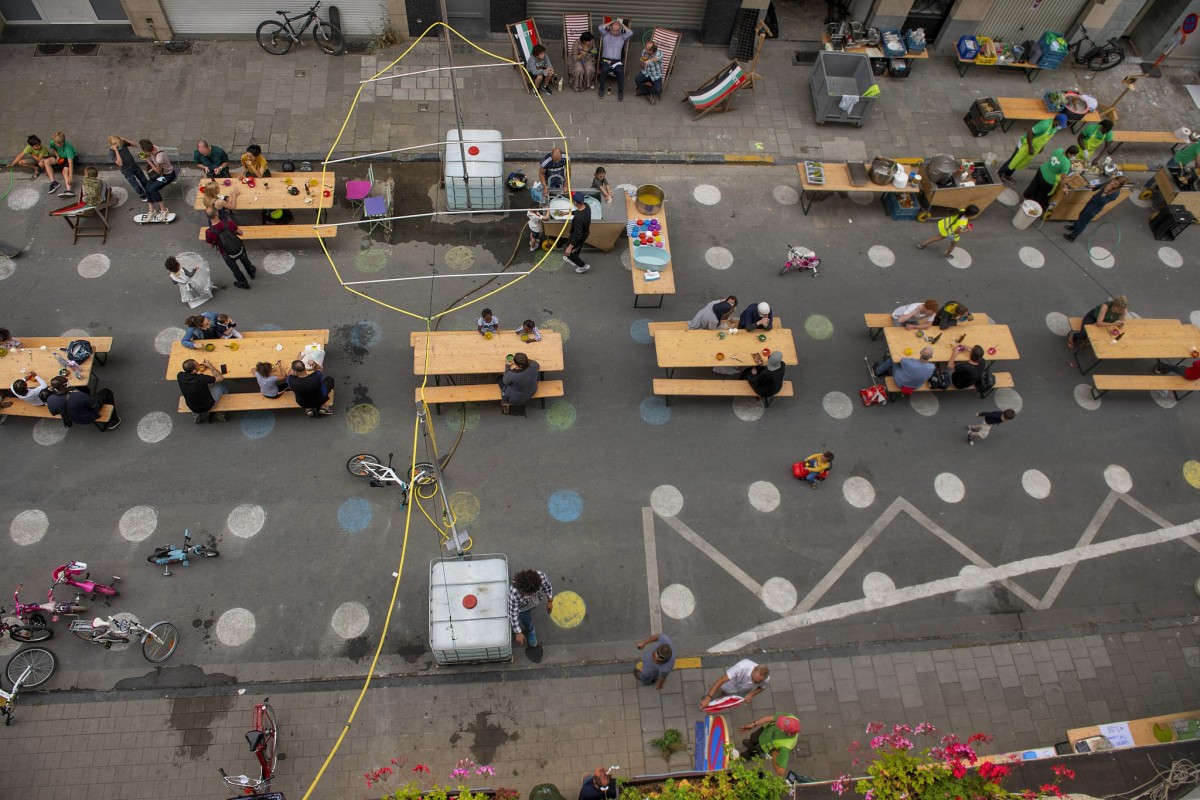 
This autumn Archipel will settle in Brussels. During two days we visit a selection of exciting projects in which architects and urbanists take up the challenges of living, working and relaxing in a contemporary metropolis. The buildings and public spaces that we visit by bicycle include initiatives from both the government and committed citizens, but they each form a link in the bustling city of the future.

In 2018, the hard conclusion of the Regional Development Commission on the future plan for Sustainable Development was that the Brussels Region lacks ambition and vision for the city of tomorrow. In the meantime, it is no longer an art to describe Brussels from a negative perspective, Baudelaire did it for Donald Trump a century and a half ago. And yet many Brussels residents will say that they love their city, despite all its contradictions and flaws. Archipel also has a great affinity for Brussels. The Brussels-Capital Region connects Europeans and Belgians, across cultures and governments. Just in these times, ‘together’ is more important than ever, as is also discussed in our annual theme of Togetherness.

The government may not have a global vision for the city of tomorrow, but Archipel discovered places, ideas and ambitions in projects that do convey a vision for a city of today and tomorrow. This is beautifully expressed by Myriam Stoffen, director of the Zinnekeparade in Brussels for more than ten years, when she talks about ‘tying knots in the city’. Based on the idea of a shared Brussels, Archipel went in search of these buttons in our city. Fascinating projects that want to be a node in the city crossed our path.

This time, Archipel will cross the city of Brussels (Brussels Capital Region) by bike and this time in a two-day trip. One day the focus will be on projects around the Canal Zone: the developments on Tour & Taxis with dazzling projects such as Gare Maritime, the Herman Teirlinck Building (both signature of Neutelings-Riedijk), but also fascinating landscape interventions such as the Tour & Taxis park (Bas Smets and Michel Devigne) and the Pannenhuispark (Landinzicht, MAAT, BAUKUNST) that opens up the site all the way to Laeken, a residential project and square of the Brussels architectural firm PT architecten in the heart van Molenbeek, … all projects that testify to the dynamics currently underway in and around the canal. The other day, high-to-low projects, from Schaerbeek to Saint-Gilles, are visited. Among other things, the very inspiring ABC-huis, a ‘school for life’ with a mission that has no equal in the wider area (HUB), next to it is the Zennepark, a public garden as a kind of promenade on top of the former bed of the Senne (La Compagnie du Paysage), the project MAD, a renovation of a number of industrial buildings in the heart of Brussels (V+ and Rotor), the BRONKS theater (MDMA) and *Les Ateliers Claus * (Ouest), a project that responds to the contrast between the program (a concert hall) and the immediate environment (housing).

As always, the program may change slightly and it is possible that an interesting project will be added at the last minute. The ambition is mainly to let the architects and users have their say and to share ‘their’ Brussels with you.

The participants are divided into four groups of fourteen people each and one Archipel guide.
The height differences in Brussels are certainly a challenge for the average cyclist, so electric bicycles are recommended. The total route of the cycling tour is approximately 30 km. This means 3 hours of effective ‘cycling’ spread over two days.

The program starts and ends on both days at the Congress Column, a ten-minute walk from Central Station and runs from approximately 9 am to 7 pm.

If there is great interest, it will be considered to organize the bike tour a second time.