Flemming Lassen and Arno Jacobsen had just completed in 1919 their classical training, but now shared a dream with the European avant-garde architecture where science and technology are able to loosen body and mind in open, lit spaces that are responsive to the position the sun.

Ole Wedebrunn is a professor at the Royal Academy of Fine Arts in Copenhagen and chairman of the Docomomo Specialist Committee on Technology. He published several books and articles on the architecture, use of materials and technology of Modernism (publisher of the book Docomomo Scandinavia – Vision and Reality and the catalog Eastern Cemetery, exhibition about the cemetery of Sigurd Lewerentz). Ole Wedebrunn will give a presentation on the Danish Modernists (including Kay Fisker, Arne Jacobsen, Jørn Utzon and Sigurd Lewerentz) within the framework of the trip to Copenhagen and Malmö in May 2006. 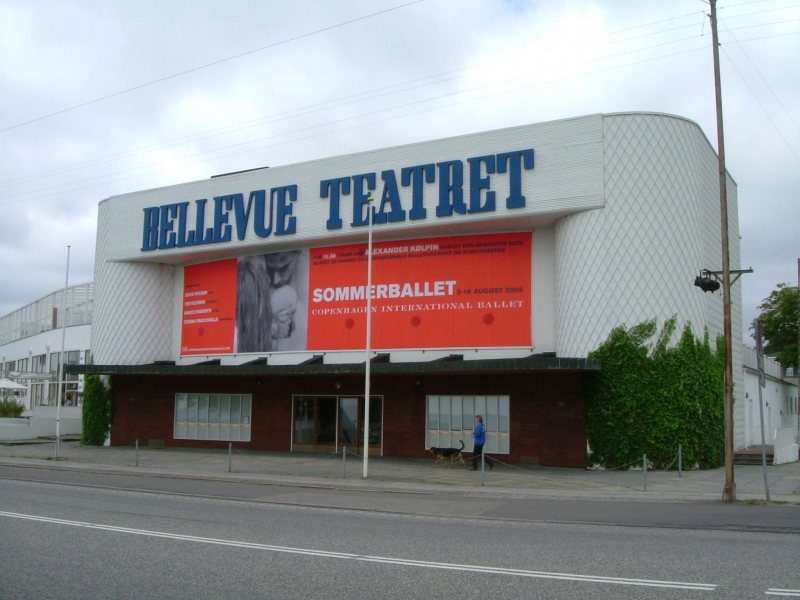 (autotranslated) “Actually it was intended mostly as a joke,” said Arne Jacobsen years later and Flemming Lassens contribution to the exhibition house of the future at the Forum of 1919. Welding and Jacobsen had just completed their classical education, but shared a dream with the European avant-garde architecture in which technology and science are able to let go of body and mind open, lit spaces that are responsive to the position of the sun. The materialization of foreign trends by welding and Jacobsen was absolutely modern and did crave a generation of young Danish architects for new international ideas. In 1927 Poul Henningsen gave the light of the incandescent lamp form. He strove to those in scientific terms express what he felt as true and correct and sent out that the form should not arise from aesthetic principles, but would grow out of profound, rational studies of function. For example, Henning Sens lamps become universal products. They embody the vision that the most special feature of Danish Design is a samenvloeisel content and expressie.Vanuit seen European position had Denmark and the other Scandinavian countries have made a name as an architecture countries par excellence, but the exhibition in Stockholm in 1930 changed this in.

Erik Gunnar Asplund gave modern architecture unprecedented lyrical interpretation and a number of pavilions and exhibition buildings etaleerden effortlessly poetic and elegant alternative to the dry objectivity of Bauhaus and dogmatic geometry of De Stijl. Alvar Aalto immediately took Asplunds ideas and numerous Danish architects came that year from Stockholm back with an abundance of new ideas. Among these was also Vilhelm Lauritzen had gone through the Academy from 1914 to 1921 and who was severely grounded due to excavations in Greece in the Classicism. Lauritzens early work is true to these ideals, but after his visit to Stockholm changed its architecture drastically and in 1930 he became one of the leading figures in modern architecture. Like Poul Henningsen was fascinated by new technology, also showed Lauritzen fascinated by the enormous technical requirements in buildings, in particular through reinforced concrete. Finn Juhl was one of Lauritzens employees and a large part of the interior of the Radiohuset of his hand. Juhl was trained as an architect in 1931, but mainly Danish furniture art famous for worldwide.

Arne Jacobsen had the thirties, a very productive period without getting tangled up in public debates or actions of the Academy. Alone or with multiple partners, he focused on designing and building. His life’s work or “the white city on the water” unfolds with masterful elegance just outside the Danish capital, alongside its famous beach facilities and property chains from the fifties and sixties. Jørn Utzon, Halldor Gunnløgssen and Erik Christian Sørensen were part of the group of young architects who fled to Stockholm during World War II. Their exile brought them into close contact with the Swedish architecture that light as a creative element and the interplay between landscape and building moved forward as the main architectural elements. Among their lasting impressions can the architecture of Ragnar Østberg, Gunnar Asplund and Sigurd Lewerentz are counted. By the end of the forties, the young Danish architects turned to the United States for new impulses. In a number of family houses by architects such as Richard Neutra, Rudolph Schindler and Ray & amp; Charles Eames, they discovered new ways of expression.

Inspired by Le Corbusier’s design language, developed Mogens Lassen architecture as a lyrical framework for a modern, poetic existence. His main work is an unusual housing project of individual houses from 1935-1943 on the site of the former Fort Christian Holm in Klampenborg. Many of these houses are based on Le Corbusier’s five points for a new architectuur.Deze development is in line with the clear architecture of Kay Fisker from 1910. Both through its own work and through his teaching at the Academy, Fisker has made an enormous contribution to develop new housing typologies for apartment buildings. The rhythmic accumulation of volumes and the informal meeting between building and environment, along with a warm materials and detailing contribute to the relaxed atmosphere that has since been synonymous with the best Danish housing. In 1952, Kay Fisker summarized his work together under the term “functional tradition” as a universal modern architecture based on anonymous building cultures. This approach resulted from Jensen-Klint’s admiration for Scandinavian architecture and his call to democratize architecture through the rediscovery of lost connections with tradition. As Jensen Klint nicely put it in 1909: “Rehearsal creates perfection in everyday things, renovation perfection over the centuries.”