Designer and architect Marcel Breuer (1902-1981) can be counted among the most important and influential designers of the twentieth century. – An exhibition in the CIVA in Brussels. 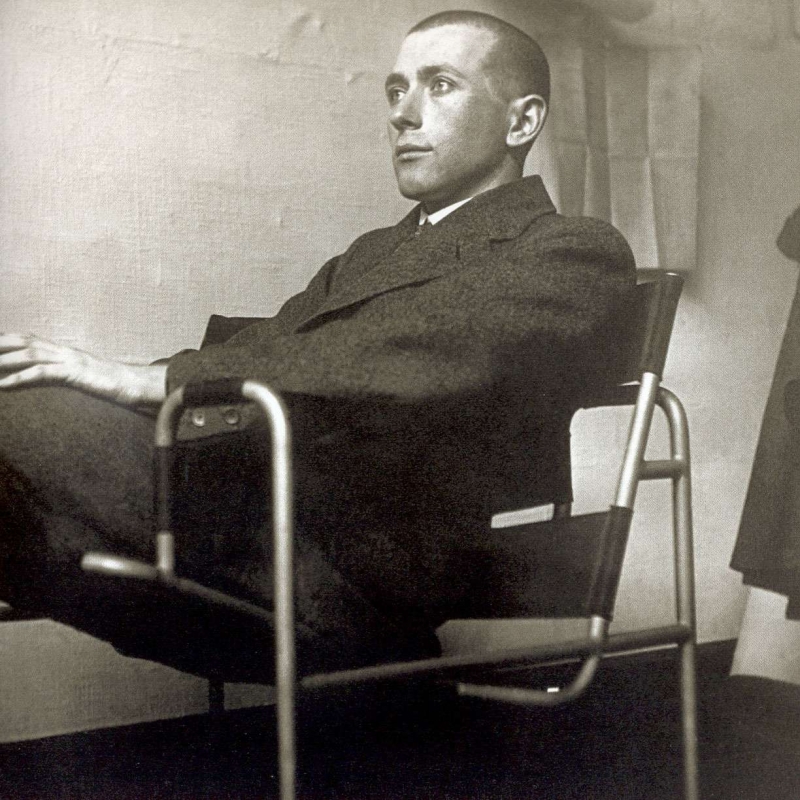 (autotranslated) Designer and architect Marcel Breuer (1902-1981) can be counted among the most important and influential designers of the twentieth. – An exhibition in the CIVA in Brussels. From his studies at the Bauhaus in Weimar, the young Hungarian do with a number of the Dutch movement ³The Stijl² inspired furniture creations, people talk. In 1925 – he was then barely 23 he stands at the cradle of the almost revolutionary invention of the metal tube furniture that is considered his most important contribution to the history of design. Breuer’s creations based on a tubular steel structure, such as the famous Wassily armchair, Bauhaus stool or several seats on arched supports symbolize the design of an era, just as the legendary Bauhaus Lamp from Wagenfeld. They were copied in millions of copies and have long since taken place among the great classics of the modern era.

But the tubular steel furniture Breuer are not the only ones who have gained worldwide fame. His furniture in aluminum and stratified wood that were designed in the thirties, also occurred in the history of design and were a source of inspiration for the next generation of designers. The legendary interior designs Breuer are today recognized as an essential part of his oeuvre.

In the first place, architect

Even though he was switched to several years of the status of student of the Bauhaus into that of a furniture designer and interior decorator, which gave him the appreciation and awareness of the entire avant-garde scene in Europe, Breuer considered himself first and foremost as an architect. The latest from the mid-twenties, he considered architecture as the main purpose of his occupation. After a rather slow start in Europe and the United States (since 1937), mainly due to the economic crisis and the Second World War, was his activity as an architect from the mid forties drove on. The office he opened in New York, devoted himself in a first stage in the construction of private homes.

Sculptural use of concrete

But from the beginning of the Fifties, Breuer also managed to achieve a large number of prestigious projects, some of which gained international fame, such as the headquarters of UNESCO in Paris (1952-1958, in collaboration with Nervi and Zehrfuss) or the Whitney Museum of American Art in New York (1964-1966). It is during this period that he developed the technique that would bear his mark, especially the sculptural use of concrete, which he particularly appreciated for its plasticity and its massive character. With a master hand, he managed to exploit the construction properties of concrete to create so extraordinary spatial creations, including in the first place churches should be mentioned. He also made use of this material for the plastic construction of his sculpted facades. Because of this he wore a decisive way to the development and refinement of the formal language of modern architecture.

The retrospective of the work of Marcel Breuer, organization and realization of the Vitra Design Museum, is the first exhibition that attaches equal importance to the various fields in which the master was activated. Where the thematic exhibition will trace the quasi totality of the main works of the designer in the field of furniture design, his very rich architectural oeuvre mainly represented by means of 12 buildings that were chosen by way of example. Entitled * Materials *, the exhibition presents the design of Breuer in a chronological order. It relies on the fact that the designer in the creation of furniture has been used successively four different materials, in particular solid wood, steel tubes, aluminum and plywood. Besides the exhibited furniture, show drawings, furniture catalogs and a large number of contemporary foto¹s of interior Breuer, the different facets of his work as a designer. As for the architectural work of Breuer, the exhibition opted for different representations. It is built around twelve models that were produced specially for the exhibition. Under the title “Motivational” the exhibition presents finally the core elements of the creative vocabulary of Breuer, who may also be considered as interfaces between its different creations.